Vegan in Chile — The Best Plant-Based Restaurants & Vegan Food Brands in Santiago & Beyond! 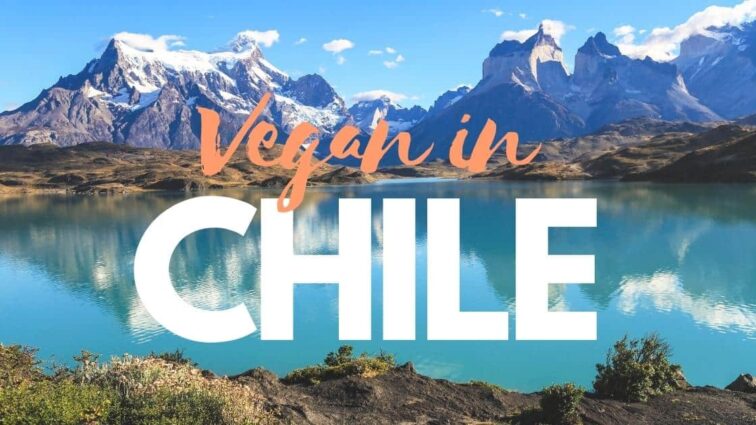 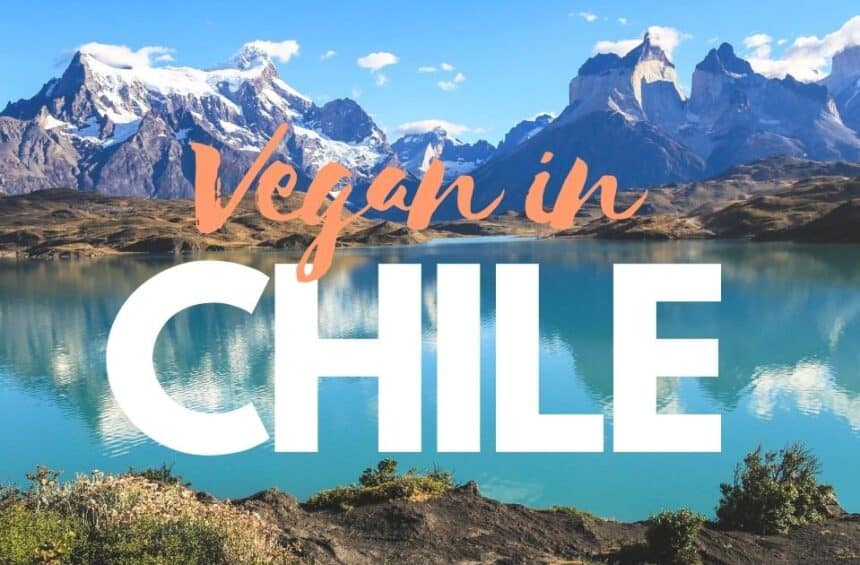 Looking for the best vegan restaurants and options in Chile? This is your guide to plant-based, dairy-free, vegana / vegano finds in this beautiful South American country. We cover vegetarian foods in Santiago, how to veganize Chilean food, and how to ask for vegan options in Spanish when you’re traveling in Chile.

The Republic of Chile has a population of 17 million people in South America. While it’s one of the least populated countries, it has an impressive economic growth rate that’s one of the highest in Latin America. Known as the longest country in the world (seriously, look it up on a map!) it has an incredible range of climates and geography from deserts in the North to rainy forests and lakes in the South plus gorgeous beaches in the central region. While Chile may not strike you as the most vegan-friendly destination at first, when you take a deeper look you’ll find a mesmerizing web of delicious vegan restaurants, meals, brands, and plant-based food options throughout the country.

Santiago, the biggest city in Chile, contains 40% of Chile’s population and is notably the most vegan-friendly area of Chile. It’s Chile’s capital and according to Forbes magazine, it’s South America’s fastest-moving city. The port city has a metropolitan feel to it due to over 6 million residents occupying 32 square miles and is a hub of vegan innovation. Popular brands like Not Co (the makers of Not Milk) originated in Chile, and we’re excited to share the other vegan gems you’ll find there.

Santiago also has an impressive transit system for getting around efficiently and quickly, however, it can be crowded during rush hour. For outdoorsy people looking for epic hiking trails outside of the city, Chile has Colchagua and Maule which host several national parks and reserves within their borders. If you’re a surfer you’ll probably enjoy Chile’s Pacific coast. Large cities in Chile also include:

What Type of Food is Eaten in Chile?

The traditional Chilean cuisine is focused on the use of local ingredients such as potatoes, beans, beef, seafood caught near the coast line, and wine. If you’re looking for delightful vegan alcohol and spirits, Chile has amazing wine. Truly amazing, you need to try it!

While Chile does have strong Indigenous origins, it also has some European roots due to 300 years under Spanish rule, Chile has developed its own unique culture thanks to immigration from Asia and the Middle East which means its food is very special. Some fun Chilean foods include:

Fortunately, Chileans are very open-minded when it comes to taste, so vegan Chilean options are more accessible than you might think. The food that Chileans eat tends to be fresh, simple, hearty, uncomplicated, and delicious. To keep the ingredients local, Chile has instituted laws that forbid large corporations from importing or selling food. Note: they have very strict customs agricultural laws so make sure you don’t have any fruits or veggies in your luggage when you enter the country or they might fine you.

You’ll find vegan Chilean options everywhere you go if you explore local restaurants as well as grocery stores. Santiago is a bustling city and there are a large number of vegan options of international cuisine or Chilean cuisine.  Among the vegan options, Chileans enjoy are: cafeterias where you can sit down and eat sandwiches, pastries, salads, and casual food, outdoor seating at parks and outside at restaurants, Chilean coffee shops (coffee is vegan!), and several vegetarian restaurants where you can find American-style dishes like veggie burgers as well as local Chilean food.

Some of Chile’s most popular Chilean dishes can be veganized if you ask at a Chilean restaurant or churrasquerias (grills). Sushi places are also another great option since they almost always have a “veggie” option and you can customize any of their sushi rolls. Another easy vegan option there are their vegetable gyozas and vegetable tempura platters.

Vegan and Vegan-Friendly Restaurants in Santiago:

Vegan-Friendly Restaurants in Chile (Outside of Santiago)

You can find vegetarian and vegan restaurants, grocery stores, and options wherever you go by searching “vegan” on Yelp, or through the Happy Cow app.

In addition to eateries, there are always vegan Chilean options in convenience stores and grocery stores, just make sure you read the ingredients carefully and you will be surprised. You can also load up on local fruits that grow abundantly in Chile such as bananas, apples, strawberries, oranges, limes, grapefruits, chirimoyas (or “custard apples”), lucumas, papayas, passion fruit, nectarines, peaches, mangoes, and avocados.

The number one thing you’ll probably notice is the abundance of plant-based milk options. You’ll find almond milk, rice milk, soy milk, oat milk, coconut milk, and more. This vegan drink revolution has also reached Chile and Chileans can choose from a wide array of vegan milks at the grocery store. The vegan milk brand Not Milk was founded in Chile!

Best Fruit to Eat in Chile

We love exploring local fruit wherever we travel. It’s always vegan! Here are some of the most common and loved fruits you’ll be able to enjoy in Chile.

We hope you enjoyed this guide sharing the best vegan restaurants in Chile and Santiago and other amazing vegetarian options the country has to offer! If we missed any of your favorite vegan restaurants, brands, or plant-based finds, please do show them some love in the comments below. Cover photo from Canva.com. This article may contain affiliate links that support our work at World of Vegan.