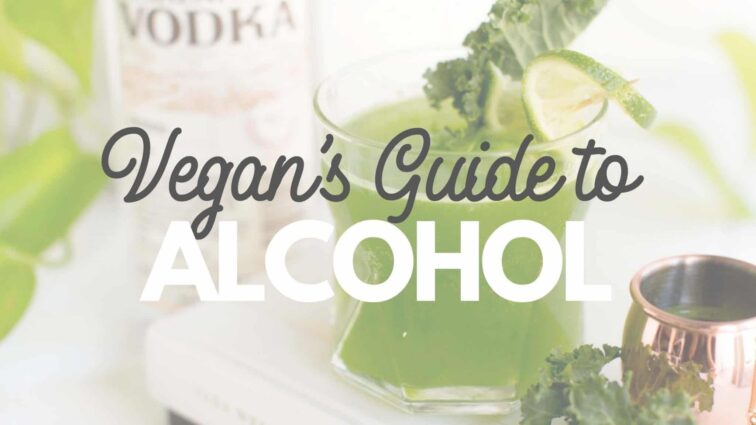 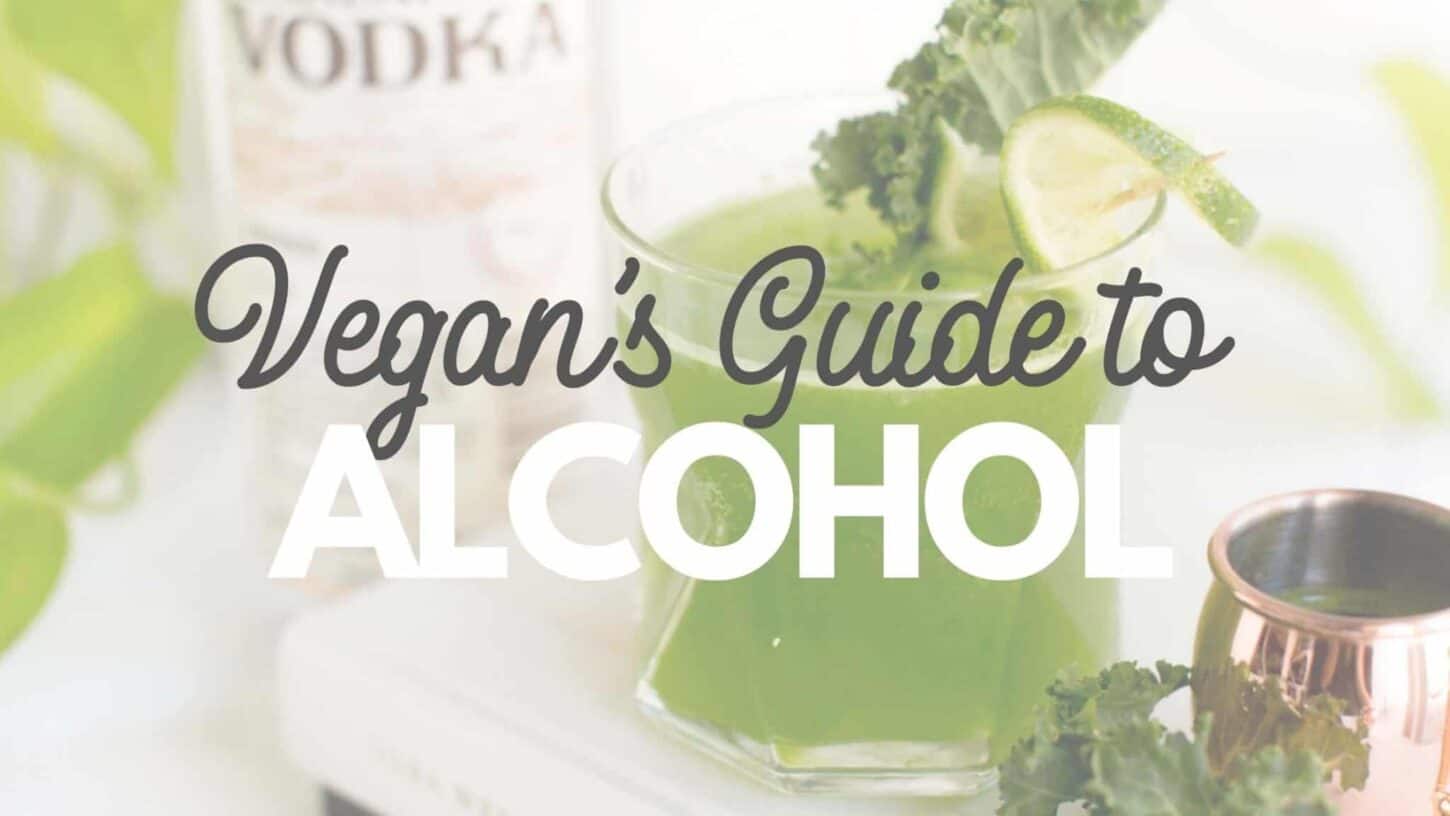 It’s been a long day; you deserve a drink! But wait, is alcohol vegan? Alcohol, a product of fermentation, should always be vegan, right? Not so fast.

While it’s true that the base ingredient is some sort of plant-based sugar, such as the natural sugars found in grapes that make wine, barley that makes beer, apple that makes hard cider, and so forth, there’s a lot more going on than what meets the eye.

Beyond the label, there are some unsavory ingredients used for processing that don’t need to be listed, and you might be surprised to learn what’s in your glass. Fear not, dear reader! We are here to ensure that vegan alcohol will be the only libation filling your glass.

Why Isn’t All Alcohol Vegan?

The biggest source of hidden animal products in alcohol comes in during the final stages of filtration. Traditionally, everything from fish bladders to bone powder have been used. Here are the top offenders on the list today:

Antiquated filters that were previously common but have fallen out of favor for more modern additives include the following:

Since these ingredients are only used to process the beverage in question, not directly added to it, it’s not mandatory to include them on the bottle. These are the trickiest things to avoid and vary by every brand. Your best bet is to contact the manufacturer directly when in doubt.

Some misguided manufacturers think they’re adding value to their produce by “enhancing” the flavors with questionable flavors. These are most likely featured prominently, so it’s easier to know what to avoid.

There are exceptions to every rule, but for the most part, these spirits are always vegan because they’re distilled, rather than filtered:

Find Out If Any Beer, Wine, or Alcohol Brand is Vegan

It can be difficult to tell if your bottle of beer or wine is truly vegan without doing a bit of research. Luckily, you don’t have to go it alone; there are several trustworthy resources online that have done a bit of the legwork for you.

Barnivore is your best bet for finding the truth behind what’s going on behind the label of most major brands. They list over 54,500 entries for bottles found across the world! This is a constantly growing and evolving collection that’s largely crowd-sourced. If you find a new great vegan brand, you can add it to the list, too.

Don’t forget to download their app for easy, on-the-go answers when you’re stuck at the liquor store without any knowledgeable salespeople to help crack the code.

You might be happily surprised to find that your favorites are already in the clear, or on the other hand, certain varieties from the same line may not make the cut. White wines are more likely to include non-vegan ingredients, since that clarity is harder to achieve than a basic red.

When it comes to wine, there are a number of easy go-to options that should be on any well-stocked shelf. There are too many to list here, but check Barnivore where you can enter in any brand name to see which specific wines are vegan. Some easy vegan wine options include:

There used to be a brand called The Vegan Vine wine that was supported by John Salley, but it no longer exists. RIP, Vegan Vine, you are missed!

Many of the most popular beers are “accidentally” vegan, so you should always be able to find something to order at the bar. A few easy mainstream vegan alcohol selections include:

Many alcohol brands have a huge array of accidentally vegan options, as most hard alcohol is vegan. However we love to vote with our dollars here at World of Vegan, so we want to point out some more conscious, ethical, and sustainable brands you might turn to instead of the most mainstream options. Plus, some mainstream brands that offer really cool vegan products—like the Vegan Baileys Almande!

If you’re looking for some delicious vegan drinks recipes, we’ve got several creative concoctions for you. The following recipes are inspired by plants, or traditional recipes made vegan. Cheers!

Please, please, please, drink responsibly, if you choose tot drink at all! The sad reality is that tens of thousands of lives are lost every year in the U.S. alone from alcohol. It can take a toll on your body, your mind, your family, your loved ones, your bank account, and potentially even strangers.

When in doubt, sometimes the best option is to opt out. The most popular drink in the entire world is just pure water, after all! You can whip up a delicious non-alcoholic drink for some sober fun.

For some virgin vegan mocktail recipes and inspiration, check out these delightful drinks. They provide a perfect alternative to alcohol.

You can also find non-alcoholic spirits from brands like Lyres.

How to Swap Out Wine or Beer in Recipes

When cooking, you can easily swap out wine for grape juice, pomegranate juice, vegetable stock, or just plain water, depending on the recipe. If you’re making something like beer bread or a beer batter, you can use seltzer water instead for that same effervescent lift.

If you’re looking for opportunities to connect with other vegans in your community, check to see if there is a Vegan Drinks group in your area! If not, consider organizing your own!

I first connected with lots of vegans in Cleveland, Ohio at Vegan Drinks meetups, and I’ve both attended and organized Vegan Drinks events in every city I’ve lived thereafter.

When I moved back to California, I went to the Vegan Drinks events hosted by VegNews Magazine in San Francisco. I even landed my first vegan job through one of those meetups! Eventually I started organizing my own Vegan Drinks meetups in Oakland and Berkeley which helped build community and provide a space for new vegans in the area to connect.

These events are usually organized through Facebook or Meetup.com, but search for “Vegan Drinks” + your city (or the biggest nearby city) to see if one exists near you.

We hope this guide to vegan alcohol, vegan beer, vegan wine, and vegan spirits is helpful to you! This article is not sponsored, but please note that this article may contain affiliate links which supports our work at World of Vegan.