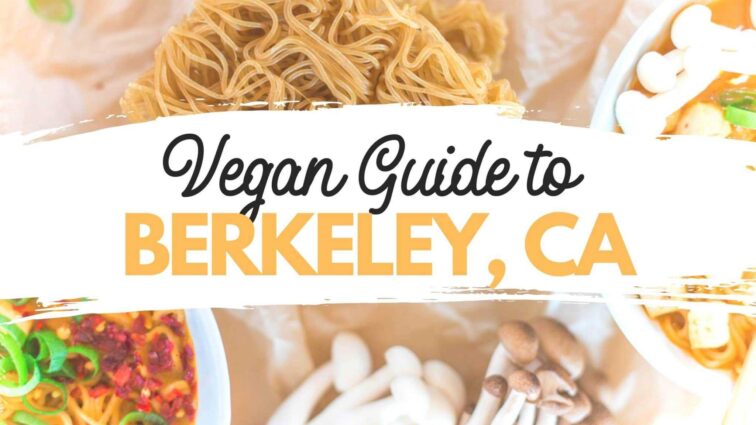 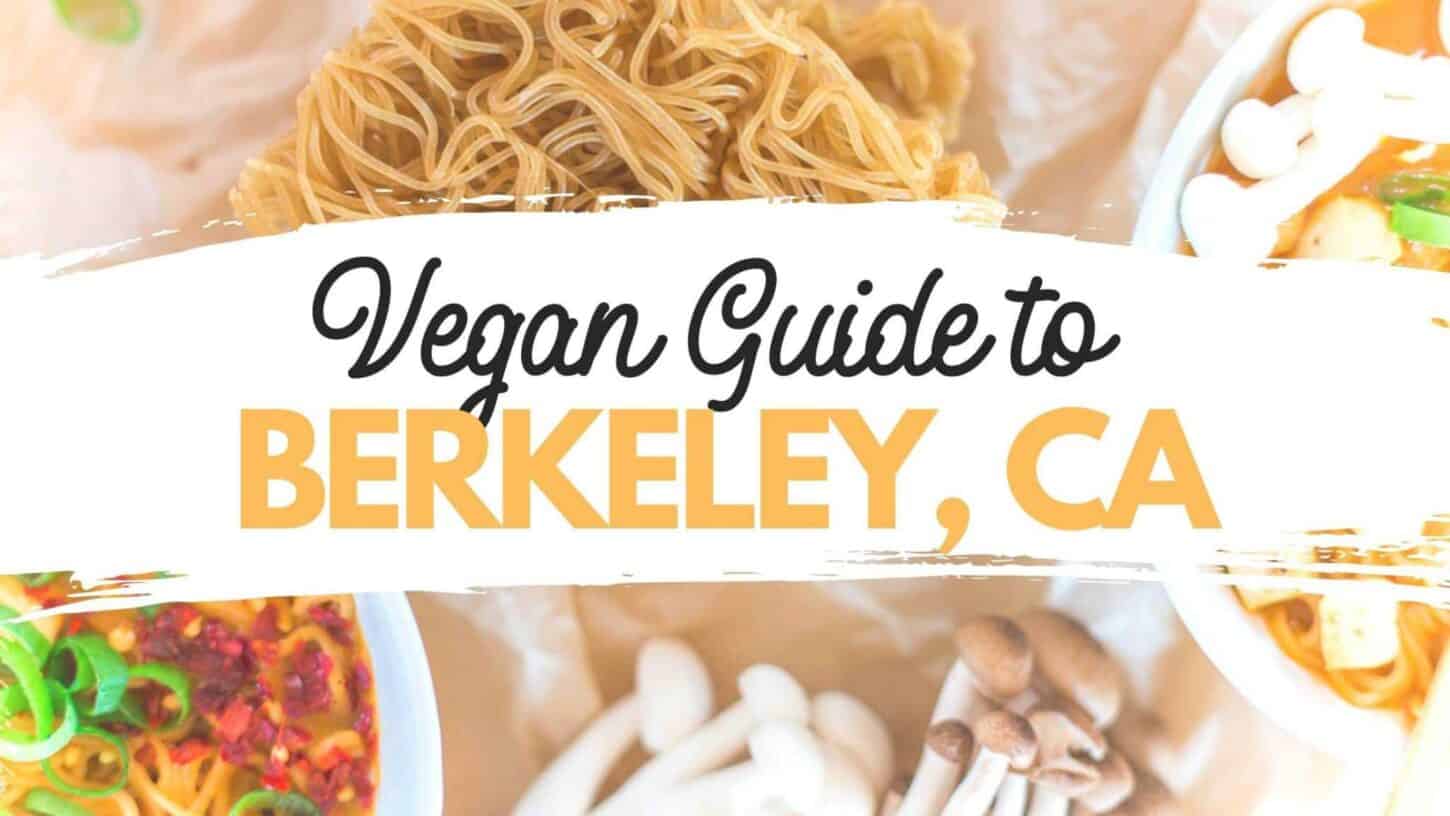 Searching for the best plant-based, vegetarian, and vegan restaurants in Berkeley, California? Welcome, dear reader! In this Berkeley vegan guide we outline all the top vegan spots, including restaurants, bakeries, ice cream shops, donut shops, and cafes. Plus, we’ve included some other particularly vegan-friendly eateries well worth a visit!

Once known as the birthplace of the free speech movement and hippie counterculture in the 1960’s, Berkeley, California still has an eclectic mix of inhabitant and attractions. It’s also the origin of farm-to table cuisine, thanks to Alice Waters and her restaurant, Chez Panisse.

While this bastion of California cooking is still in business, there’s precious little you’ll find to eat there as a vegan. Fear not! You definitely won’t go hungry in this city. Enjoy this guide to the best vegan restaurants Berkeley has to offer. Be sure to leave room for trying multiple spots in one day!

As a notable college town, rest assured that especially around the UC Berkeley campus, pretty much every eatery will have at least one or two plant-based options. Vegan cheese on your pizza? Veggie patties for your burgers? Check and check! When it comes to destination dining, however, we can do better. Here are the restaurants that you must check out, serving only vegan eats:

Whenever I went out to walk my dog in the morning, the smell of fresh masa wafting into the street as we passed by this tiny little shack would be almost impossible to resist. That golden corn mash goes into their handmade tortillas and tamales, to be topped with or wrapped around soy protein and then smothered in creamy avocado salsa. The menu is short, but every dish is a surefire hit.

Perpetually swarmed with throngs of people, the line can easily snake out the door and around the block, even on a weekday afternoon. As one of the few completely vegan butcher shops in the world, the food lives up to the hype. Snag an old-school deli sandwich loaded with thinly slice seitan but don’t be alarmed; it really isn’t meat! Even staunch carnivores rave about the stuff. Do yourself a favor and grab a cream-filled cannoli while you’re there, and maybe some homemade “meats” or treats from the marketplace to enjoy later.

Branching out from their original Oakland location, now the denizens of Berkeley are treated to the same sweet pastries and strong lattes, too! It’s a bit smaller so plan to show up early to snag a seat or take your caffeine to go.

Created by the same innovators that launched to nationwide chain Veggie Grill, this is a fresh concept focusing in on—yep, you guested it—burgers! Expect all the classic staples here with Impossible meat as the standard foundation. If you go all-in for a round of fries, onion rings, and creamy dairy-free milkshakes, contrary to the name, you might want to be sitting down for this one.

Casual, homestyle Japanese fare is hard to find in general, which makes this tried-and true establishment such a treasure. Sure, you can get plenty of sushi and soba noodles, but the large format nabes (hot pots) are where it’s at, if you ask me. If you’re feeling more adventurous, try the Moon Garden, which is a soft steamed tofu custard filled with a rainbow of vegetables. As beautiful to look at as it is to eat, you won’t even realize you made such a healthy choice until it’s all gone.

Falafel is always a safe bet no matter where you, but these crispy balls are some of the best in the Bay Area. What really makes this spot special is the fact that you can stuff your pita with meatless chick’n shawarma, too. No meal is complete without a banana milkshake, which is unbelievably sugar-free.

Making mouthwatering comfort food is the way these cooks start trouble. One minute, you’re ordering yourself a spicy Buffalo cauliflower lunchbox and the next, you’re plowing through a plate of bacon ranch cheese fries as big as your head. Don’t worry, we’re all guilty of the same delinquent behavior here.

Now a rapidly growing national chain, this location was the very first cinnamon bun headquarters. Baking up buttery swirls of soft spiced dough, you can pick your flavored frosting and all the toppings your heart desired, much like you would at a DIY sundae bar. Beyond rainbow sprinkles, you can pile on decadent indulgences like chopped peanut butter cups, cookie dough, pie crumble, marshmallows, and so much more. 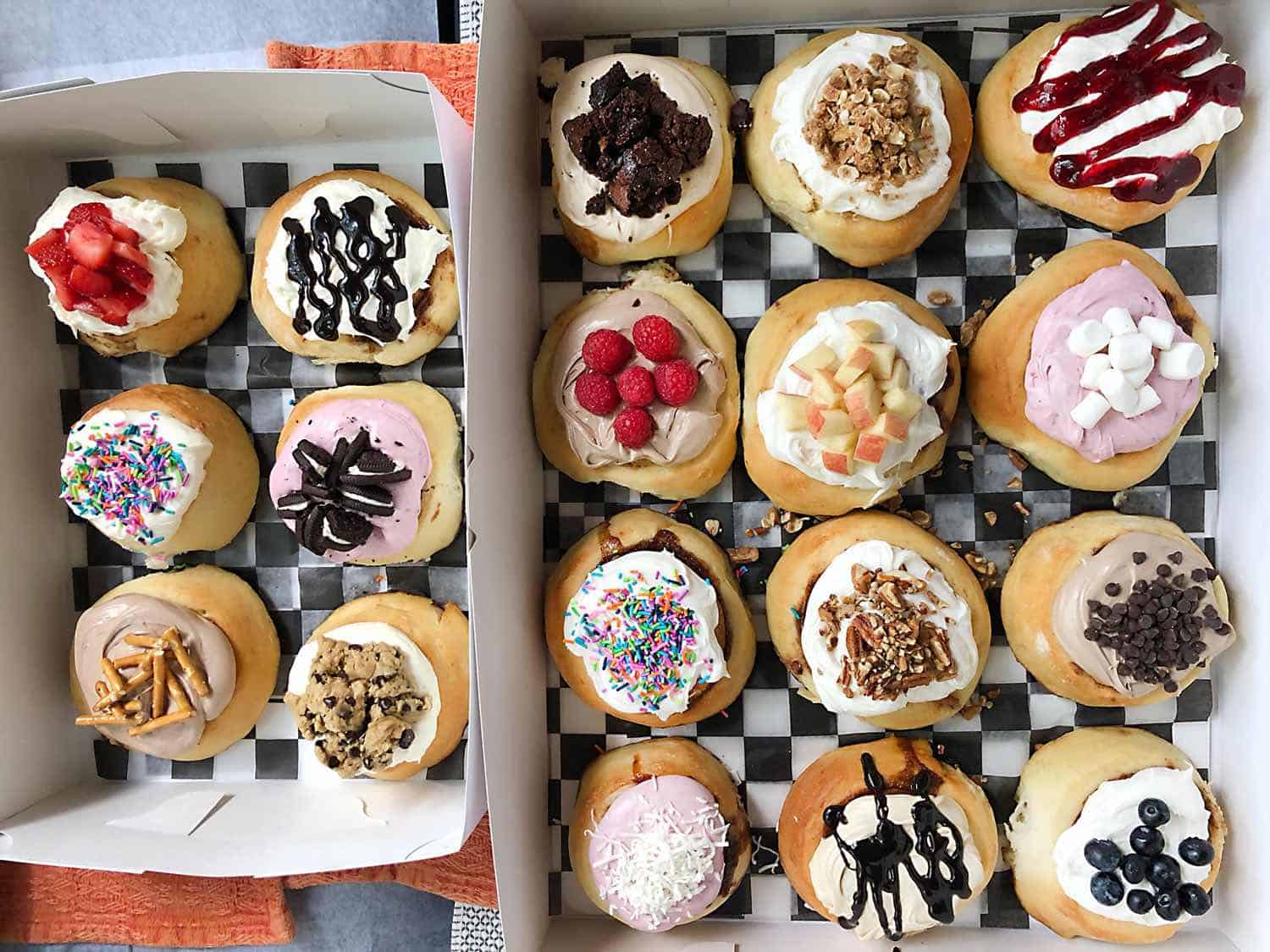 Just like Shangri-La in Oakland, you can expect a deeply nourishing macrobiotic meal and zen atmosphere anytime you need to a break from such heavy fare. Using all organic, seasonal produce means you’ll never get exactly the same meal twice, but it’s always a good surprise.

Unlike most other Ethiopian outposts, Kaffa has numerous combination platters to choose from, all with very generous portions. The spicy mushrooms are a stand-out as a unique and savory offering, and be sure to try the nutty telba smoothie, made from ground flax seeds, to wash it all down.

Two out of three scoop shops for this local cashew milk ice creamery can be found in Berkeley. Made without dairy, gluten, soy, eggs, preservatives, gums, or oils, these frozen treats bring sweet relief to allergy-sufferers and vegans everywhere. Always ask for samples to get a taste of everything; you might just find a new favorite!

If you’re looking for vegan donuts in Berkeley, it doesn’t get better than Donut Farm! They make organic donuts from scratch daily, and have been at it since 2006. They have a colorful array of cake donuts, glazed donuts, and their vegan apple fritters and banana fritters are to die for. Originally an Oakland and San Francisco establishment, Donut Farm has now also opened its doors on Gilman Street in Berkeley.

There would be no end to the list of conventional omnivore restaurants with vegan Berkeley restaurants, but there are a few outstanding places that deserve acknowledgement:

Filipino food is sadly under-appreciated in the United States, but this battalion of five food trucks are on a mission to change all that. The Berkeley location in particular has a robust vegan menu, so you can finally get a taste of sizzling sissig in a burrito, in tacos, or on top of salad, nachos, or fries. 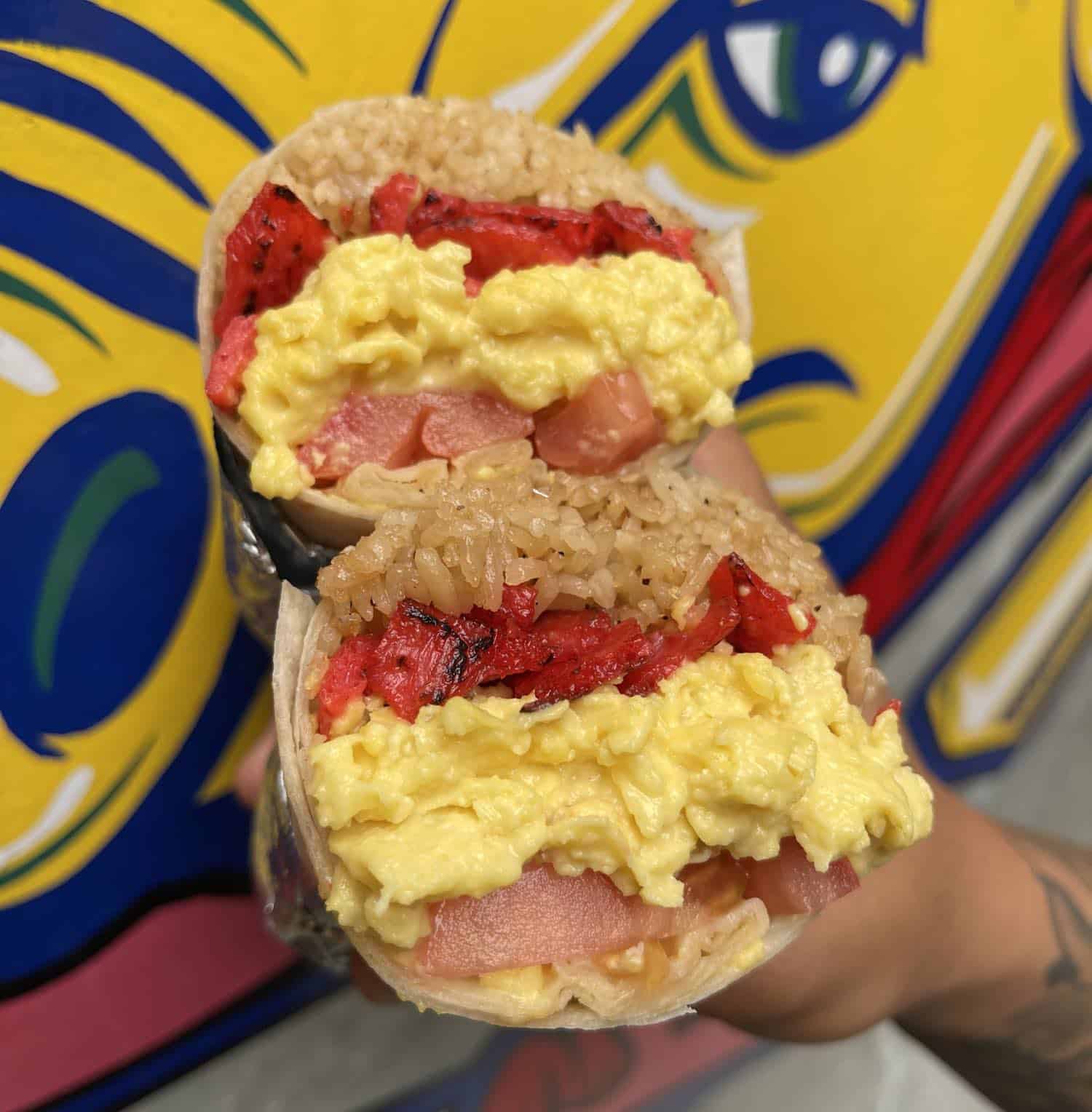 Need a fancy place to wow a new date? Cozy up under the romantic lighting and share plates of elegant plant-forward food, crafted with the finesse of a master chef. This is the place to celebrate special occasions or simply treat yourself to an unforgettable fine dining adventure.

While you’re much more likely to find techies than hippies in modern day Berkeley, at least everyone there clearly knows how to eat well!

We hope you enjoyed this guide sharing the best vegan restaurants Berkeley, California has to offer! If we missed any of your favorite vegan Berkeley restaurants, please do show them some love in the comments below. Many thanks to Hannah Kaminsky for her help with this article. This article may contain affiliate links that support our work at World of Vegan.