Home » All Posts » Guides » Vegan Questions » What Is A Vegan? (Definition, Types of Vegans, and Why People Go Vegan)

What Is A Vegan? (Definition, Types of Vegans, and Why People Go Vegan)

share this post
What exactly is a vegan? In this article we cover the definition of vegan, the origin of the word, the primary reasons people choose to be vegan, and the most common types of vegans you may encounter. 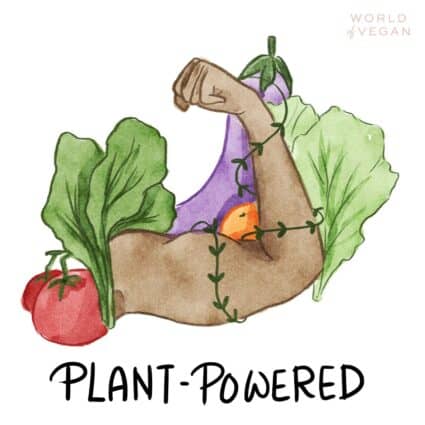 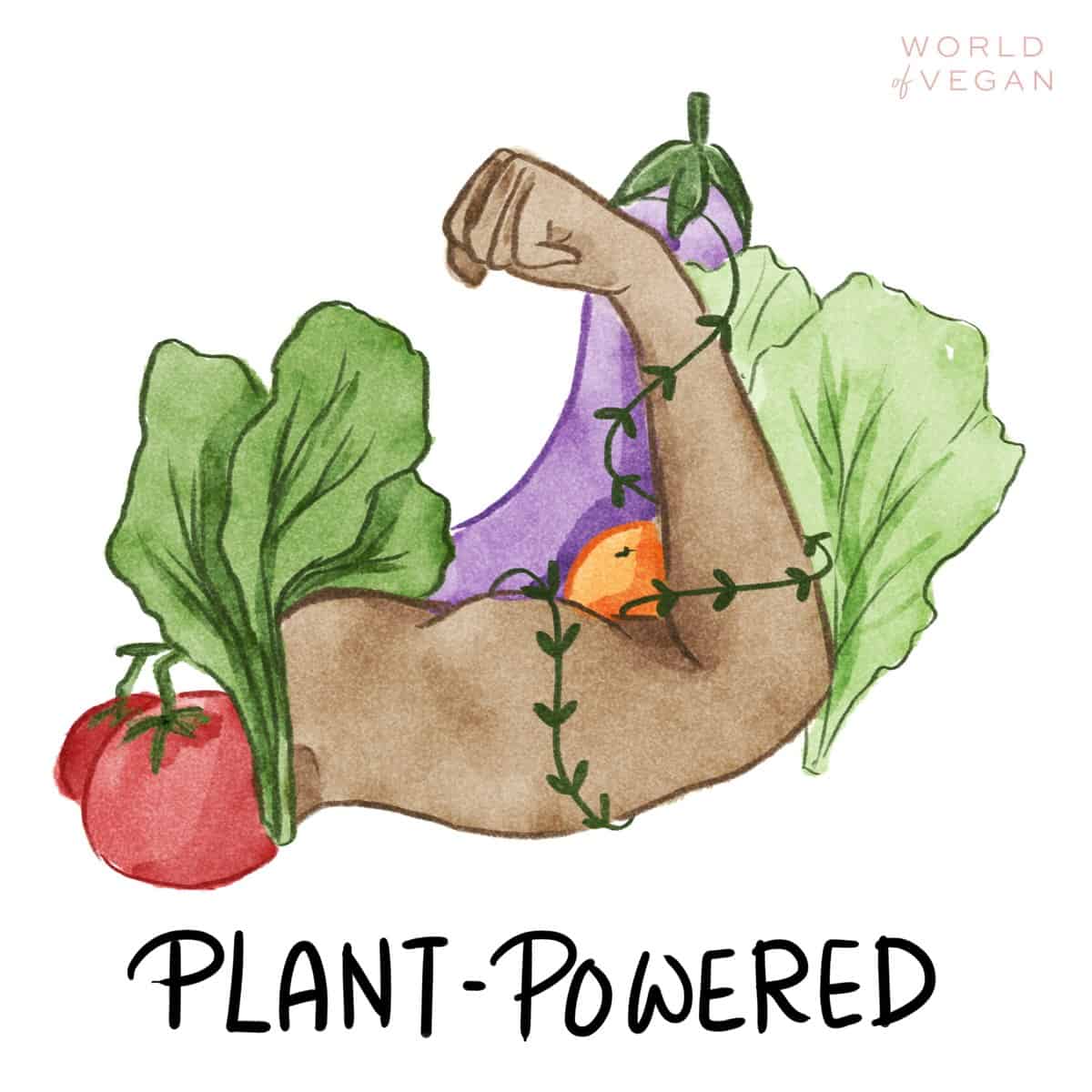 Anyone who refers to the vegan movement as a monolith clearly hasn’t taken the time to get to know many of the people who identify as vegan. Vegans come in all shapes, sizes, ages, colors, ethnicities, temperaments, educations, economics, and more.

Just like any large swath of humanity, there’s no one blanket statement that can be used to define the growing number of people now eating a plant-based diet.

The reasons for going vegan are just as numerous. Those different motivations have come to define numerous micro labels that might help explain the different types of vegans you might encounter.

What Is A Vegan?

At the heart, a vegan is someone who tries to reduce their contribution to suffering to the best of their ability. The word vegan is technically a philosophical label that describes a person who makes food and lifestyle choices based on their ethical consequences.

“Veganism is a philosophy and way of living which seeks to exclude—as far as is possible and practicable—all forms of exploitation of, and cruelty to, animals for food, clothing or any other purpose; and by extension, promotes the development and use of animal-free alternatives for the benefit of animals, humans and the environment. In dietary terms it denotes the practice of dispensing with all products derived wholly or partly from animals.”

Now let’s move on to the dictionary definition.

History of the Word “Vegan”

The word “vegan” came to be in 1944, when it was created by Donald Watson and his soon-to-be-wife Dorothy Morgan, both members of the Vegetarian Society. There were growing requests for non-dairy vegetarian resources in the community, but it wasn’t until 1944 that the word was officially coined.

The word vegan is a shortened version of vegetarian—including the first three letters and last two letters of the word, which Donald though nicely represented “the beginning and end of vegetarian.”

A “Vegan Society” was formed, and Donald Watson and other plant-based visionaries gathered for their first meeting in London. November 1st became World Vegan Day to commemorate of the founding of The Vegan Society, which is still celebrated worldwide today.

What Do Vegans Eat?

What Vegans Don’t Eat, Wear, or Use

Vegans avoid eating (or using) anything sourced from animals (think: anyone with eyes who had a mom—or more scientifically, any multicellular organisms in the Kingdom Animalia). This includes animal flesh, skin, and by-products such as:

However, all of these can be made in plant form! So vegans can happily enjoy vegan chicken, bacon, shrimp, salmon, plant-based cheeses, dairy-free ice cream, butter, yogurt, vegan leather shoes, and beyond. There is a vegan alternative for nearly everything.

Reasons to Be Vegan

The core of the vegan philosophy is about reducing cruelty and suffering, but today people choose to follow a vegan diet for a wide variety of reasons—that may or may not be tied to that founding philosophy. Which is great! There’s no wrong reason to be vegan.

These are the four main rationales behind embarking on a vegan lifestyle.

Animal cruelty is rampant, if not automatically implicit, in any large-scale production. Change starts one bite at a time, and businesses pay attention to demand. The biggest way to create more cruelty-free options is to buy them over conventional animal products! Many ethical vegans are also activists to raise awareness to the suffering and needless death inherent in consuming meat and animal products.

While the focus of the cruelty involved in factory farming often goes to the animals, the animal agriculture industry also has a devastating impact on people. Low income communities near farms and slaughterhouses bear the burden of animal waste sprayed into the air that drifts downwind into the neighborhoods and homes. Slaughterhouse workers endure some of the more gruesome conditions with extremely low compensation and benefits, and often have no choice but to take the job to survive. And millions of human beings live with hunger while we pour a huge portion of our crops and resources into growing animals.

Climate change is a very real and increasing danger. Anyone that wants to reduce their impact would be most effective by going vegan, since animal agriculture heavily contributes to greenhouse gas emissions. Additionally, it takes an incredible number of resources to produce animal products in comparison to any plant-based foods, including water, land, and sheer energy. A vegan lifestyle produces about 50% fewer greenhouse gases by default.

Many of the leading causes of death in developed nations are preventable or manageable through diet and exercise. The risks of cancer, heart disease, diabetes, and Alzheimer’s disease are greatly reduced by simply cutting out animal products. Some people may switch to a vegan lifestyle and find greater success with weight loss, muscle gain, and an overall improvement in strength, too.

Veganism has been an important aspect of some religions that have been observed worldwide for centuries. Hinduism, Jainism, and Buddhism believe that all living things are entitled to kindness and nonviolence in accordance with the concept of Ahimsa.

All vegans necessarily avoid animal products, but some go further to refine their food selections for optimal health, happiness, or sustainability.

Whole Foods Plant-Based (WFPB), Macrobiotic, or Unprocessed: Emphasizing fresh produce, legumes, and grains, refined foods like sugars, white flours, and other processed foods are ruled out. Quality is essential for both flavor and nutrition here.

Oil-Free Vegan or Low-Fat Vegan: Some see pressed oils as being detrimental to health and thus cut them out, favoring natural fats instead, such as olives, avocados, nuts, and sees. Others still prefer to limit these foods and embrace a low-fat or no-added-fat diet altogether.

Junk Food Vegan: On the other end of the spectrum, so-called junk food vegans relish convenience foods in any form. Fast food French fries, prepared meat alternatives, accidentally vegan cookies, and frozen dinners are all central to their typical menu. Nothing is off limits if there are simply no animal products!

Raw Vegan: To maximize the nutritional input of every ingredient, no foods can be heated above 118 degrees Fahrenheit. Any “cooking” takes the form of dehydrating, and most dishes are eaten cold or at room temperature.

Zero-Waste Vegan or Eco-Vegan: There is a growing movement of plastic-free, eco-conscious vegans who take compassionate living one step further. They make food and lifestyle choices that are both kind to animals, and as gentle as possible on our planet.

Vegan vs. Plant-Based — What’s the Difference?

The terms “vegan” and “plant-based” are often used interchangeably, but they do commonly signify different intentions behind the beholder’s choices.

While both words indicate a way of eating that includes plants and excludes animal products, the word “vegan” is traditionally intended to encompass an entire lifestyle (beyond just food choices), while the term “plant-based” specifically refers to food.

Furthermore, a person who identifies as vegan is likely making the choice for reasons that go beyond health and wellness—they may be concerned about the welfare of animals, humans, or our planet—and may (or may not) be entirely unconcerned with their own health. That’s why you’ll often see self-proclaimed “junk food vegans” who passionately enjoy vegan cupcakes, burgers, and all the comfort foods and are happy to indulge as long as they don’t cause harm to others.

“Plant-based” people more often resonate with a health-inspired mission and may be eating plant-based foods in order to prevent disease (such as heart disease, Type 2 diabetes, and cancer) and live longer, or to feel healthier and more vibrant. Many athletes also choose a plant-based diet to improve their athletic performance.

If you resonate with any of the reasons to choose vegan above, here are some resources to help you get started. While becoming vegan takes some practice and commitment, once you learn the ropes it becomes easy, fun, and enormously fulfilling.