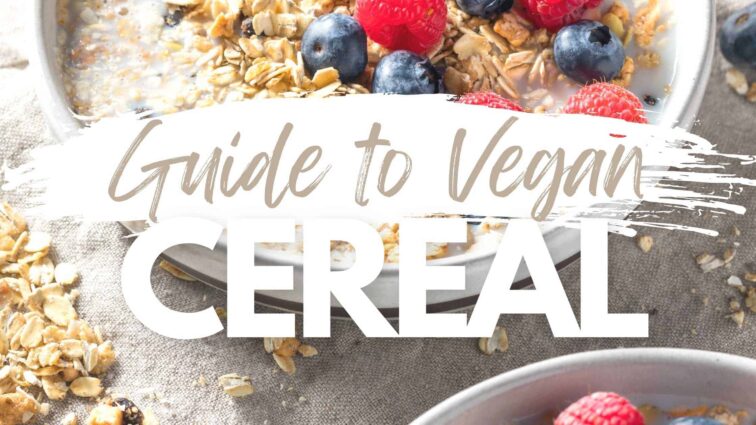 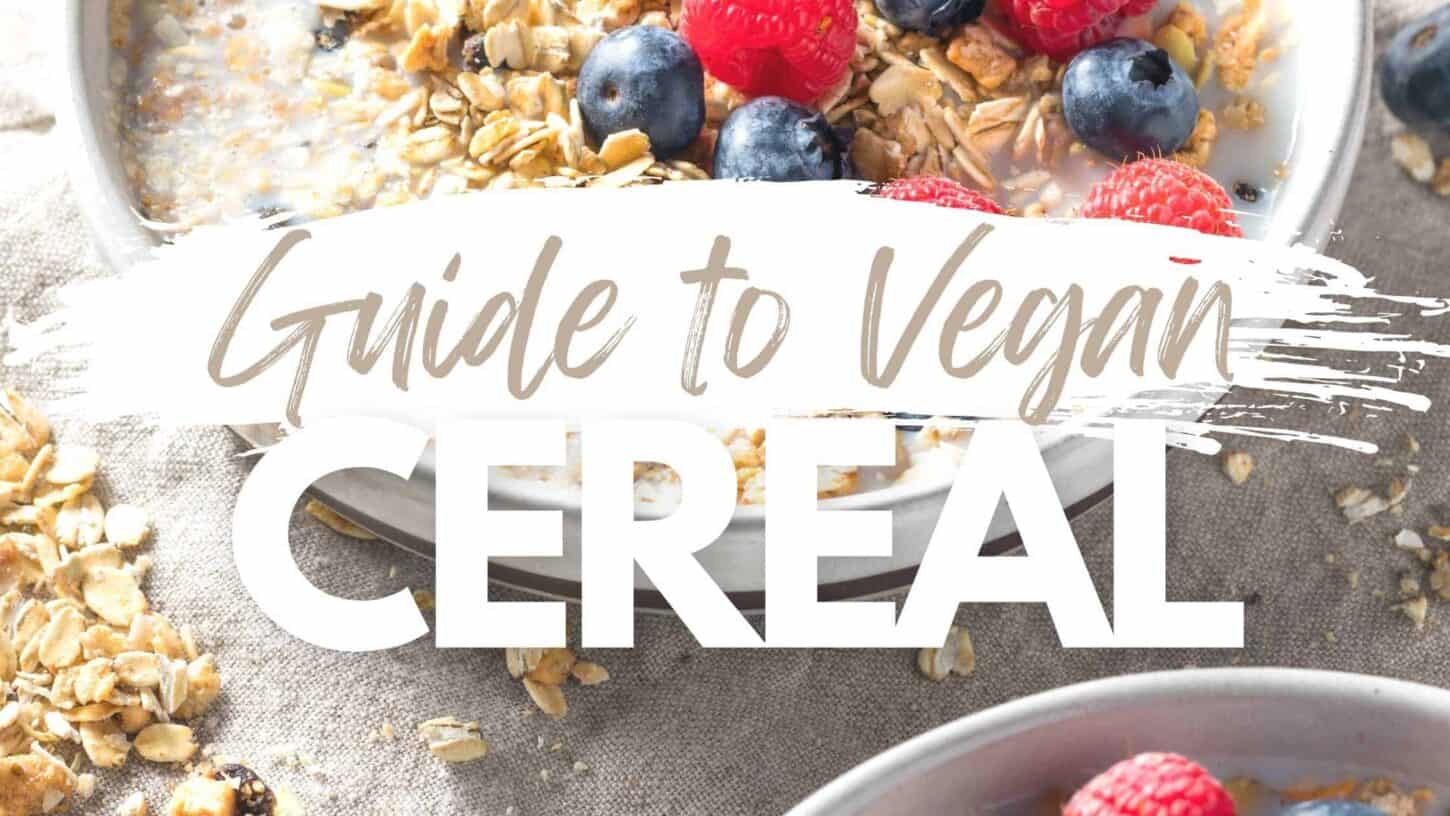 A bowl of cereal with plant-based milk is a delicious breakfast option—but is cereal vegan? What are the best vegan-friendly cereal brands available in stores? Lucky for you, nowadays, there are many vegan cereal brands that you can find easily.

In this article, you will find which common ingredients make most conventional cereal non-vegan and a list of 54+ vegan-friendly cereal brands.

In most cereals, you can easily find various animal-derived ingredients, making many mainstream brands non-vegan.

Most common & sneaky non-vegan ingredients that you can find in cereal include:

Barbara’s Organics isn’t a fully vegan brand, but they have many vegan-friendly cereals:

Kashi is another cereal brand that offers many different cereals, and the majority (but not all) of them are vegan. The most common non-vegan ingredients they use is usually honey, but the following Kashi cereals are 100% vegan-friendly:

You can currently find 43 vegan-friendly cereals on their website with many different shapes, flavors, and many gluten-free and organic options. They also have many super-cute and colorful kid-friendly vegan cereals. Options include (but are not limited to):

Cap’n Crunch contains ingredients like artificial colors, palm oil, and sugar, which can be controversial. However, it doesn’t have Vitamin D, honey, whey, gelatin, etc. If this is acceptable for you, the vegan options from Cap’n Crunch include:

A well-known brand that has a handful of accidentally vegan cereal options:

Make Your Own Vegan Granola

A great DIY alternative to store-bough cereal is granola. You can off course find dozens of brands in the grocery store (watch out for honey). But granola is one of the easiest foods to make yourself! Check out our vegan maple brown sugar granola recipe to see how it’s done. It’s delicious.

Cheerios aren’t vegan. It contains honey, and it is fortified with Vitamin D3.

The vast selection of Captain Crunch cereals is, in fact, plant-based and vegan-friendly. It contains no dairy, gelatin, vitamin D3, or honey.

Unfortunately, Fruity Pebbles are not vegan; they contain Vitamin D3.

Even though rare in cereal, Frosted Mini-Wheats contain gelatin, making them non-vegan.

Cocoa Pebbles are not vegan certified and contain Vitamin D3.

Unfortunately, Cocoa Puffs made by General Mills (The Original/Popular ones) are not vegan because they contain Vitamin D3 derived from lanolin.

The Cinnamon Toast Crunch is not considered a vegan product because of Vitamin D3.

Vitamin D3 is also present in Fruit Loops, making it a non-vegan cereal.

As you can see, there are plenty of vegan-friendly cereal brands and options. It is always best to double-check the label before purchasing any store-bought cereal or food. Often, brands change their formulas or use sneaky ingredients that, unfortunately, make foods non-vegan.

Is there a vegan cereal brand you would like to see on this list? Let us know in the comments below!

We hope you found this vegan cereal guide helpful. Please note that brands and ingredients do change over time, so always check the ingredient label and contact the company directly with questions.

This article was written by Creative Compass. Creative Compass is a vegan-owned marketing team aiming to help vegan and animal-friendly brands and nonprofits make a difference in the world. Please note, this article may contain affiliate links that support our work at World of Vegan. Thank you!