5 from 16 votes
These mice krispies are the best vegan rice krispies treat recipe to make for a Halloween get-together! They're easy to prepare and are also gluten-free and dairy-free, making them the perfect sweet that everyone can enjoy! 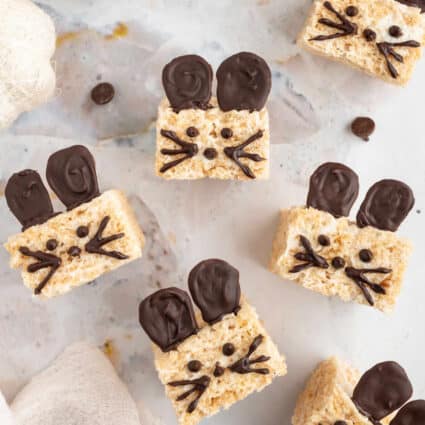 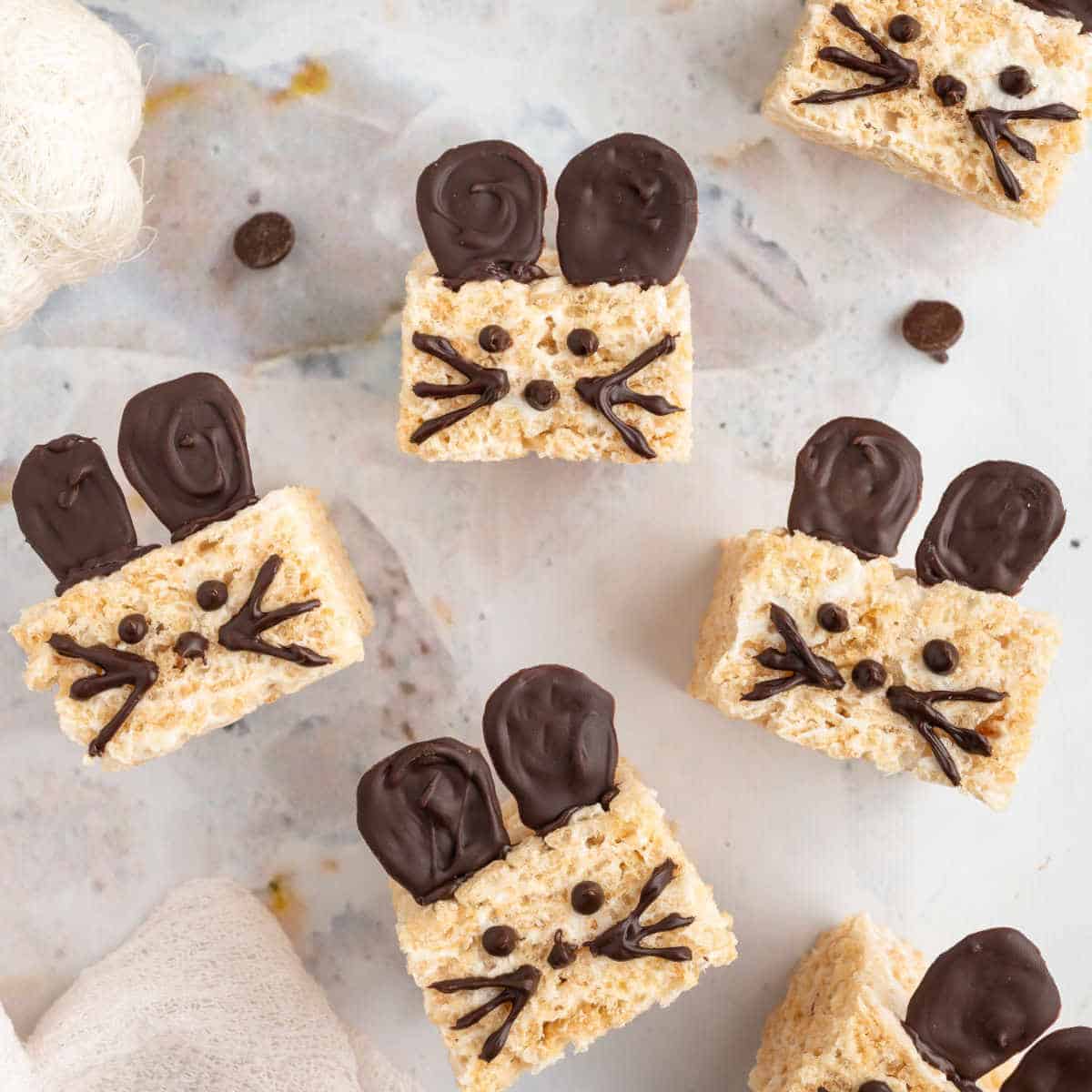 A vegan rice krispies recipe? Yes, please! You can make this delightful treat vegan simply by choosing vegan marshmallows and plant-based butter (or coconut oil). These “Mice Krispies Treats” decorated with sweet chocolate mice faces are a fun treat to make for Halloween—especially if you’re dressed up as cat!

Rice krispies seem innocent enough but there’s actually a couple non-vegan ingredients inside them, the main ones being marshmallows and butter.

What’s the problem with regular marshmallows, you ask? Generic marshmallows are made with gelatin which comes from animal skin and bones. Nasty stuff.

Without further ado, enjoy this vegan rice krispie treats recipe! And be sure to peek at the video to see exactly how these are made.

Why You Should Make a Vegan Rice Krispies Recipe

What’s more delightful than a chewy and crunchy sweet treat that relies on puffed rice crisps and gooey goodness? Well, not much! These vegan rice krispies are pinnacles of childhood nostalgia with no yucky gelatin to worry about!

Plus, they’re simply adorable with the addition of cute little chocolate ears and whiskers. Here are a few hefty highlights about why these mice krispies treats are so terrific:

While there are but only a few ingredients needed for this vegan rice krispies recipe, they are mighty (just like mice)! All you need is your favorite puffed rice cereal, vegan butter, vegan marshmallows, and some chocolate chips to melt.

We’ve got you covered in this step-by-step tutorial but if you need some extra help, check out the video!

Can You Store Rice Krispies?

Because puffed rice gets stale very quickly, it’s not advised to store these vegan mice krispies for too long but if you end up with more than you can chew, stick them in an airtight container for up to three days or store in the freezer for up to six weeks. Try to get as little air as possible in the container!

How to Have the Ultimate Vegan Halloween

Throwing a Halloween party? Here are some tips for making the most of your vegan Halloween!

5 from 16 votes
Homemade vegan Halloween treats are the best! These adorable vegan rice krispies treats decorated to look like sweet little mice will be a definite hit with your friends and family.

We hope you enjoy this vegan Halloween recipe! If you make it, we’d love to see your photos on social media.