share this post
What are the best vegan gelatin alternatives? Whether you're searching for an ingredient with similar properties (like Agar Agar), vegan jello that makes bright-colored wobbly molds, or gummy candies made without skin and bones, you'll find plenty of options that align with your ethics. 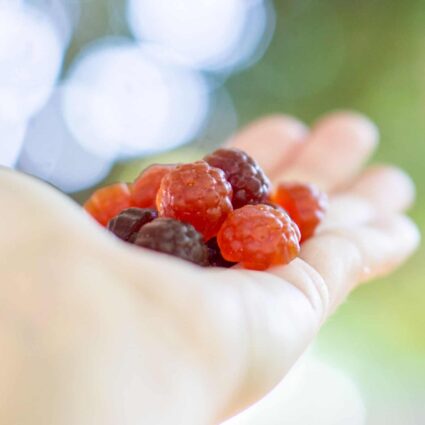 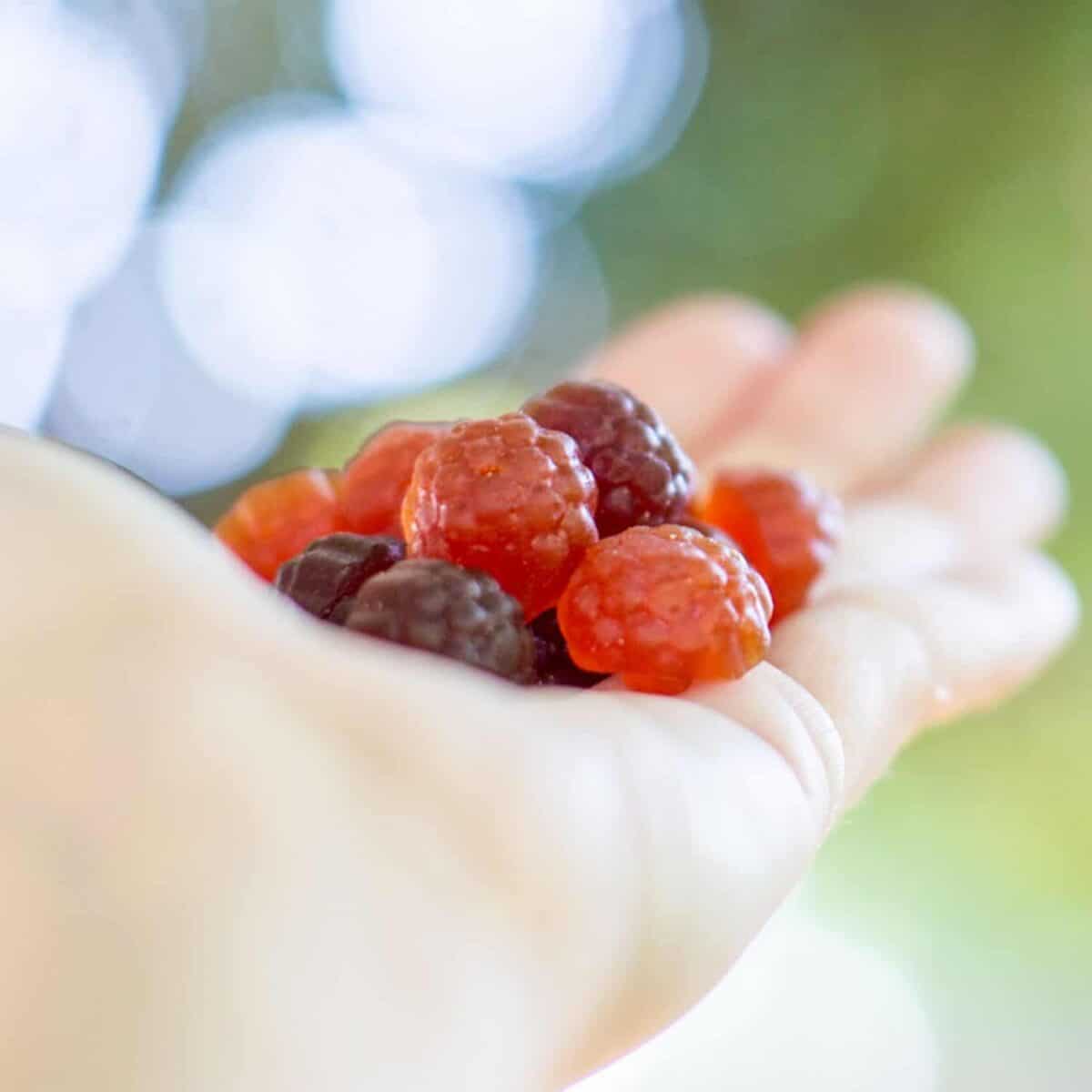 Learning about Gelatin almost always comes as a shock to vegetarians and vegans. Who would have thoughts sweet little gummy bears were made from discarded animal parts? Yuck. As quickly as you can learn what gelatin is, what it’s made from, and why it isn’t vegan, you’ll be itching to find alternatives.

But don’t worry. Even though gelatin and classic jello, marshmallows, and gummy bears are off the table for vegetarians and vegans, you can find versions of it all made vegan. There are several vegan gelatin alternatives today!

The trouble with replacing gelatin is that there’s no perfect 1:1 substitute. The closest thing we have is agar, also known as agar agar powder, which comes from seaweed.

Agar works effectively at making gels from liquid at the same ratio, but the texture has a short, rather than chewy or bouncy, bite. In Japanese, it might be referred to as kanten, which is also the word for a lightly sweetened dessert made with it.

Agar can be used in conjunction with carrageenan, pectin, carob bean gum, or locust bean gum to come closer to the same textural experience. These ingredients aren’t as readily available for home cooks, of course, which presents a challenge when trying to veganize traditional recipes.

Conventional Jell-o is not vegan, but plant-based gelatin mixes are available for purchase if you want a classic Jell-o dessert or a more adult Jell-o shot.

Simply Delish is the most common brand found in the US, both in stores and online, producing sugar-free fruit-flavored blends that are quick cooking like traditional boxed options. These box mixes are not only gelatin-free, but also sugar-free, carb-free, gluten-free, keto, and vegan.

Here are several other ingredients that are commonly used to replicate the qualities of gelatin, but without using animals.

Thanks to the wonderful world of vegan food bloggers and plant-based companies springing to life, finding vegan versions of your favorite gelatin-based products is getting easier every day.

You can find hundreds of vegan gummy bear and gummy candy recipes online. Plus, brands like Annie’s, The Gummy Project, and Better Bears make store-bought options.

Here are some vegan gelatin-free recipes to try…

Homemade Vegan Jello is easy, healthy, kid-friendly, and optionally sugar-free! You can use any fruit juice you like to change up the flavors and colors. Use more agar to make sliceable “jigglers” or less for softer pudding-like cups.

Don’t show up to your next camping trip empty handed. The BEST Vegan Marshmallows are within your reach! Gelatin-free marshmallows can be found in many mainstream markets these days. The brand Dandies is the most widely accessible, and you can even get them on Amazon. But these have the edge on store-bought options because there’s no animal products nor high-fructose corn syrup in these fluffy white vanilla squares either.

Panna cotta is an Italian dessert made from custard molded and plated with some sort of sauce. It’s typically made from a base of cream, eggs, and gelatin, but Vegan Panna Cotta keeps it cruelty-free!

Halloween candy can be tricky to sort through. Treat your kids with homemade Pumpkin Spice Gummies instead to ensure they get only the good stuff.

Be the life of the party when you bring Vegan Jello Shots for everyone (21 years and older!) to enjoy. But beware, I’ve tried making vegan jello shots many times and it’s a delicate art. They don’t always turn out and even when they do, they don’t taste like classic jello shots.

Gelatin is the secret to making traditional xiao long bao, otherwise known as soup dumplings. The only way you can find a vegan version is to make them yourself. These Vegan Soup Dumplings look like a truly satisfying project that every foodie should try at least once.

Many people conflate “kosher” with “vegan,” which is sometimes but not always true. In this case, it’s most definitely not; kosher gelatin is simply bones and the processed byproduct of kosher species of fish. Generally kosher gelatin is also halal, but that’s irrelevant to the vegan conversation. This means it’s compliant with religious dietary restrictions, not ethical vegan standards.

Slapping the label of “USDA-Certified Organic” means nothing for ethical implications of gelatin. When it comes to animals, that only means they’ve been raised in living conditions that can accommodate their natural behaviors (such as the ability to graze on pasture), fed 100% organic feed, and not administered antibiotics or hormones. This should be the bare minimum for any creature’s existence, and still says nothing about how they’re ultimately slaughtered. Organic gelatin is still just as cruel as conventional gelatin.

We hope you found this vegan gelatin guide helpful. If we missed anything, please feel free to leave additional notes or gelatin facts in the comments below. Many thanks to Hannah Kaminsky for her help with this article. Agar photo from Canva, other photos by Michelle Cehn. Art by Jeanne Ee Wei Yen. This article may contain affiliate links that support our work at World of Vegan at no extra cost to you. Thanks for stopping by, and we hope to see you again!