share this post
Want to order the a Papa John's vegan pizza? Easy! We've outlined everything vegan on the menu and how to order a vegan pizza in a pinch. We cover the Papa John's toppings, crusts, sauces, salads, the allergen menu, and more. If you're a dairy-free diner or veggie pizza lover, read on for all of Papa John's Vegan Options. 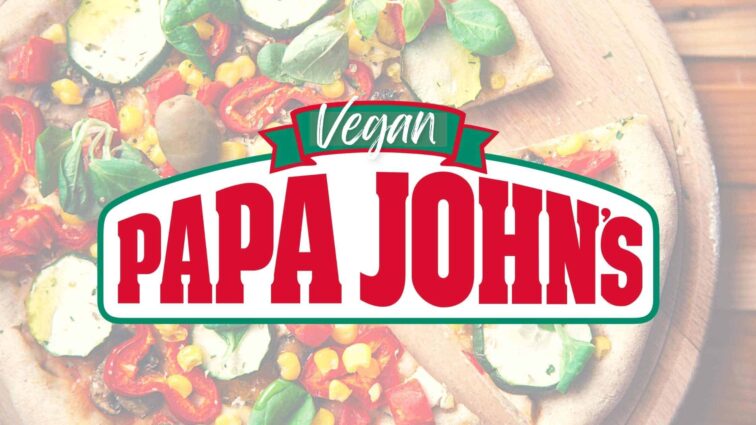 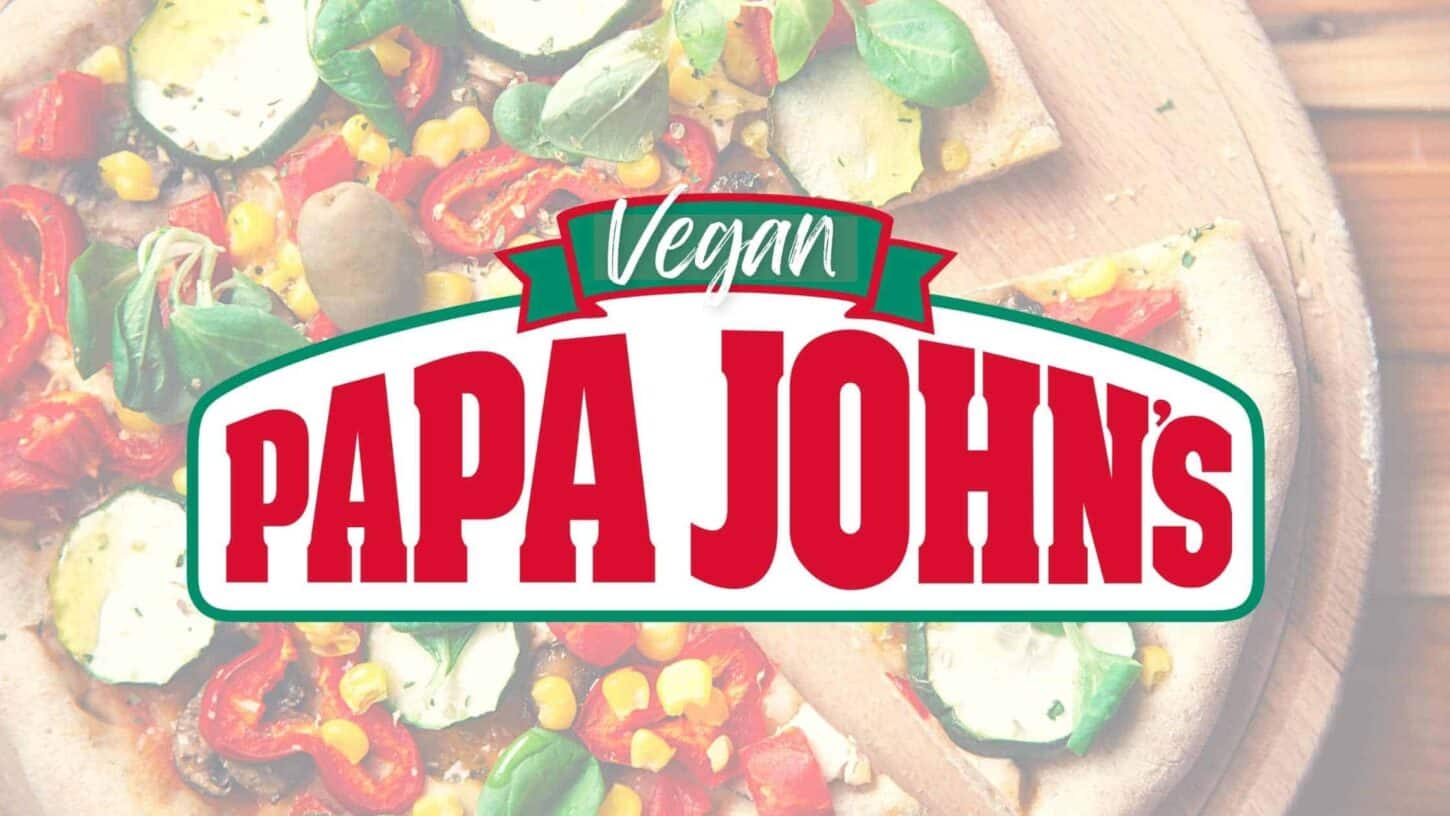 Searching for the best vegan dough-main for pizza aficiona-doughs? Okay, Papa John’s isn’t going to break any records on the vegan pizza front. They don’t have vegan cheese or meat on the menu, sadly. But you can get a cheese-less pizza made fast. And with more than 5,000 locations worldwide, it’s likely you can find a Papa John’s Pizza near you. Crispy crust, tangy tomato sauce, and vibrant vegetables are just a few reasons why many people choose to eat vegan at Papa John’s.

Even though they’ve not quite caught on that they need to offer a vegan cheese and step up their salad game, we still love the ease of ordering and the fact that we can actually get a decent meal. That said, Papa John’s will always have a pizza our hearts.

Are you ready to pick out your plant-based, vegan pizza at Papa John’s? We knead to know!

We’re happy to say that this is one of the few non-vegan restaurants where ordering can be simple and easy––and not because there are no options, which is usually the case. Take our lead and you’ll find yourself enjoying your lunch in no time! This is what to do:

At the moment, there are no Papa John’s vegan cheese ingredients on the menu. If ordering vegan pizza delivery or eating at the restaurant, you will need to ask for no cheese. In the future, let’s hope that they will team up with Daiya, Follow Your Heart, Miyoko’s, or Violife so that we can order a plant-based cheese on our pizza. Let’s help to make this happen!

Note: In the UK, Australia, and Spain, Papa John’s does offer a vegan cheese for their pizzas.

The Papa Johns vegan pizza options are pretty darn good! There’s even a page dedicated to all of their fully vegan pizza ingredients on the website. Here’s the lowdown on all the plant-based menu items they have to offer:

Note: The gluten-free dough contains both eggs and dairy, so stay clear.

Very happy to see so many veggie options at Papa John’s! Though there could be more vegetables and toppings on the menu, they can easily be combined together to make a creatively delicious pizza. Which toppings would you like to see? Comment below to let us know!

Note: The parmesan cheese packet is not vegan because it contains milk ingredients.

You can order Pepsi brand fountain sodas or Aquafina bottled water at this pizza restaurant.

Does Papa John’s have salads?

At the moment, Papa John’s does not offer salads. If we contact the company and request this menu item, they may begin to serve them. Even a small side salad would make a great addition to a pizza meal, providing extra fiber and nutrients.

Can I order a Papa Johns dairy free pizza?

If you ask for no cheese on your pizza and choose the Original Hand Tossed Dough crust, it will be dairy free.

Are the Papa John’s breadsticks vegan?

The Original breadsticks are vegan-friendly, but both the garlic parmesan breadsticks and garlic knots contain milk and/or cheese.

How to Use the Papa Johns Allergen Menu

Check out the Papa John’s Allergen Menu page to make sure that you are purchasing a vegan-friendly item. The menu items offered at Papa John’s don’t seem to change very often, but you may want to double check before you visit.

NOT Vegan at Papa John’s

Make Your Own Homemade Vegan Pizza

If you’re not able to find a good vegan pizza option in your neighborhood, take time to dish up delectable pizza in your very own kitchen. These recipes are not only quick to make, but they’re quite tasty, too! Find your perfect pizza recipe here:

Note: If you’re curious about becoming vegan, you don’t have to wait for January to try Papa John’s in Veganuary. Think outside the box and place an order for vegan pizza at Papa John’s today!

Although Papa John’s has not yet included any dairy-free cheese or dessert options to their menu, we can still hope that our passionate vegan pleas will be heard. Since there are so few plant-based pizza choices on the fast food front, we’re feeling positive that Papa John’s will soon come up with some kick-butt vegan cheese choices and delightful desserts to devour. Wouldn’t it be fantastic if they found a way to make an entire section of their menu vegan-friendly?  In the meantime, we can always write to, call, or contact the managers of any location to make our requests.

Have you found any other vegan options at Papa John’s? Did you find something amazing that we missed? Let us know by tagging #worldofvegan and sharing your favorite vegan-at-papa-johns creations with all of us!

How To Order Vegan Pizza at Other Fast Food Chains

This article is not sponsored and we are in no way affiliated with Papa John’s. At the time of this article, the menu items mentioned above are vegan. Since restaurants constantly update their menus and add or take away items, please keep this in mind when ordering your food. There may be new Papa Johns vegan options that are not listed or items listed here as vegan, which are no longer vegan. Take care to double-check.