Home » All Posts » How To Order Vegan at Papa Murphy’s

How To Order Vegan at Papa Murphy’s 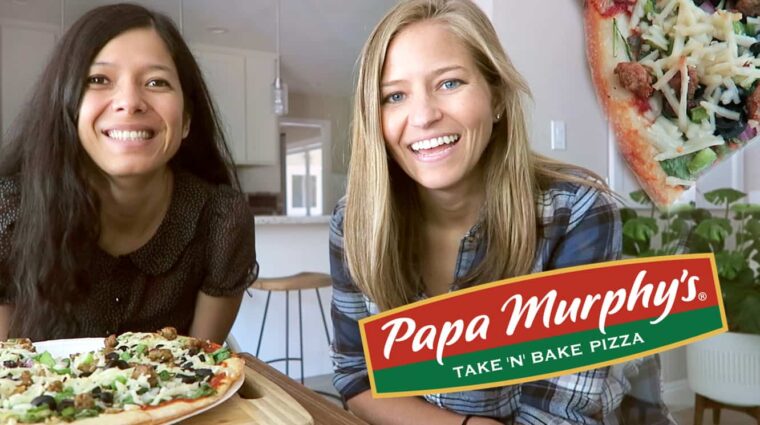 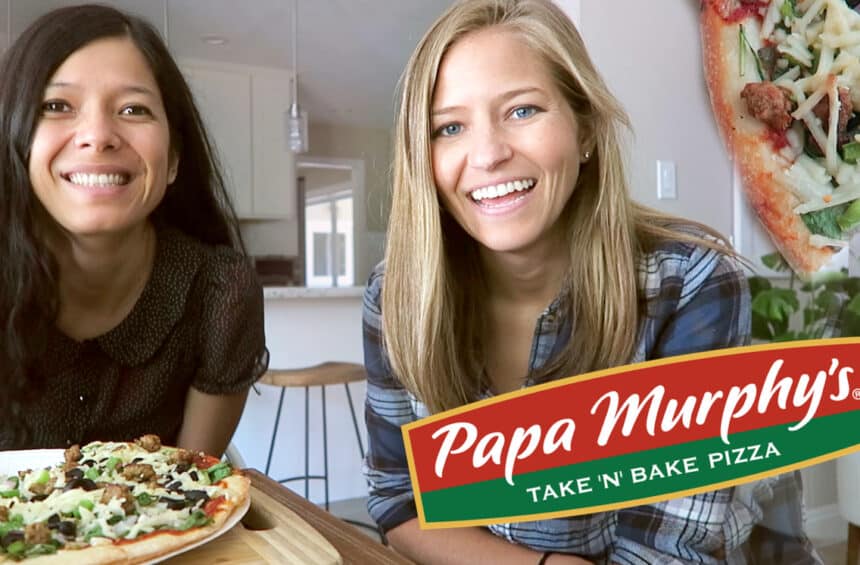 With more than 1,300 locations across the US and Canada, Papa Murphy’s take-and-bake pizzeria is the 5th largest pizza chain in the United States. The concept is unique in that you’re able to order a pizza that is prepared raw (unbaked) so you can bring it home and bake it yourself. And guess what? It’s easy to order vegan at Papa Murphy’s.

This take-and-bake model makes it easy to order a pizza base (crust, sauce, veggies, garlic, and spices), bring it home, and customize it further by adding your own plant-based meat and vegan cheese before popping it in the oven!

UPDATE: Now that Papa Murphy’s is now offering vegan cheese on-site, you can go ahead and have a pizza date with your favorite person and enjoy a dairy-free pizza pie with all the plant-based toppings.

Luckily, we’ve collected all of the knead-to-know menu details so you can have the best slice, slice, baby at Papa Murphy’s.

In this video Michelle Cehn (founder of World of Vegan) and Toni Okamoto (founder of Plant-Based on a Budget) show you how it’s done.

There are tons of store-bought vegan meats and cheeses to choose from these days. Your vegan cheese options include: Daiya, Follow Your Heart, So Delicious, Parmela, Miyoko’s, and beyond. And for plant-based meat, the sky is the limit!

How To Order From Papa Murphy’s Vegan Menu

There aren’t a ton of choices, but you have three crust options, six sauces to consider, about twenty veggie variations, and also the vegan cheese vs. no cheese dilemma. If you can make those three decisions, you’re on your way to pizza heaven. Here’s a handy outline, just in case:

Menu Items That Are Vegan At Papa Murphy’s

Here’s what you can order from the menu at Papa Murphy’s. Though it might seem sparse, you can actually order one or two large pizzas with tons of vegan cheese (or go cheese-less), sauce, and veggies. Add a couple of salads and you’ll be very close to your veggie goal for the day!

NOT Vegan at Papa Murphy’s

Here is the vegan Papa Murphy’s pizza you can create by adding your own vegan cheese, veggie meat, and more. Doesn’t it look delicious?

I personally still prefer home-cooked pizza, but this is great for a quick family dinner on a lazy night. I am also excited that many pizza shops are starting to include vegan cheese and plant-based meats on their menu. Some pizza chains that offer vegan cheese to look out for include: zPizza, Mellow Mushroom, Pizza Rev, Blaze Pizza, and Pie Five. Cheesy cheers to that!

How to Use the Papa Murphy’s Allergen Menu

Check out the Papa Murphy’s Allergen Menu and Nutrition Information page to make sure that you are purchasing a vegan-friendly item. The menu items offered at Papa Murphy’s don’t seem to change very often, but you may want to double check before you visit.

Although Papa Murphy’s has not yet included any fully vegan pizzas to their menu, we’re very excited that they’ve finally added a delicious dairy-free cheese. Viva, Violife! Since there are more and more vegan-friendly pizza options on the fast food front, we have high hopes that Papa Murphy’s might rise to the top with their plant-based food options. Wouldn’t it be incredible if they agreed to offer vegan mozzarella sticks, plant-based pepperoni, or dairy-free cheezy breadsticks on their menu?  In the meantime, we can always write to, call, or contact the managers of any location to make our requests.

Have you found any other vegan options at Papa Murphy’s? Did you find something amazing that we missed? Let us know by tagging #worldofvegan and sharing your favorite vegan-at-papa-murphys creations with all of us!

How To Order Vegan Pizza at Other Fast Food Chains

This article is not sponsored and we are in no way affiliated with Papa Murphy’s. At the time of this article, the menu items mentioned above are vegan. Since restaurants constantly update their menus and add or take away items, please keep this in mind when ordering your food. There may be new Papa Murphy’s vegan options that are not listed or items listed here as vegan, which are no longer vegan. Take care to double-check.

This Papa Murphy’s vegan options guide was written by Michelle Cehn and Gina House . Please note that this article may contain affiliate links which means shopping through them really helps to support World of Vegan!