Home » All Posts » Guides » Is Whey Vegan? {What It Is + Plant-Based Options}

Is Whey Vegan? {What It Is + Plant-Based Options}

share this post
New to a vegan diet and not sure if whey is vegan? Learn about what whey is and when it can be considered vegan-friendly. 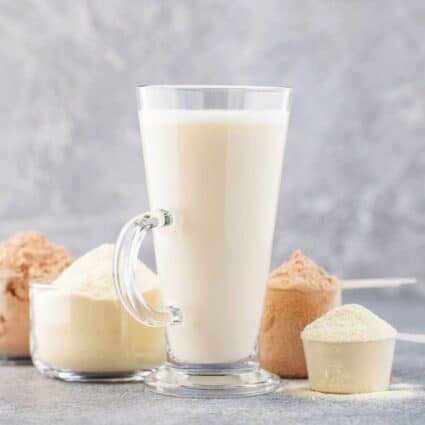 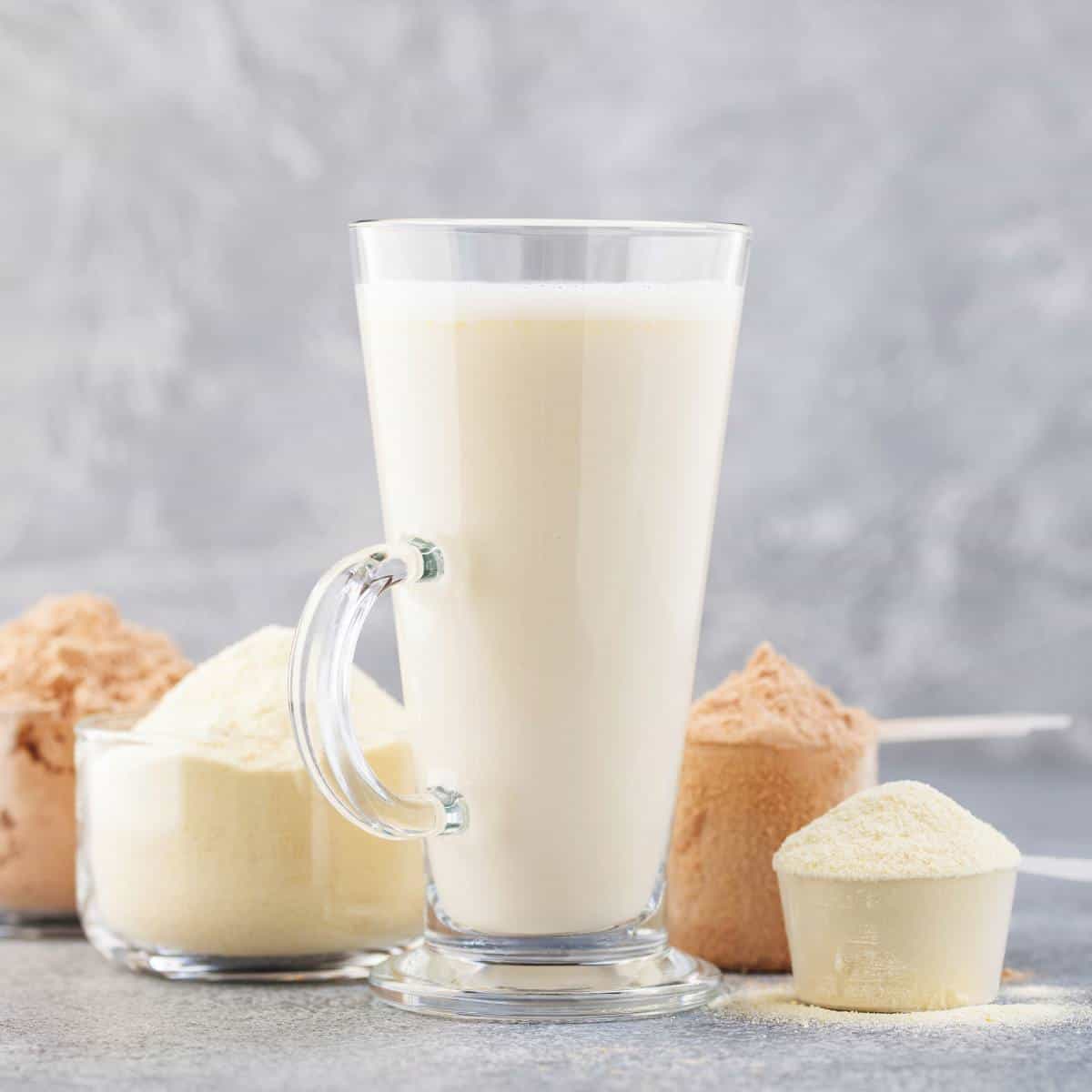 Whey protein has the fitness industry by the throat, long touted as the most easily digestible dietary supplement around. Long before vegans had to explain that protein exists beyond meat and animal products, humans have been preoccupied with this macro nutrient, sometimes to the detriment of all others.

While the recommended daily allowance for protein is much less than previously thought, there is a time and a place for powdered meal replacements and high-protein snacks. It may seem like there’s no way around using whey powder for optimal nutrition, but there’s a lot you should know before mixing up your next shake.

Whey is prolific in protein marketed products and can be found in thousands of packaged goods on the shelves. It’s important to note that whey is not vegan-friendly but there are vegan options.

Few ingredients have enjoyed such a significant glow-up as whey protein. Whey has been around for over 8,000 years as a waste product of cheese making. It’s one of two proteins in dairy milk (the other one being casein) that separates from the curd, which are the solids that turn into spreads, wheels, and shreds.

For centuries, this liquid was used as fertilizer and animal feed, until scientist developed methods for concentrating and drying it into a fine powder. It was quickly and heavily marketed to the public and adopted by bodybuilders and athletes for its ease of inclusion in bars, shakes, chips, and pretty much any other food.

But is whey actually healthy? And is it vegan?

No, whey is not vegan since it’s made from animal milk (usually a lactating mother cow’s milk). It takes many gallons of milk to yield a small amount of highly concentrated dry whey powder which requires a very high output from many cows. That’s a clear ethical issue for any animal lover.

Whey isolate may sometimes be labeled as “lactose free” as it contains only that single, highly processed protein, but it’s still derived from dairy, and not suitable for vegans or anyone with severe allergies.

Is There Such A Thing As Vegan Whey?

It sounds like a crazy contradiction, but through advances in science and technology, there is now such a thing as animal-free whey protein. Perfect Day has developed a protein that’s DNA-identical with conventional dairy whey but is grown in a lab via microflora, without the help of cows.

Ethical vegans can reap the benefits through a select few companies partnering with Perfect Day, but anyone with dairy allergies should still steer clear. Animal-free whey protein is still extremely rare and will always be clearly labeled as such. There are currently only two brands of vegan whey protein available:

Is Plant-Based Protein Better Than Whey?

Just like clothing, there’s no one-size-fits-all solution to protein powders. Some bodies tolerate certain foods better than ever. Gluten, for example, is an extremely dense source of high-quality plant protein, but anyone with Celiac disease would have a terrible reaction to it. In general, though, there are a few main benefits to all plant-based protein:

There are tons of whey-free vegan protein powders on the market, as well as vegan protein bars! If you’re looking to bulk up or supplement your protein intake, there are plenty of options that don’t involve whey.

But there’s certainly no need to supplement with protein powders if you are getting enough protein from your food! All plants that grow under the sun have protein, and here are some of the best sources: