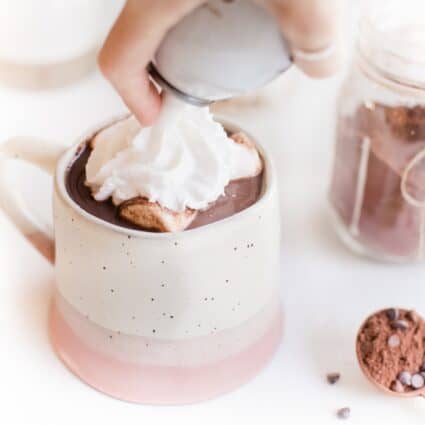 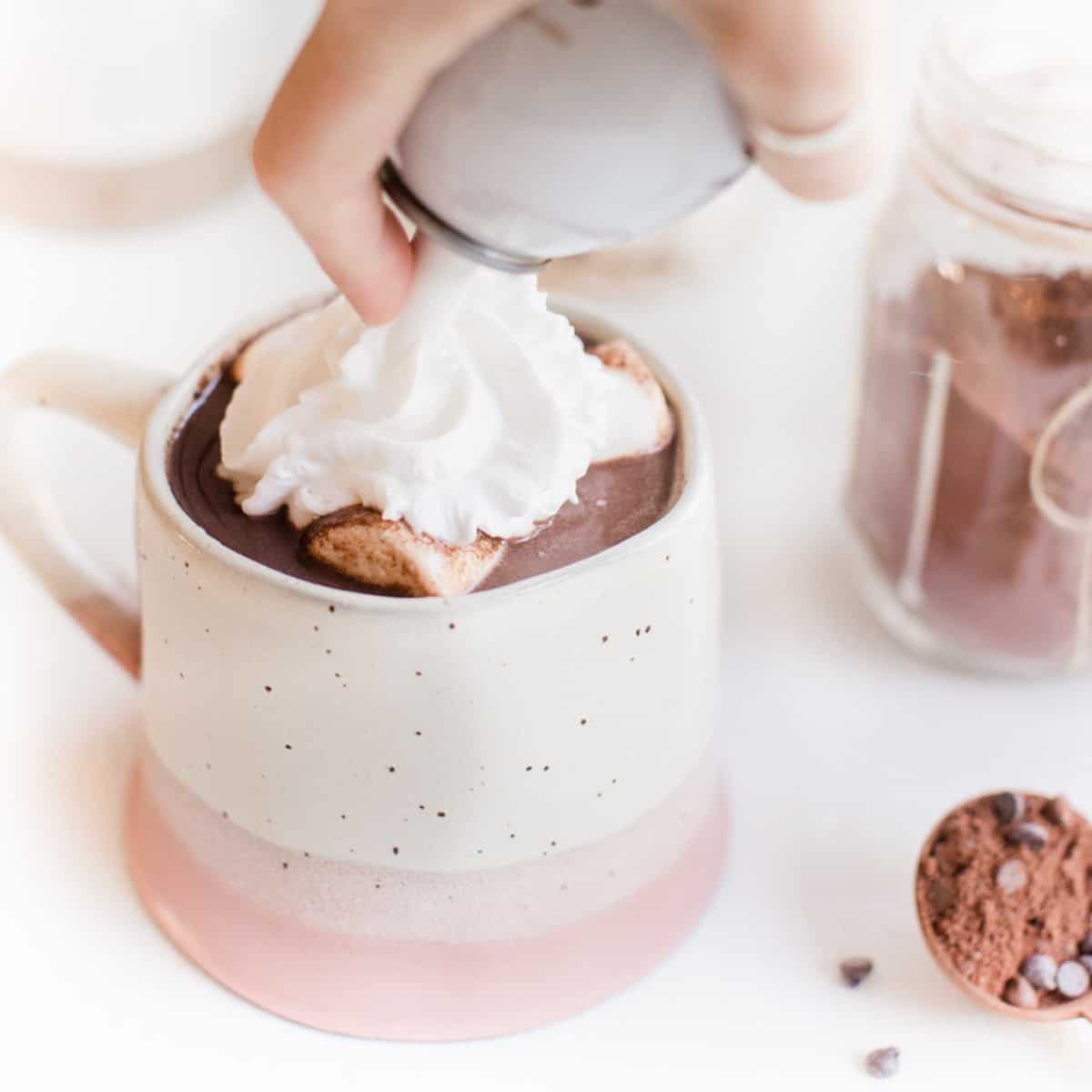 Fluffy and light, cool and creamy, yet thick and rich all at once, it’s a carefully balanced combination of disparate elements, creating an experience greater than the sum of its parts.

Conventional whipped cream is exactly that: Heavy cream that’s been vigorously whipped, trapping a matrix of tiny air bubbles until the whole mixture has roughly doubled in volume and is stable enough to hold its shape. This is possible thanks to the unique combination of fats and proteins found in the dairy base, but that’s not to say that only animal products can produce this magical transformation.

Anything dairy can do, plants can do too (and often even better)!

What Is Vegan Whipped Cream?

Like the wide array of non-dairy milks on the market, the base for vegan whipped cream can come from pretty much any nut, seed, or grain under the sun. Popular choices include almonds, oats, and coconuts. Sweeteners are added for flavor, along with stabilizers and thickeners so your finishing touches can stand up to scrutiny under the spotlight. This is industry standard for dairy-based whipped cream options as well.

BEWARE of so called “lactose-free” options! These may still be made from dairy derivatives and are thus not vegan or pareve for those keeping kosher.

Ready-to-use options are packaged in aerosol spray cans in the refrigerated section or in plastic tubs nearby the ice cream in the freezer aisle.

For anyone nostalgic about the coolest whipped topping sold in the freezer case, Coco Whip a perfect replacement! Made with a base of coconut oil, this is an ideal ingredient in many recipes like chiffon pies and southern “salads.” Choose from Original for a thicker, more stable foam or Light to reduce the calorie load. Simply let the containers thaw in the fridge before use and they’ll be ready to go.

Made from luscious, pure coconut cream, you can rest assured that this is both a tasty and safe option that everyone can enjoy. In addition to being certified vegan, it’s also lactose-free, dairy-free, gluten-free, and cholesterol-free. You can scoop up some great deals at discount grocers if you keep you eyes peeled, such as Aldi’s and Trader Joe’s, particularly around the winter holidays.

One of the single most recognizable brands of whipped cream packaged into a spray can on the market, Reddi-wip has been the default dairy option for almost 75 years. In 2018, they changed the game by releasing two distinct vegan alternatives, one made with Almond Milk and the other with Coconut Milk. Both are certified gluten-free and contain a scant 10 calories per 2 tablespoon serving.

Born from the lack of whipped toppings made from real, healthy ingredients, the Vegan line is one of the four lifestyle options. Soy is the only potential allergen in these GMO-free, gluten-free, preservative-free blends. Look for the teal-colored tubs nearby the ice cream and other frozen desserts.

Though rarely seen on store shelves in North America, Soyatoo was a pioneer in the field of vegan dessert topping technology. This German company offers a Rice Whip and Soy Whip topping in refrigerated spray cans, in addition to liquid, whippable plant-based creams in aseptic boxes. These are most likely special-order items, though some gourmet and natural grocers still stock them.

In this competitive marketplace, many grocery stores have their own private label goods that are on par with top brand names. Whole Foods (365), Trader Joe’s, and Sprouts Farmers Market all have comparable vegan whipped creams that are either coconut- or oat-based. Best of all, these are sold at a lower price than most name brands, making it easier or more affordable to be vegan than ever.

For a DIY approach, you have easy options to make your own vegan whipped cream from scratch! These are great ideas for anyone on a budget, looking to cut down on packaging, or simply enjoy their own homemade creations.

There’s an art to using aerosol cans of whipped cream to their full potential, vegan or not. Here’s a few tips and tricks to keep in mind for best results.