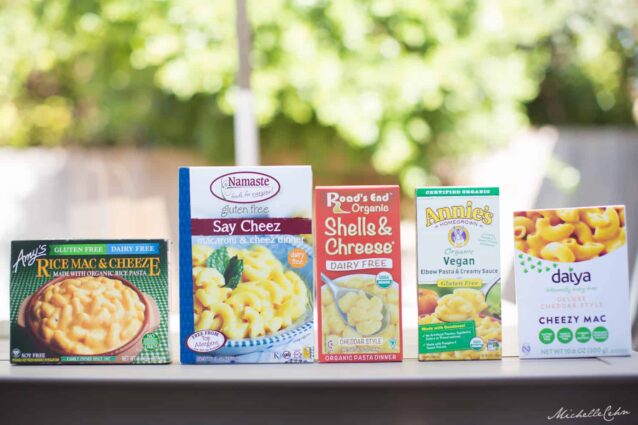 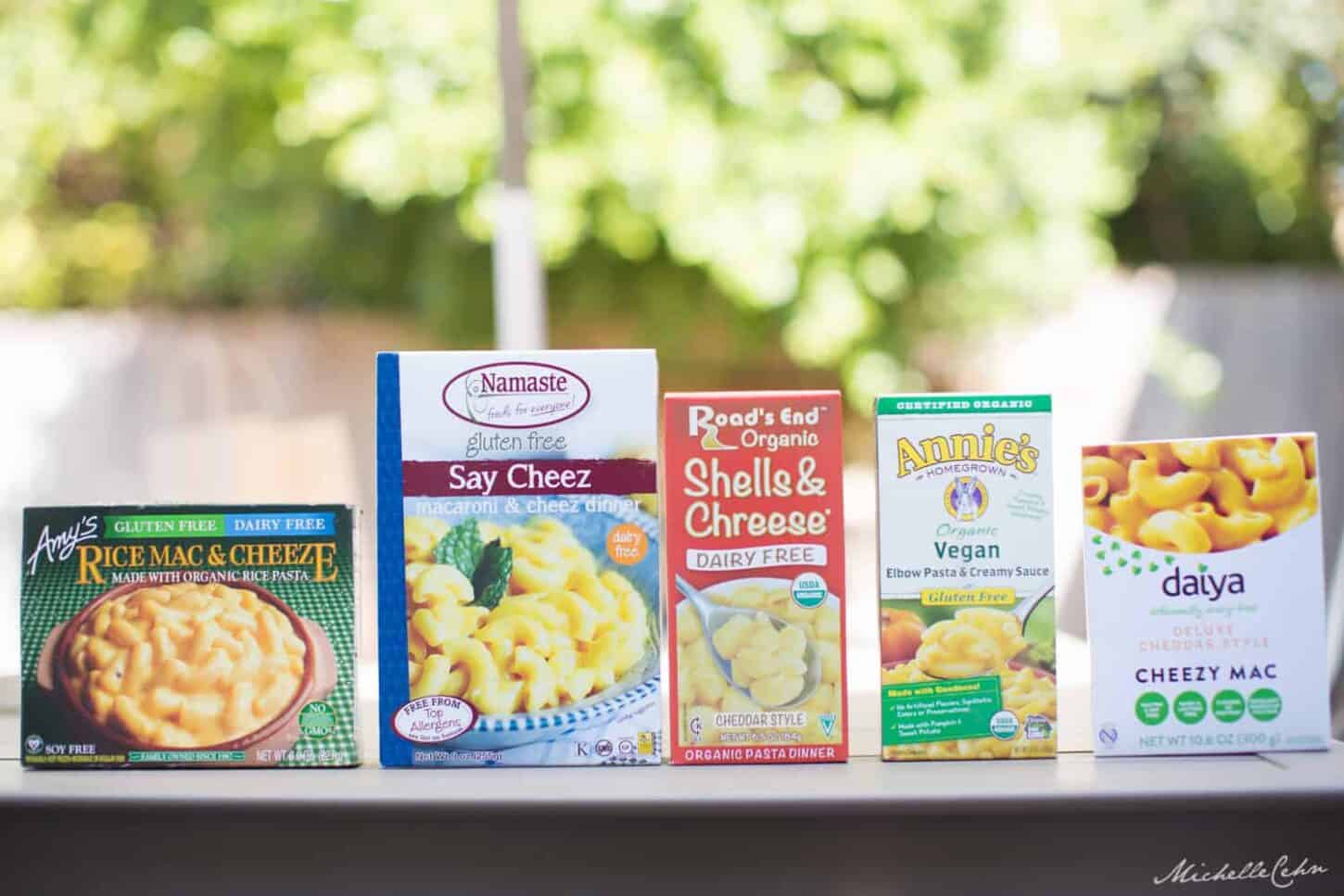 There once was a time when vegan mac ‘n’ cheese was hard to come by. But today you can find it on many grocery stores shelves, on countless restaurant menus, and featured in recipes on seemingly infinite blogs!

And as a huge lover of mac and cheese, I’m thrilled about it. So today I’m introducing you to the beautiful array of store-bought vegan mac options and sharing my personal favorites. Enjoy!

While this can be a little difficult to find, if you do happen upon this frozen mac from Field Roast, swipe it up right away! It’s delicious, comes in multiple flavors, and is made using their coveted vegan CHAO cheese. 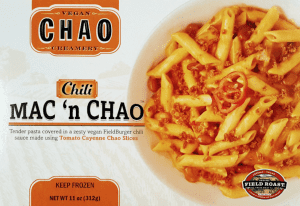 This widely cherished mac and cheese can be found in the freezer aisle of many mainstream grocery stores (like Whole Foods and Sprouts). Just pop it in the microwave and enjoy a gooey dish of cheesy heaven. But be careful when you’re shopping for this mac—they have two that look very similar, and only one of them is vegan. Look for that “Non-Dairy” label (pictured below)! 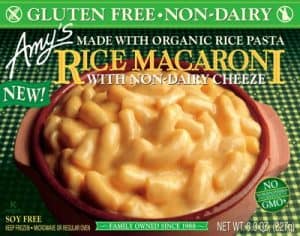 This Velveeta-style macaroni and cheese comes with uncooked pasta and a packet of gooey cheese that you can squeeze on top and mix in. There has been a mixed response to this mac online—some people swear by it while others consider it totally unpalatable. Either way, this is one of the most accessible boxed vegan mac and cheese options out there. You can even find it at Target! 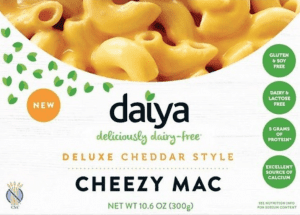 This mac may look a bit dated—because it is! It’s been around for ages, so if you’re a long-time vegan, you’ve probably had this before. It’s another controversial one—some love it while others can’t stand the strong nutritional yeast flavor. If you’re in the ‘love it’ category you’re in luck because it contains added B vitamins (like Vitamin B12) and is made with ingredients you’ll actually recognize (always a plus).

Embrace your inner hippie when you choose this vegan mac. You can find this one on Vitacost (my favorite vegan-friendly online grocery store). As with many of the others, this mac goes beyond vegan—it’s also certified gluten-free, non-GMO, and kosher. Unfortunately, taste-wise, it hasn’t received stellar reviews. 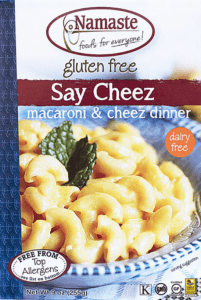 This spin on mac from the popular brand Annie’s Homegrown is pretty unusual. It is a bit sweet with a subtle pumpkin flavor—not my favorite. But hey, it’s widely available so some people must love it! 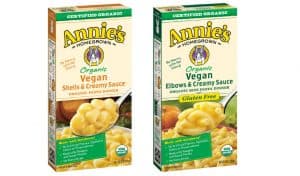 If you frequent specialty natural foods stores or vegan grocery stores like Animal Place’s Vegan Republic in Berkeley, California, you might come across this brand of vegan mac. They also sell packets of just the cheese powder that you can make into a cheese sauce and mix into your own pasta.

I first discovered this mac and cheese at the Natural Products Expo West where Pastariso had an entire booth dedicated to it. This mac is hard to find in stores, but you can order it on Amazon! 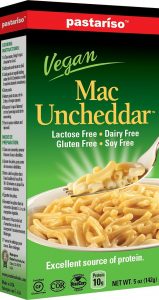 I’ve got to hold a moment of silence for my favorite boxed vegan mac that is no longer available from Earth Balance. Hopefully one day they will bring it back because it was the bomb! 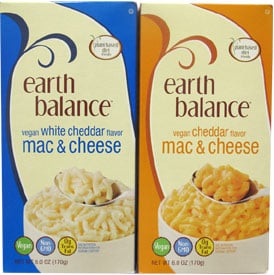 As you can see, there are many vegan mac and cheese options to choose from. But which should you go for? We put the most accessible brands to the test with Plant Based on a Budget. Watch and see which ones we loved, and which made us grimace.

I still believe homemade mac ‘n’ cheese is the best of all, and we have several recipes for you here at World of Vegan, as well as a video showing you how to make one version by Allison from The Dairy Detox:

If you’re hungry for more, I have a recipe in my e-cookbook, The Friendly Vegan Cookbook.

So…what’s YOUR favorite way to enjoy vegan mac and cheese? Let us know over on Twitter!