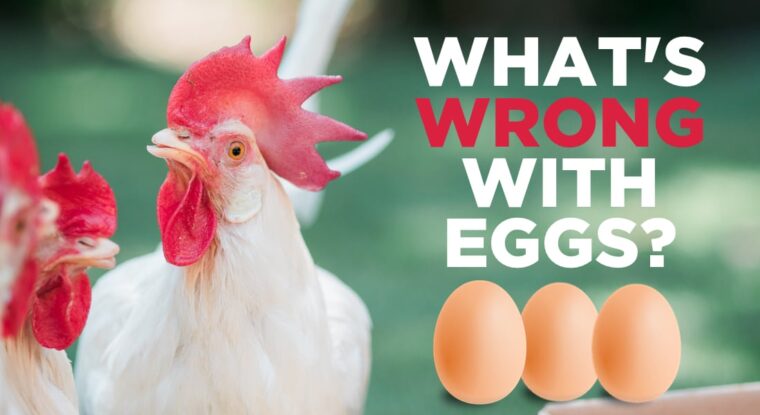 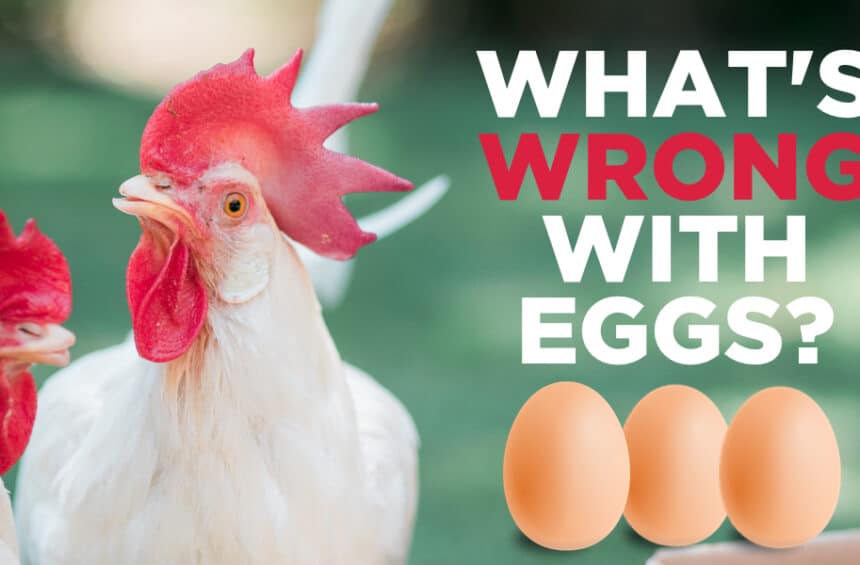 Few people are aware of the degree of suffering involved in egg production. In fact, the egg industry is one of the most abusive of all the industries that exploit animals for food.

Most hens that are raised for egg production today live in small cages where they can’t even stretch their wings. They are constantly scraping against the bars of their cages, their feathers wear off, they have bruises and abrasions on their bodies, and they live this way for about a year.

Thankfully there has been a lot of awareness and concern about this, so there’s a move now towards cage-free eggs, which is a positive step. However, cage-free is definitely not cruelty-free. We still have hens that are very much overcrowded, packed so tightly that they’re de-beaked, meaning part of their beak is cut off so they don’t peck each other. And then they’re sent to slaughter, usually at a fairly young age. So that’s what’s wrong with egg production, whether it be in a battery cage operation or in a cage-free operation.

The bottom line is that these animals are seen as commodities—as food production units—not as living, feeling creatures. Whenever that’s the case, their suffering is likely, their exploitation is inherent, and when they’re no longer profitable, they’re killed. That’s what happens on all egg farms.

The more you learn about chickens, the more you’ll start to see them as individuals with personalities, likes, dislikes, quirky attitudes, curiosity, and many other behaviors not too different from the dogs and cats we live with at home. Here are 5 fascinating chicken facts that may surprise you.

If you’d like to adopt a cruelty-free diet, ditch the chicken eggs and choose plant-based options instead. We have a handy guide showing how to bake without eggs and vegan eggs like the Just egg scramble are also coming to life and quickly becoming more accessible. Look toward these more compassionate options which also happen to be far healthier too.

Many thanks to Farm Sanctuary co-founder Gene Baur for joining us for this VegAnswers video.