Home » All Posts » Guides » Vegan Questions » The Future of Meat

The Future of Meat 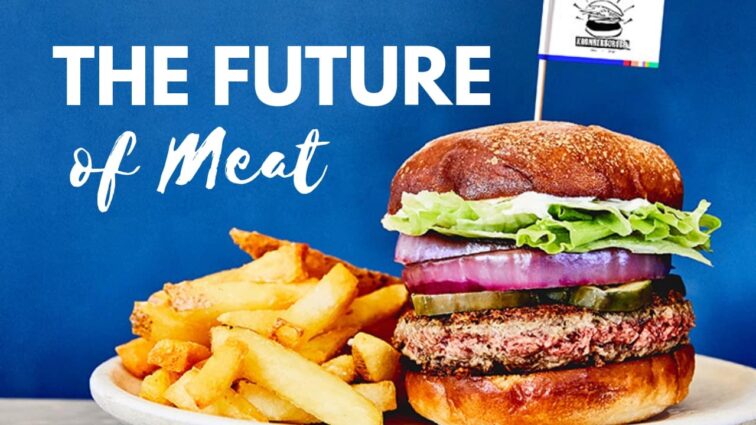 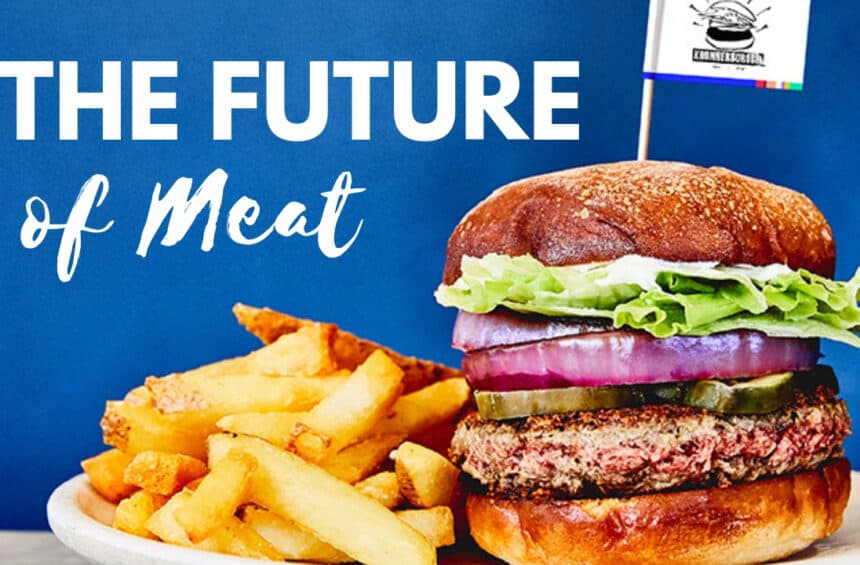 In the 12 years since I went vegan, plant-based meats have gotten really good. I mean, scary good.

When I eat an Impossible Burger or Beyond Sausage at a restaurant, I have this “Hey, are you sure?” moment where I wonder if they made a mistake in the kitchen.

And don’t even get me started on Gardein crab cakes. I can’t keep them in the house anymore because I’ll eat 10 of them before dinner.

I didn’t stop eating animal meat because I didn’t like the taste. My motivation was a desire to reduce animal suffering and environmental destruction. But since I still really enjoy the flavors and textures of meat, I’m excited to have plant-based alternatives that are as good as or better than the animal products I grew up eating.

It doesn’t hurt that plant meats are healthier too, with zero cholesterol, less saturated fat, and no worries about cleaning salmonella off your cutting board.

Some of my vegan friends find the newest plant meats kind of creepy—they’re just too realistic if you don’t like the idea of eating animal flesh. If you’re horrified by a Beyond Burger oozing red beet juice on the grill, you know what I’m talking about. I’ve got nothing but respect for that point of view, but despite my deep commitment to a vegan lifestyle, I still want to eat foods that resemble animal meat. Shaking off decades of meat-eating experience is hard.

Meat Alternatives: Not Just for Vegans

Which brings me to the future of meat. Despite all the publicity in recent years about the misery experienced by animals in the factory farming system, and the environmental devastation caused by mass production of meat, we’re not seeing significant increases in the numbers of vegetarians and vegans in the U.S. A recent Gallup poll found that just 3 percent of Americans call themselves vegan. But the good news is that demand for plant-based meat alternatives is exploding—the market for plant meats grew an incredible 23 percent last year! Nearly 12 percent of U.S. households are buying plant meat products now, so clearly this market is bigger than just vegans and vegetarians.

If a big win for animals and the planet is only possible when a majority of the U.S. population goes vegan, it’s going to be a long time coming. I believe that a faster path to decreased animal suffering is via the millions of people who aren’t willing to go veg but who are reducing the amount of animal meat that they eat. And for these consumers, plant meats are an appealing alternative—I bet they don’t mind at all if their plant burger “bleeds.” The more that plant meats look, taste, and cook exactly like their animal-based counterparts, the easier it will be for people to choose them as part of a healthier, more ethical diet. As plant meat products get tastier, get cheaper, and show up at every corner store, their dramatic market growth will only accelerate.

Real meat without the animal? Whaaat?

The plant meat revolution is already well underway. But an even bigger innovation is coming soon: cultured meat (also called cell-based, clean, or even craft meat). Let’s start with a definition: cultured meat is made from actual animal cells that are replicated to produce different cuts of meat. It’s made from the same nutrients as animal meat but does not require raising and slaughtering animals. Cultured meat does need animal cells to start the replication process, but these cells can be obtained via a small biopsy from a living animal. This means dramatic reductions in the numbers of animals suffering in factory farms and slaughterhouses.

The cultured meat industry is moving at a breathtaking pace. The first proof-of-concept cell-based hamburger was cooked and eaten in 2013, at a cost of $300,000. Today, more than two dozen companies are developing clean meat replacements for cow, pig, chicken, and fish meat, and prices have come down more than a thousand-fold.

Traditional animal meat companies are taking notice. Tyson Foods, the largest meat processor in the U.S., has recently invested in both Memphis Meats (a cell-based meat company) and Beyond Meat (which makes plant-based meat products like the Beyond Burger). Tyson’s CEO was quoted as saying, “If we can grow meat without the animal, why wouldn’t we?”

Cultured meat isn’t available for purchase yet, but will be widely available in the next 5-10 years. Significant progress has been made tackling the technological challenges of growing cells into muscle and fat tissue in bioreactors. Companies are now shifting their focus to bringing costs down and scaling up production. We can expect to see products like burgers, canned fish, and chicken nuggets first, followed by harder-to-produce whole cuts like steaks and sashimi. Some companies will choose an artisanal positioning for their new products, which will allow them to deliver products even sooner with premium pricing.

It’s not just a question of “as good as animal meat”— it will be possible to make cultured meat that’s got better taste and nutritional qualities than the animal counterpart. If you’re going to culture a steak, why not use cells from the very best Wagyu cattle? How about some extra omega-3s as well? Economies of scale will likely make cultured meat cheaper than animal meat over time—imagine the efficiency of not having to feed an entire chicken to get the breast or wing.

Cultured meat is really, truly, animal meat, right down to the cellular level—it’s just produced in a different way than meat from live animals. Sure, some vegans won’t want to eat cultured meat despite the lack of animal cruelty. Sure, some meat eaters will need an adjustment period if they initially see cultured meat as unnatural. (Although, now that I think about it, what’s natural about conditions on a factory farm?) That’s fine. What matters is that we’re soon going to have widely-available, high-quality cultured meat products that are identical or superior to today’s animal meats. And as younger consumers grow up surrounded by cultured meat options, they’ll wonder what all the fuss was about.

Most people don’t choose to eat animal meat because it involves great animal suffering and environmental destruction but in spite of those issues. Meat appeals to people for many reasons: because it’s familiar, because it’s part of their family and cultural tradition, and because they love how it tastes and how it makes them feel. What you choose to eat is a big part of who you are. These factors make it challenging to convince people to give up meat, even though they care about animals and the planet.

But our current approach to meat production is unsustainable. Raising animals for consumption is a major contributor to many of the world’s most serious problems, including climate change, biodiversity loss, deforestation, antibiotic resistance, and food-borne pathogens.

If we are to feed 10 billion people by 2050, we’ll need radical change. And with plant-based and cultured meats, we can achieve that change while people keep enjoying all the things they like about eating meat.

The easiest change to make is the one you don’t have to make at all.

Looking for some “meaty” vegan recipes? Check these out: