Vegan Salmon: The Complete Guide to Nutrition, Brands, and Recipes 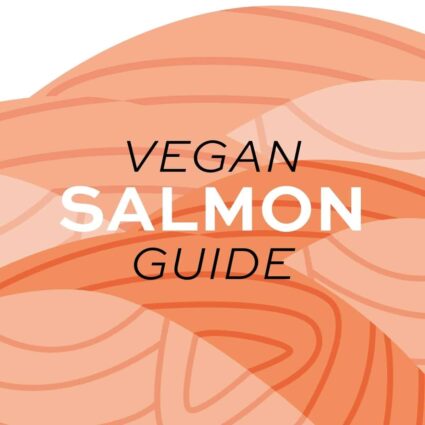 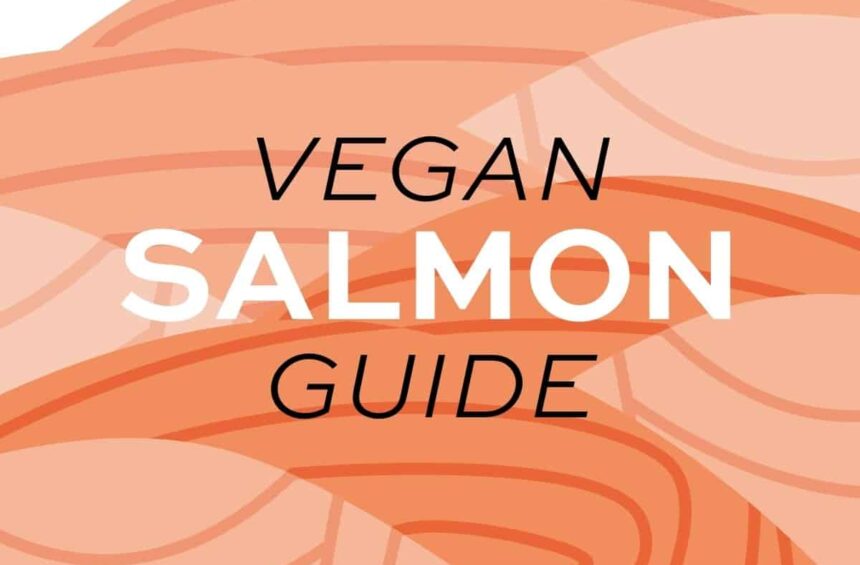 Vegan salmon is making a splash in headlines lately, but what is it, really? Is it safe, healthy, and most importantly, tasty? Let’s dive in and find out!

After years of over-fishing, climate change, and toxic chemical spills, the saying that “there are plenty of fish in the sea” no longer rings true. Populations of entire species are being pushed to the brink of extinction with every fresh catch.  Future generations may find more plastic than aquatic life in the oceans if serious efforts aren’t taken to reverse this trend. Though that sounds bleak, take comfort in knowing that the change can start with you, one meal at a time. Vegan salmon is here to save the day!

It may sound fishy, but there’s a wide range of news option out there for seafood lovers that comes from the land, not the ocean. Plant-based salmon has been in the works as long as veggie burgers have been hitting hot grills but are only now making a splash onto the market. Replicating the distinct, delicate flavor and texture is much more challenging than generic ground meat, which makes the latest innovations in food technology a real coup for compassionate consumers.

The problems with salmon go far beyond the concerns over eating animals. Fishing is destroying our oceans, isn’t as healthy as you may think it is, and there are even human rights issues as well.

Slave labor on fishing boats is a common practice outside of the US. That means lower prices at the grocery store at the cost of incredible human suffering. According to the Global Slavery Index, a 2017 study of Cambodian and Burmese fishers in Thailand between 2011 and 2016 found more than 75 percent of migrant workers in the Thai fishing industry had been held in debt bondage. Nearly 40 percent had been trafficked into the Thai fishing industry in that time frame as well.

Overfishing takes critical food sources away from other wild animals, causing ecosystems to collapse. “Ecological extinction caused by overfishing precedes all other pervasive human disturbance to coastal ecosystems, including pollution, degradation of water quality, and anthropogenic climate change,” reports a study published in the peer review journal, Science. When we run out of salmon, we don’t just decimate that one species; it causes a ripple effect that will starve bears, orcas, eagles, and many more animals.

But most of salmon today is farm-raised. Farm-raised salmon contains unhealthy levels of contaminants like PCBs (polychlorinated biphenyls,) dioxins, mercury, and other chemicals shown to cause cancer and developmental problems in children. According to the Mayo Clinic, farmed salmon is higher in PCBs than wild-caught. But consumers can often be duped as fish fraud is widespread in restaurants and supermarkets.

What Is Vegan Salmon Made Of?

There are many novel methods for creating fish-free salmon yielding unique results, best suited for different types of preparation.

When you want vegan salmon that tastes and looks identical to conventional fish, there are more choices than ever to indulge in. Shop online for the widest selection since most are still specialty goods and imports from overseas.

How To Make Vegan Salmon From Scratch

Vegan salmon has yet to swim onto mainstream markets, but that doesn’t mean you need to go without. There are plenty of easy recipes for making your own healthy salmon alternatives at home.

While we often hear that fish is a healthy source of lean protein and omega fats, the benefits of eating fish may be overstated, and the actual health impact of salmon may equal a net negative.

The Environmental Defense Fund suggests that all adults limit wild salmon to one serving per month and farmed salmon to no more than two, because of PCB contamination. High acid levels in fish can cause calcium loss leading to osteoporosis and kidney stones.

A growing body of research continues to point to the benefits of a plant-based diet including healthy plant sources of omega fatty acids. Plant-based diets are often more cost-effective and a low-risk way to lower mortality risks such as high body mass index, high blood pressure, HbA1C, and high cholesterol levels. Plant-based diets may also reduce the number of medications needed to treat chronic diseases.

Vegan salmon can come from a number of sources from pea protein to vegetables seasoned to taste like salmon. Since the sources of vegan salmon vary wildly, it’s difficult to assess the nutritional benefits as a whole. But, common vegan salmon substitutes (some are listed below) show strong nutrition profiles including lean protein, high fiber, and a healthy dose of omega fatty acids.

What About Salmon Roe?

Some people mistakenly believe that salmon roe, AKA fish eggs, or ikura in Japanese, can be done sustainably. While only one method involves killing the fish, all exploitative at best and horrifically brutal at worst. Eggs are stripped directly from the live fish’s ovaries for the span of their lifetimes.

Luckily, vegan salmon roe exists, too! Typically made from agar, which is a type of seaweed, it has the very same look and feel as the animal products, with the added benefit of costing a fraction of the price. Cavi-art is the most popular and widely available brand, or you can make your own using marinated tapioca pearls.