Home » All Posts » Shark Finning Kills 11,000 Sharks Per Hour and Threatens Our Oceans

Shark Finning Kills 11,000 Sharks Per Hour and Threatens Our Oceans 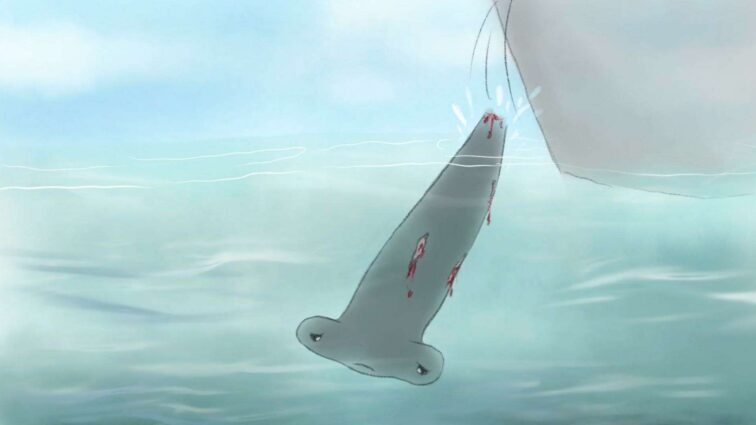 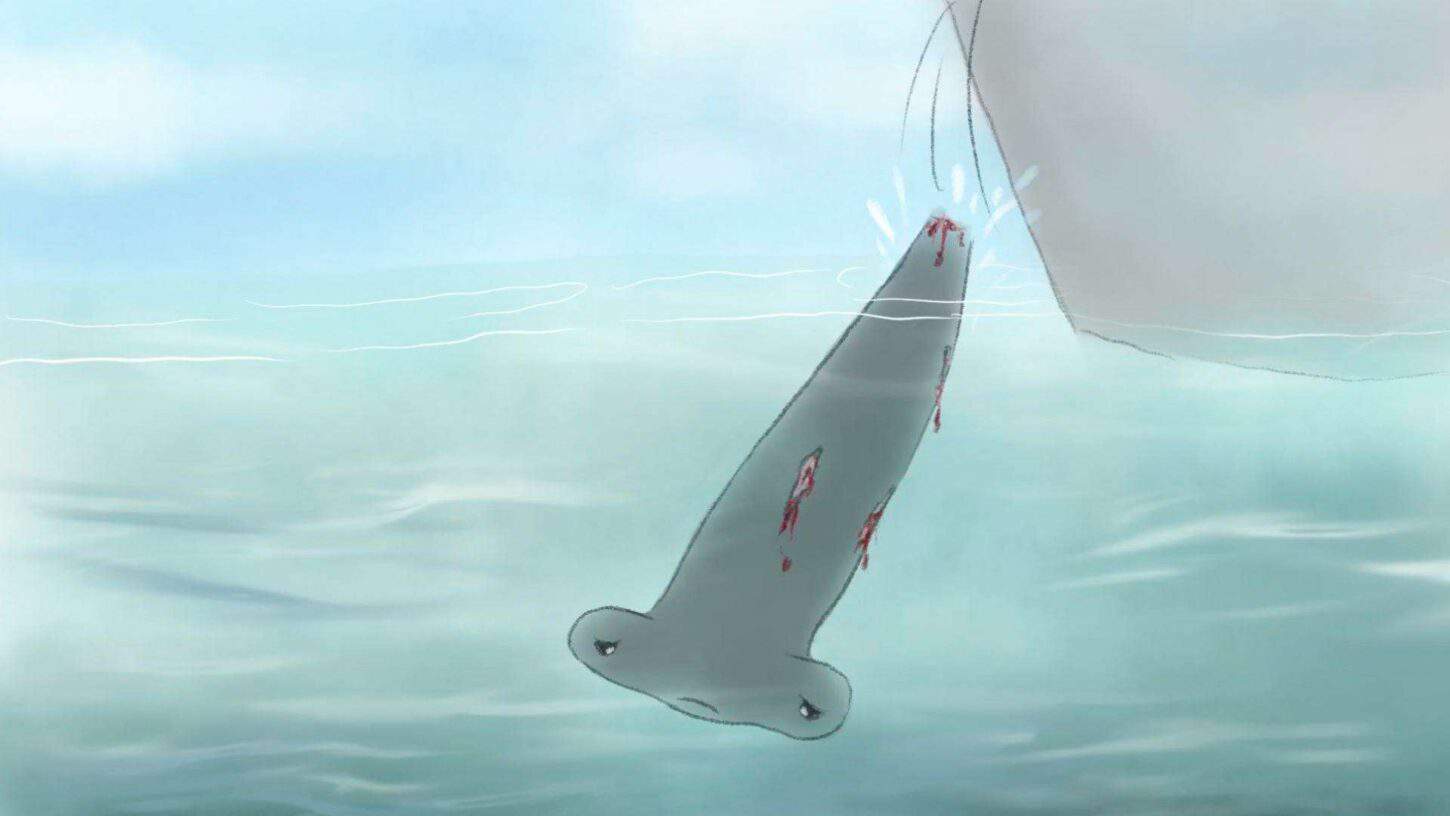 Sharks kill about a dozen people per year. Meanwhile, humans kill more than 100 MILLION sharks per year. We’re wiping out the top predators in our oceans which impacts everything else living in the seas. The consequences of continuing this practice will be disastrous. As Sea Shepherd Conservation Society captain Paul Watson says, “If the ocean dies, we die.”

For The Love of Sharks

When I was young, I would count down the days and hours until Shark Week began. I was ready to learn about the impressive great white, the cunning mako, the assertive bull shark, and the majestic whale shark.

Constantly in awe of their beauty and efficiency, I watched every minute I could to understand the mysterious ocean world and these ancient fish. But as I sat by the television, I realized that sharks were, and are, in danger of extinction. And because of that, so are all beings on this planet.

Sharks aren’t defined by the shark attacks often shown during Shark Week these days. They’re so much more than something to fear. Sharks are apex predators, but they aren’t separate from us. Sharks are beings who feel, and they’re a part of the vital ocean ecosystem that keeps the planet healthy. And even though they’ve managed to be here for over 400 million years, humans have become their apex predator in the last several decades.

In 2020, a study found that 77% of large shark and ray species are threatened with extinction. Sharks are overfished, and one practice that threatens millions of years of shark existence is shark finning.

What is Shark Finning?

If this subject is new to you, let’s start with a shark finning definition. Shark fin is widely considered a delicacy in Asia and other parts of the world. Once served to royals, rising income levels have led to increased demand. Shark finning is the practice of cutting off a shark’s fins and throwing the animal back into the ocean while they’re still alive, where they suffocate, die of blood loss, or are eaten by other sea animals.

In order to “breathe,” sharks need to swim so water will flow through their gills and provide oxygen. But without fins, sharks sink to the bottom of the ocean, unable to swim, unable to escape predators, and unable to breathe.

Shark finning impacts sharks of every species—from hammerheads to great white sharks—a fin is a fin. Sadly many shark species are now listed as endangered or vulnerable, at risk of extinction.

The international shark finning industry is highly unregulated, and many countries don’t even have limits on how many sharks can be caught. They are suffering without many protections. And for what?

Why Do People Take Shark’s Fins?

While sharks are caught as bycatch for human fisheries, sharks are primarily killed for shark fin soup.

Regarded as a delicacy for hundreds of years, the high demand for shark fin soup hasn’t shown much slowing over the years, giving fisheries even more incentive to continue the practice of shark finning. And the commercial fishing technique used to catch sharks does not discriminate, often catching sea turtles, dolphins, and other marine animals, along with any size, age, or species of shark.

How Much Do Shark Fins Cost?

A single shark fin can sell for hundreds—and even in some cases thousands—of dollars. A single bowl of shark fin soup can cost between $50 and $100.

We Need Sharks To Survive and Thrive

The cruelty of this practice can be compared to the human exploitation of animals in the U.S. and other countries. Much like dehorning dairy cows or clipping chick’s beaks and leaving them to suffer for production and consumption of food. Land animal agriculture has its own set of ecosystem and biodiversity impacts, and shark finning is no different.

As populations of sharks sharply decline, the population of shark’s prey increases. Why is this a problem? Because the ocean is a delicate ecosystem that needs balance. Sharks grow slowly and have low reproductive rates, making it difficult to replace the population taken for shark fins. When their prey starts to eliminate other species, the species diversity of the ocean declines, and vegetation is overconsumed.

We need apex predators, like sharks, to uphold the complex ocean ecosystem and maintain its rich diversity and life.

How Do We Protect Sharks from Shark Finning?

Sharks are feared by many because of their portrayal in movies and television, but on average, sharks kill less than ten humans per year. Meanwhile, humans kill over 100,000,000 sharks per year. That’s over 11,000 sharks per hour and two to three sharks per second.

The effort to protect sharks from shark finning and ultimately extinction has been years in the making but is largely disconnected. Every country with a coast is responsible for its fishing restrictions, and many countries have not banned the cruel practice.

In the U.S., only 12 states have banned shark finning. In 2000, the U.S. passed the Shark Finning Prohibition Act, which made it illegal to pass through U.S. waters with shark fins that did not have a corresponding shark body. Unfortunately, this act has a loophole, not requiring fisheries to bring sharks ashore with fins attached. The enforcement has been challenging, but it was just a Band-Aid to the more significant issue of killing sharks. In 2010, the government passed the Shark Conservation Act, making the practice illegal but ultimately driving up demand and moving it to international markets.

A comprehensive, nationwide ban on shark finning is still desperately needed if we’re to make sure the U.S. isn’t driving the demand for slaughtering sharks around the world. At the end of 2019, the House of Representatives passed the HR.737, The Shark Fin Sales Elimination Act of 2019. This bill would make it illegal for anyone to possess, buy, or sell any product containing shark fins.

Investigative footage and undercover videos are powerful tools for exposing cruel practices that are otherwise hidden far from civilization or behind closed doors. However, many people turn away from these videos, unable to watch because the content is too graphic.

In this new illustrated short film, we’re taking viewers under the ocean waves to shine an investigative flashlight on one of the most devastating practices happening today: shark finning. This “Draw My Life” video shows what shark finning is like without graphic footage.

This ‘Draw My Life’ video tells the story of an independent hammerhead shark named Stella who adventures through life in the ocean, until she swims under a shark finning vessel and things go tragically wrong.

While we eagerly wait for legislation to pass to protect sharks, there are ways to help protect these majestic animals right now.

Awareness is critical to driving action for shark conservation and ending this cruel practice. Sharks need our help to survive, and we need their help to keep the oceans full of diversity and life. Together we can make a difference for sharks everywhere.

Here are a few of the sources we turned to in researching information about shark finning: