share this post
What's vegan at Shake Shack? We've done the research and outlined all the vegan, vegetarian, and dairy-free menu options at Shake Shack to make ordering as easy-as-fries. (Because let's face it, there is no vegan pie.) 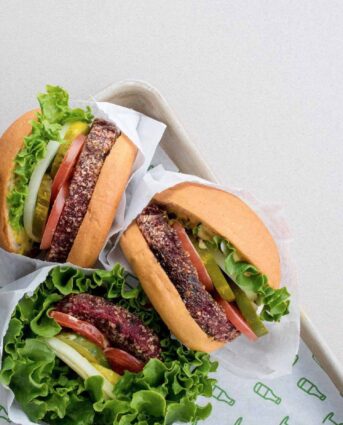 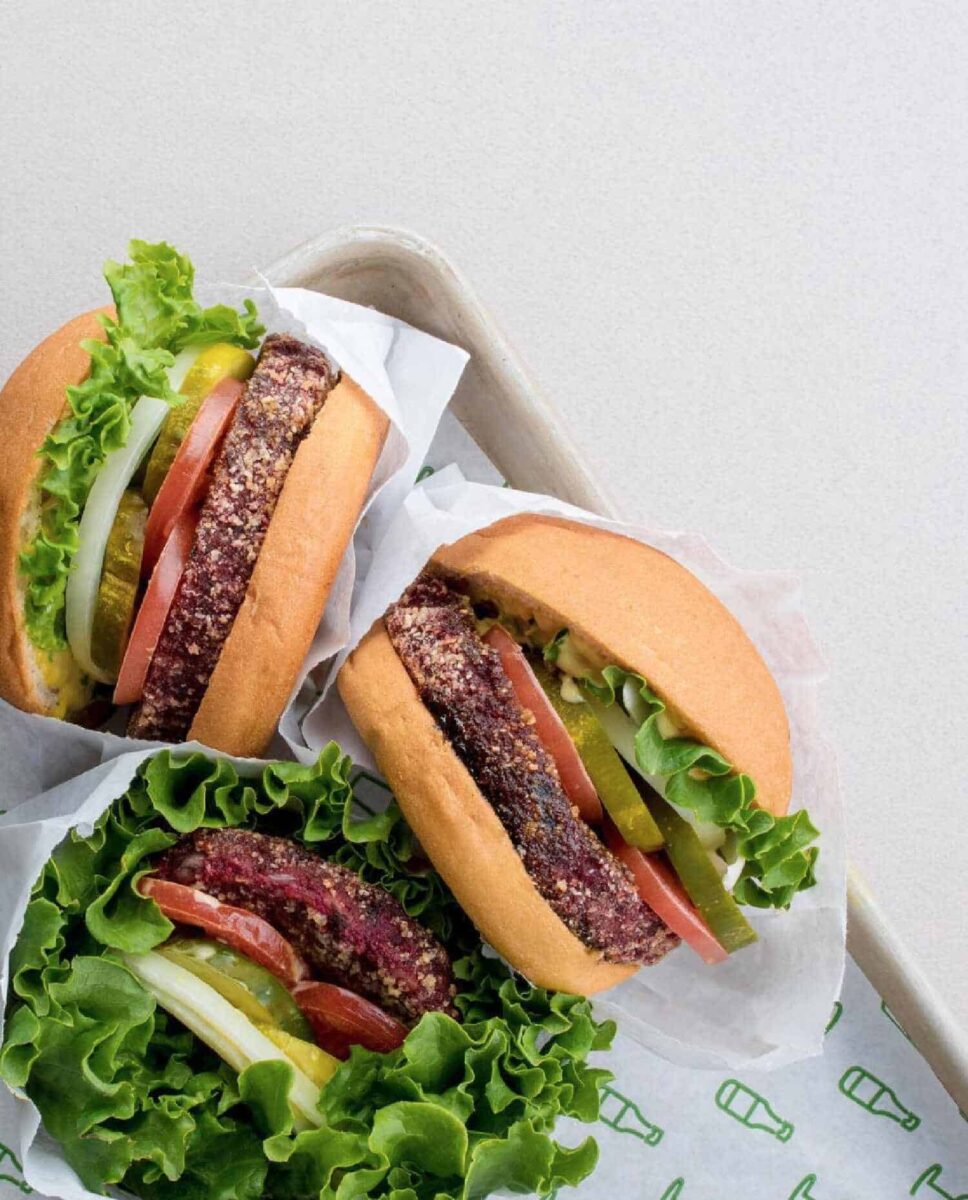 With more than 250 fast food locations around the world, Shake Shack keeps us on our toes teasing us with vegan-friendly options. While none of them have landed a permanent place on this big-time burger and shake menu, we’re hoping one day to see a Shake Shack vegan burger boldly on display.

We’re sure that this fast-casual restaurant is not your first choice when it comes to dining out. But, we all know that (sooner or later) we’re in a position where we have to figure out what the plant-based options are and make a decision with lightning speed. No worries, friends, we did all the work so you can relax and enjoy (what little there is) when in need.

Is there a veggie burger at Shake Shack? Any chance of dairy-free ice cream? Keep reading and we’ll share all you need to know.

How to Navigate the Shake Shack Menu

Because there are so few choices at this fast food restaurant, we’ll just get down to the nitty-gritty. There are (at most) four options for edibles at this eatery. Here’s what we suggest:

Does Shake Shack Have a Veggie Burger on the Menu?

There is a vegetarian burger option on the permanent menu, the ‘Shroom Burger, but it is not vegan-friendly. Although Shake Shack has had two variations of a vegan burger since 2018, neither is offered at all locations all of the time. Currently, the website does not show any veggie burger suitable for vegans, but you may wish to call the location you’re considering and ask if they have the Veggie Stack burger available. In the future, we’re hoping that a Shake Shack Impossible Burger will be on their everyday menu.

Does Shake Shack Have Dairy-Free Desserts?

Other than that, there’s a definite lack of dairy-free desserts at Shake Shack.

What’s vegan at Shake Shack? Unless you’re at the right place at the right time, there’s nothing specifically vegan on the menu. There are some vegan-friendly options, which consist mostly of drinks and a side of fries. Our suggestion is to eat before you leave the house knowing that you’ll only be buying a cool beverage and perhaps a potato-based snack.

Note: Keep in mind that Shake Shack cooks its fries in the same oil as other animal-based foods. It’s a personal choice whether or not you feel comfortable with that.

Go for the gold and all them all to a gluten-free bun or lettuce wrap!

NOTE: Shake Shack also offers a small assortment of alcoholic beverages, but the options differ from one location to the next and also from state to state. Though some of the mainstream beer and wine brands are vegan (like Bud, Coors, Heineken, etc.), there are some varieties that are not vegan-friendly within each brand. Please double-check your options on Barnivore.com–the vegan beer, wine, and liquor guide.

If you find yourself at a Shake Shack that offers dairy-free frozen custard or shakes, take advantage of the delicious vegan toppings that you can add in for more appetizing flavor. All of the mix-ins below are vegan-friendly. Some are even healthy, too!

NOT Vegan at Shake Shack

A couple of these menu items may be a surprise, so take a careful look before ordering.

The Shroom Burger is not vegan. The patty is made with a mixture of two kinds of cheese and mushrooms before it is deep-fried. If you are vegetarian, this burger would be a good choice.

What are the Shake Shack Halal Options?

For non-vegans, there are no halal options in the United States. But, there are a couple of options if you live in the UK, Turkey, the Middle East, or South Korea.

If you’d rather know the prices of Shake Shack’s menu items before taking a visit, there are a number of blogs that publish the most recent pricing information, such as Real Menu Prices. Another option is to call the location you’d like to visit and ask the manager or start an online menu order to get an idea how much it would cost for the meal you are considering.

Shake Shack has been making strides to offer vegan options such as veggie burgers and dairy-free shakes to its menu. Will they ever become full-time food items? We’ll have to wait and see.

Since more and more popular fast food restaurants are bringing out plant-based foods, the competition is getting hotter. It’s high time that all restaurants have at least one vegan-friendly meal offered that’s not just french fries. You may not think it’s true, but your voice matters! We hope this inspires you to use your voice to make a difference!

You can always write to, call, or contact the managers of any location to make our requests.

We have a whole series of fantastic vegan fast food guides to help you find the best (and most appealing) options at each location. Take a peek if you’re in need of a quick vegan meal on a road trip or with fast food-loving friends!

Have you found any other options to be veganizable? Did you find something amazing that we missed? Let us know by tagging #worldofvegan and sharing your favorite vegan-at-Shake-Shack creations with all of us!

This Shake Shack vegan menu article is not sponsored and we are in no way affiliated with Shake Shack. At the time of this Shake Shack vegetarian article, the foods mentioned above are vegan. Since restaurants constantly update their menus and add or take away items, please keep this in mind when ordering your food. There may be new items that are vegan at Shake Shack and not listed or items listed here as vegan, which are no longer vegan. Take care to double-check.