Vegan Graham Crackers — Your Guide to the Best Brands & Recipes 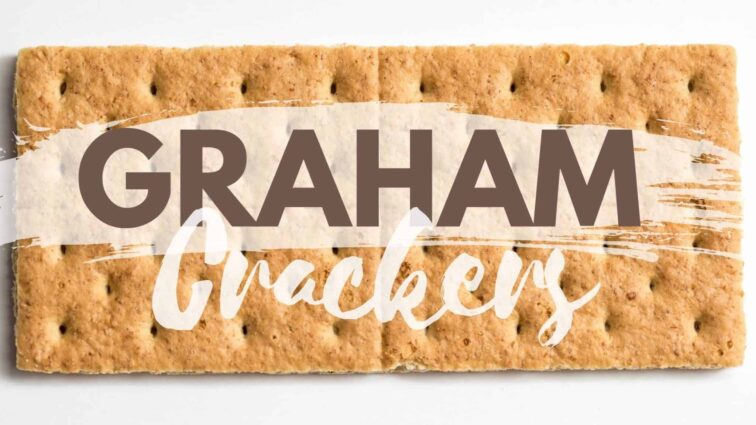 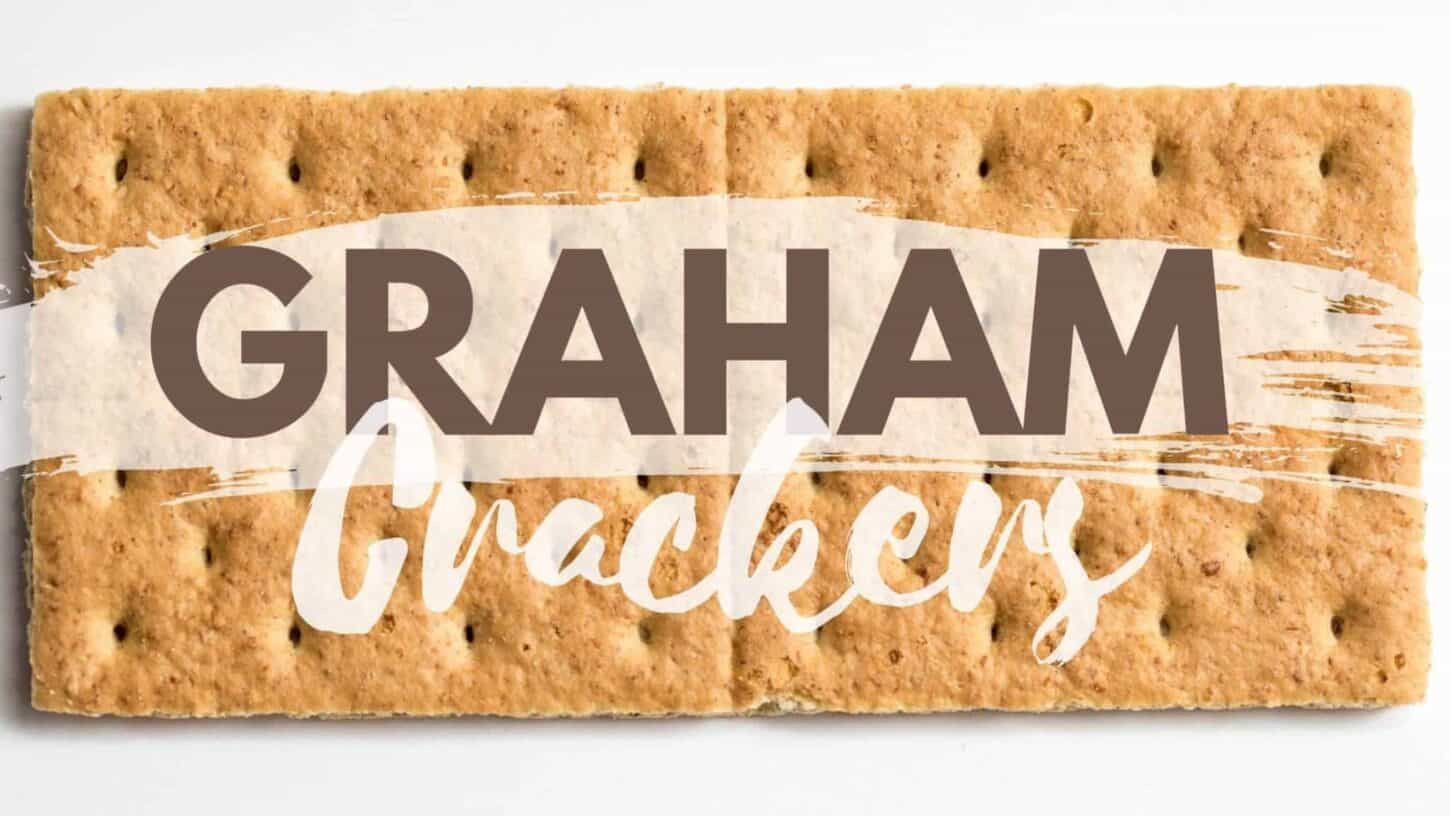 As the foundation of many desserts and simple sweet treats alike, graham crackers are an indispensable staple in any pantry. These lightly sweetened, crisp rectangles pair perfectly with any additional flavors, while still have an alluring nutty, toasted taste all by themselves. From gooey s’mores to tender cheesecake crusts, good graham crackers can go a long way.

Typical ingredients for graham crackers include graham flour, vegetable oil, molasses, and salt. You’ll never see eggs or dairy on the ingredient list, so they must be vegan, right? Not so fast!

Not All Graham Crackers Are Vegan

Unfortunately, it’s very common to see honey included in graham crackers. Even discount store brands often have some amount of honey so they can make their product seem more “natural” or high-end. As we know, honey is not vegan, so these options are off the table for anyone who chooses to avoid it.

There is sweet news in the cookie aisle, though! There are still several mainstream brands that source cruelty-free ingredients. Shop carefully and your cravings will be satisfied!

There are several vegan mainstream accidentally vegan brands to choose from! This includes options that are gluten-free, soy-free, palm oil-free, kosher, and beyond. We outline the most popular brands and their respective ingredients below. Get your vegan marshmallows ready—vegan s’mores, here we come!

Packaged in that iconic red box, this is arguably the most popular and common option you’ll find. They were also one of the first companies to commercially produce graham crackers in the early 1900’s, so they know what they’re doing!

Keebler produces many variations on the basic graham, but only the original variety is vegan. On the plus side, their ready-made graham cracker crust follows suit, so you could have a pie in the oven in no time!

The classic Kellogg’s Grahams are sweetened with molasses and corn syrup, not honey, so they are safe for vegans!

Based in Scotland, these oat-based crackers come in four different flavors. The original is most like the classic graham cracker that we know and love, but you can spice things up with ginger, raisin, or chocolate chip instead.

Best known for their wide array of gluten-free breads, baking mixes, and baked goods, Kinnikinnick products are all free of the top 8 most common allergens. These are thicker graham crackers with a different texture than original grahams, but they do the trick for our vegan celiac friends itching for a s’mores night around the campfire!

The following popular brands are not vegan:

If store-bought options are out of reach, you’re in luck! It’s a snap to make your own vegan graham crackers from scratch. The key to baking up superlative graham crackers is sourcing graham flour, which gives these treats both their name and nostalgic taste.

Graham flour is a type of coarsely ground whole wheat flour that uses all three parts of the wheat: the germ, the endosperm, and the bran. The specific ratios that these components are combined give the flour its signature look with coarse flakes mixed into golden-brown flour. In a pinch, you can substitute regular whole wheat flour, but the resulting flavor will be slightly different.

The History of Graham Crackers

Did you know that the man often referred to as the “Father of Vegetarianism” in the United States of America is the reason graham crackers exist today?

Reverend Sylvester Graham was the evangelical minister who created the recipe in 1829. As an early adopter of the vegetarian diet, he promoted healthy foods to maintain physical, spiritual, and mental wellness. That meant eating fruits, vegetables, whole grains, and high fiber foods while eschewing animal products and alcohol. His crackers were an essential tool in fighting cravings.

Graham crackers as we know them today are sweet wafers that can be enjoyed as a snack or dessert. Ironically, they were originally designed as an austere addition to a highly restrictive regimen, intended to cut down on rampant desire and other excesses. Unsweetened, unrefined, and rather dense, the first biscuits were much more like “crackers” than the current cookies we enjoy today.

What to Make With Vegan Graham Crackers?

It doesn’t take much work to transform graham crackers into a crave-worthy delight.

Graham Cracker PB & J: No marshmallows or chocolate around? No problem! Make a different sort of sandwich by smearing peanut butter on one square, your favorite fruit jam or preserves on another, and put them together for an instant snack.

Carmelized Graham Cracker Toffee: English toffee is often made with sliced almonds, but some variations use saltine crackers as a base. Swap in graham crackers for a hearty, buttery, caramelized crunch. Don’t forget to top with melted chocolate before breaking into chunks and enjoying.

Cheesecake Dippers: Don’t have time to bake a whole cheesecake? Don’t worry! You can just blend vegan cream cheese with confectioner’s sugar and a splash of lemon juice to make a rich, creamy dip. Serve with graham crackers for the full dessert experience.

Yogurt Parfait Topping: Layer fresh fruits, vegan yogurt, and graham crackers to make a beautiful plant-based parfait that you could easily justify as a healthy lunch, too.

Start with a sleeve of fresh graham crackers as the gateway to a world of fresh recipe inspiration. Once you’ve stocked up, here are some recipes that you must try:

What are the graham cracker ingredients?

The typical ingredients in graham crackers include: enriched flour, graham flour, oil, molasses, salt, and sweetener (which is sometimes honey).

Yes! Almost all graham cracker brands are dairy-free. The non-vegan ingredient to watch out for if you’re vegan is honey.

No, unless you find a specifically gluten-free graham cracker brand (like Narin’s Gluten-Free Grahams), classic graham crackers do contain wheat.

Are graham crackers safe for dogs?

If you’re wondering, u0022Can dogs eat graham crackers?u0022 You’re in luck! Yes, graham crackers are dog friendly. If your precious pup got into a box of grahams while you weren’t looking, that’s okay. Just make sure there was no chocolate in the mix, as chocolate is toxic to dogs!

Yes, quite often graham cracker pie crusts are vegan! The Keebler pie crust is vegan, and you can find it at mainstream grocery stores and even Walmart. Just read the ingredient label for other graham cracker crust brands to check and see if it’s vegan-friendly!

Give a try to our Easy Almond Flour Crackers recipe, too. They’re gluten-free, dairy-free, plant-based, and only require three ingredients (one of them being water!). So yummy.

Hope this guide helps you find the best vegan graham cracker options and recipes! This guide was written with support from Hannah Kaminsky. Please note that this article may contain affiliate links which supports our work at World of Vegan.