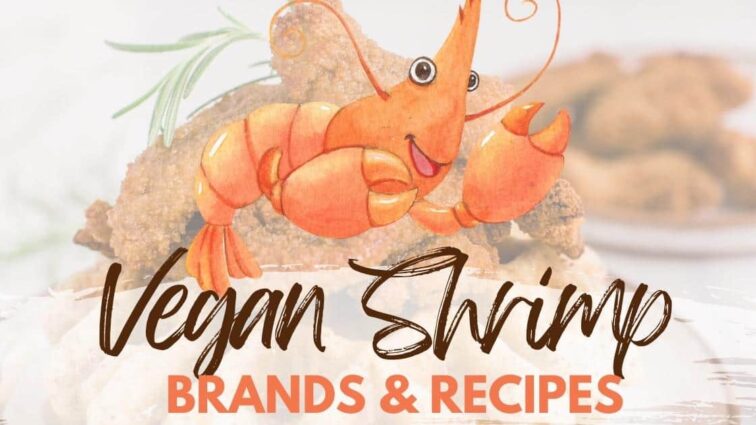 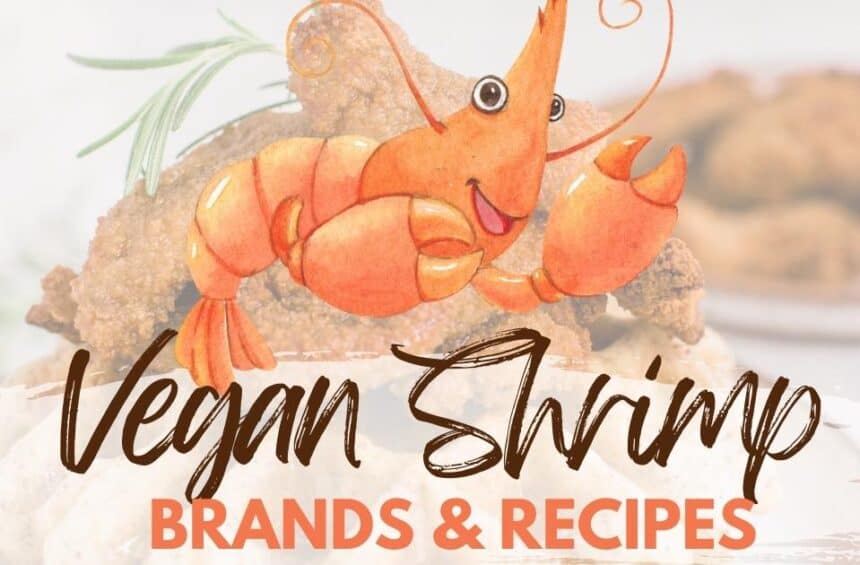 Looking for the best vegan shrimp options? Well, you’re in luck! This is the ultimate guide to plant-based shrimp! We have a whole assortment of suggestions for you, from some of the best vegetarian shrimp brands to vegan shrimp recipes totally worth making. Whether you prefer your ethical and sustainable shrimp to be made with tofu, mushrooms, or konjac, we’re willing to bet that there’s just the right kind of out there for you!

Do you ever yearn for the day where you devour a huge tray of vegan shrimp with cocktail sauce, sitting poolside without a care in the world? Yes, you say? Great! While we can’t guarantee that you’ll get to enjoy these delicious vegetarian shrimp recipes by a pool on a sunny day, we can help make at least one part of that scenario a reality. We’ve compiled a list of some of the best recipes for plant-based shrimp and would encourage you to try them all! From tofu to mushrooms, there are many ways to make shrimp out of plants!

When it comes to shrimp, there are several important ethical and environmental factors to consider.

Organic waste, chemicals, and antibodies from shrimp farms can quickly pollute groundwater or coastal estuaries. The pollution from these farms can result in loss of coastal biodiversity, which is essential for a healthy ecosystem. Wild caught shrimp often involves bycatch—the incidental capture of non-target species such as dolphins, marine sea turtles and seabirds.

Raw shrimp also often contains a bacterium called Vibrio, which attaches itself to the shells of shrimp and other shellfish—gross! Why support this harmful industry when you can enjoy delicious and cruelty-free shrimp instead?

We understand that it may be daunting to try and replicate the taste and texture of shrimp all on your own! If store-bought is more your thing, then we’ve got you covered! Every year, it seems there is a new product for vegan shrimp on the market. Don’t live close by to a store with many vegan seafood options? Luckily many of these can be ordered online!

Meet the new kid on the block! Plant-based shrimp products used to look like they were made in the 70s and packaged in some hippie’s garage. Until now. Vegan Zeaster came along to make vegan seafood cool. Modern. Trendy. The packaging is gorgeous and playful, enticing many more people to give this more sustainable and friendly option a try.

This brand has been making vegan meat substitutes since 1994. Their plant-based shrimp can be ordered online from there website, several vegan online shops, and you can also find it in select stores. They also make popular vegan drumsticks, vegan bacon, vegan turkey roast, and even vegan tuna.

Their shrimp comes ready to fry, bake, or even air fry. It makes a great addition to your stir fry, pasta, tacos, and salads.

Sophie’s Kitchen has been around for ages serving up vegan seafood products way before it was cool. Their branding and shrimp has gotten a facelift though, with a modernizing touch. Their soy-free, gluten-free, and non-gmo breaded shrimp is made with:

This unique brand offers vegan shrimp balls, shrimp rolls, shrimp dumplings, and more. If you live in New York City, Lily’s Vegan Pantry is worth checking out. But if you live elsewhere, they also ship nationally!

This product may be hard to find, but if you’re a fan of the Loving Hut restaurant chain, they did at one point sell their vegan shrimp!

This innovative brand is developing a new wave of seafood — including shrimp! Soon to be available at restaurants!

What Is Vegan Shrimp Made Out Of?

But if they’re not made from shrimp, what are these plant-based shrimp alternatives made from? Well, there can be many options for making vegetarian shrimp!

What’s tasty and crunchy and good all over? Why, this vegan coconut shrimp from health my lifestyle! Made from ingredients such as vital wheat gluten, tofu, miso, and coconut shreds, all you need is some time and an air fryer to form this vegan shrimp!

The not-so-secret ingredient to this vegan shrimp recipe by Very Vegan Val? Shrimp of the woods mushrooms! Some caution is to be taken when identifying these funky fungi but once you’re in the clear, you’ll love the sweet and savory flavors of this dish. And don’t worry, this recipe uses vegan honey!

This recipe for a vegan shrimp is made from marvelous mushrooms—king oyster mushrooms! They are magical, aren’t they? This shrimp also goes beautifully in this vegan Po’ Boy recipe that will make all of your other sandwiches jealous! This vegan shrimp recipe calls for breadcrumbs and seasonings to get it nice and crunchy. Just add some sauce, lettuce, and tomato onto a roll and you’ll be in vegan food heaven!

How to Serve Up Plant-Based Shrimp?

Plant-based shrimp can make a fun addition to your existing vegan meals as well as a snack or meal of it’s own. Here are a few ways you can dish it up!

There truly are plenty of vegan fish in the sea and we hope this vegan shrimp guide has informed and inspired you to give vegetarian shrimp options a try! Feel free to let us know some of your favorite plant-based shrimp recipes or brands in the comments below.

This guide was written by Amanda Meth and edited by Michelle Cehn. Photos by our vegan food blog contributors, shared with permission. Please note that this article may contain affiliate links which supports our work at World of Vegan. Although we love the brands mentioned above, this article is not sponsored by any of them!