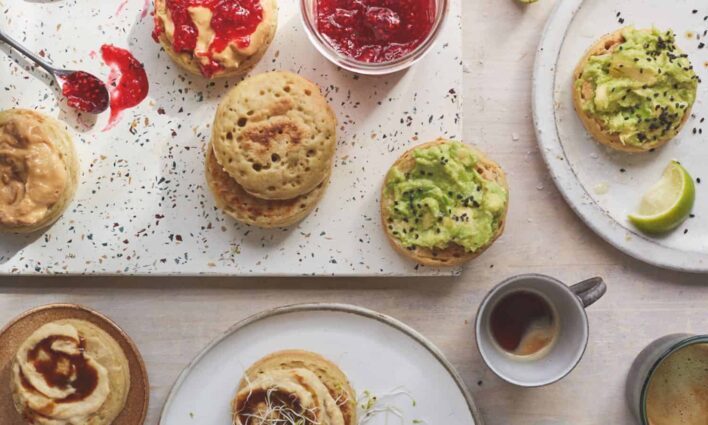 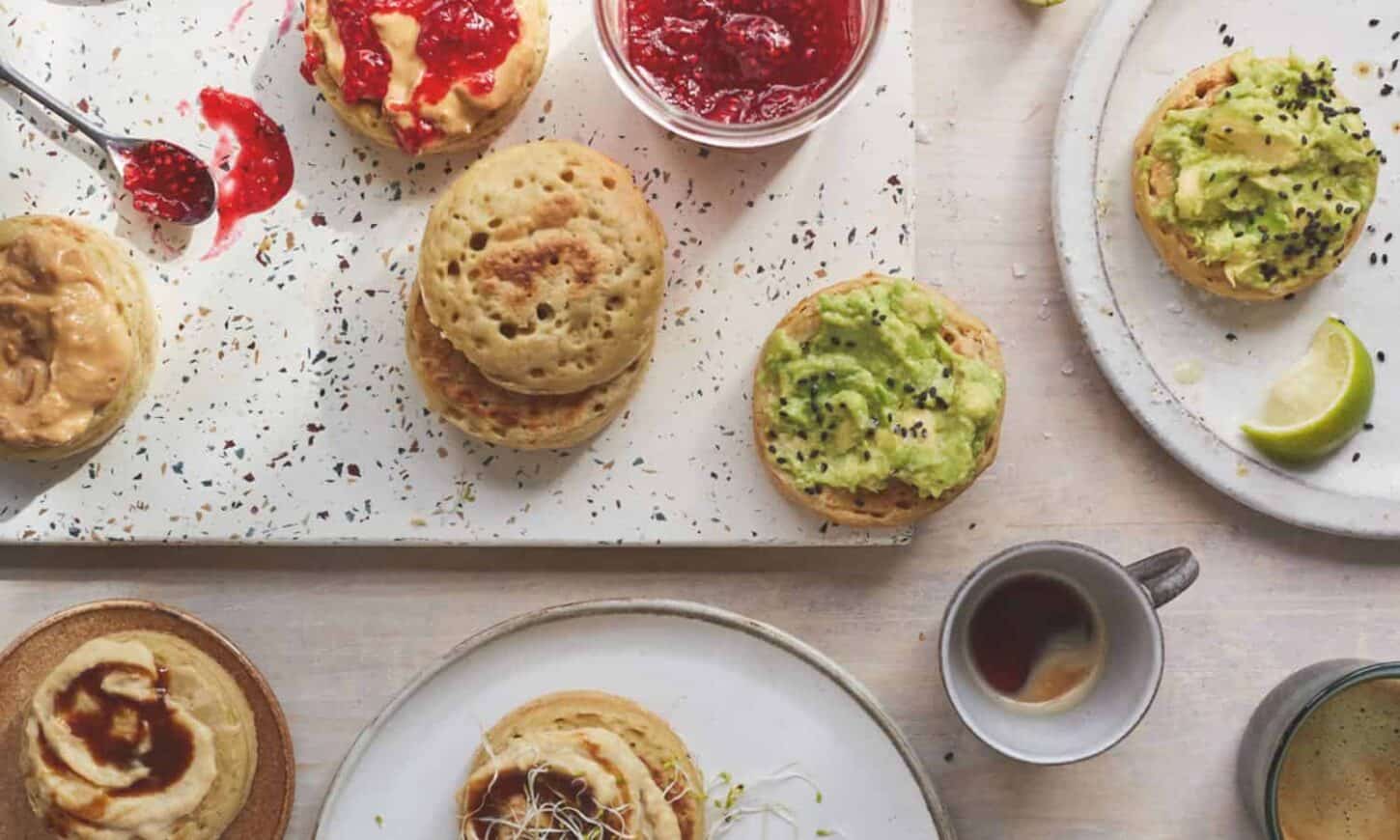 Tired of having the same old boring bowl of cereal for breakfast? Then you’ve got to try these vegan crumpets! Fluffy, warm, satisfying, and simple to make, you’ll love how tasty this classic English recipe is. Serve with some of your favorite vegan butter and enjoy!

Sometimes all we need to start the day is a comforting mouthful of something delicious. That’s where these vegan crumpets come in! While traditionally made with butter and sometimes milk, these plant-based crumpets are free from any animal products. Fluffy, warm, and an excellent vehicle for your favorite fruit spread, all you need are a few ingredients and a little bit of time til you’re on your way to vegan crumpet goodness.

Originating in Wales around the 1700’s, a crumpet is a small griddle bread that is usually served for breakfast or with afternoon tea. Made with an unsweetened batter, crumpets can be enjoyed with savory spreads such as vegan butter or eaten with sweeter foods such as jams and syrups. They can be thought of as a sort of cross between a pancake and an English muffin except less sweet! Since they are traditionally made with either milk or water, some crumpets are vegan by default, although we vote that it’s always more delicious to make them using dairy-free milk! Back in the day, they would be baked on an iron plate over a stove but these days you can simply make them on a pan.

Are There Any Vegan Crumpet Brands?

Not about to make time to make your own crumpets from scratch? I get it, you’re busy! Check out these vegan store-bought crumpet options instead.

Why Should I Make This Vegan Crumpet Recipe?

If the idea of biting into a freshly made little British bread isn’t enough to motivate you to get into the kitchen, we’ve got even more reasons for you to try this amazing vegan crumpet recipe! Not only does it come together quite easily but you can enjoy your vegan crumpets in a variety of delicious ways.

What Should I Eat With This Vegan Crumpet Recipe?

Wondering how to best enjoy your vegan crumpets? Whether you’re eating them for breakfast or enjoying a simple snack, there are plenty of ways to eat these tasty little breads.

Got questions about plant-based crumpets? We have answers!

Why are crumpets not vegan?

While some crumpets may be vegan by default, many recipes call for milk and/or butter which makes them not vegan.

Do crumpets have egg in them?

Most crumpets are not made with egg.

How do you make vegan crumpets?

You can easily make crumpets vegan by replacing the butter and milk with dairy-free versions!

5 from 10 votes
Give your breakfast routine a makeover with these fantastically fluffy crumpets made with super simple ingredients. Best of all is that you'll have plenty to eat throughout the week! 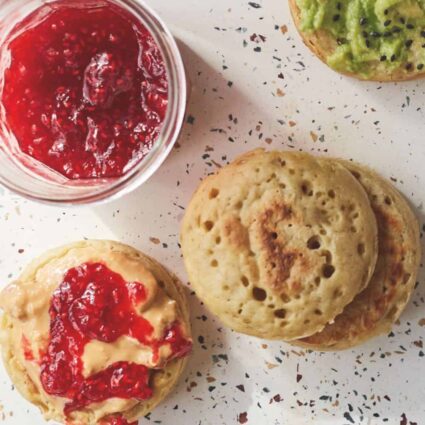 This vegan crumpet recipe was excerpted from BOSH! on a Budget by Henry Firth and Ian Theasby. Reprinted with permission of HarperCollins, 2022. Photography by Sara Kidd. Many thanks to Kim Comeau and Jessica Sabbagh for recipe testing. This article may include affiliate links when available and shopping through these links supports World of Vegan.