share this post
What can you get that's vegan at Taco Bell? Many vegetarian eaters are surprised to learn that Taco Bell actually has a surprisingly veg-friendly menu. Almost everything on the menu can be veganized with simple swaps or omissions. Here's everything you can get at Taco Bell that's vegan, plant-based, and dairy-free! 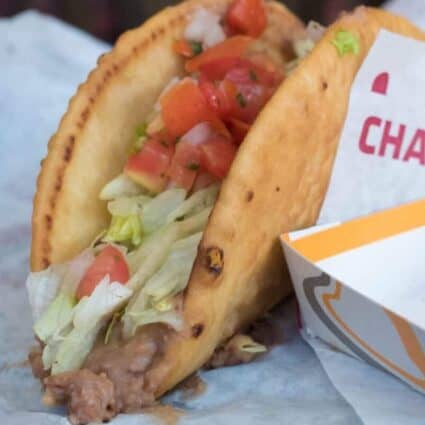 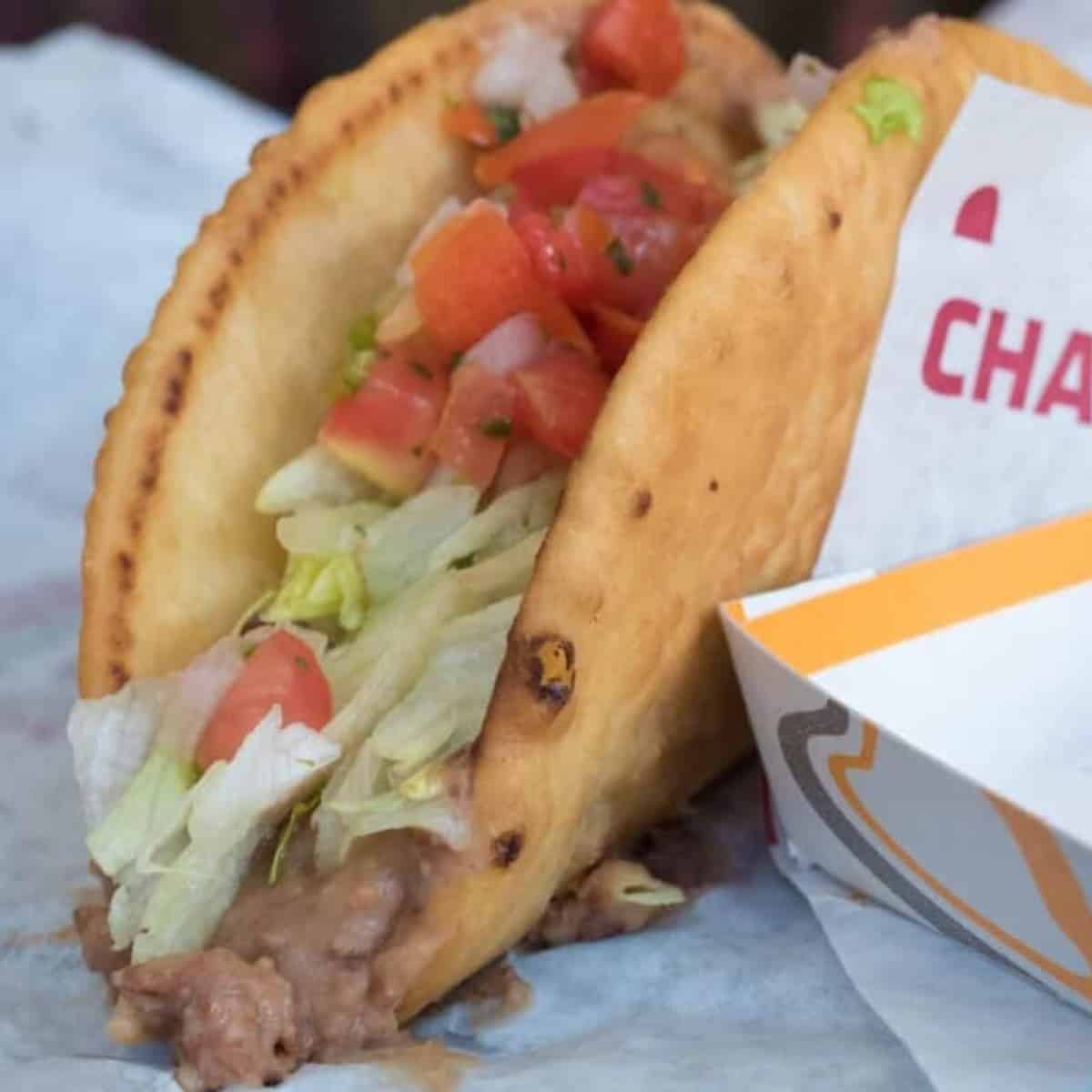 If you’re on the road and considering a fling with some fast food, do you switch into autopilot and picture the Taco Bell Vegan Menu? It’s been a haven for vegans for years when you’re on the go with no where else to turn to. You can never go wrong with a fine flour tortilla, a bunch of beans, and a whole lot of guac.

When Taco Bell announced that they were the first-ever quick-service restaurant to offer a certified vegetarian menu, vegans rejoiced! They still maintain that they have “millions of vegetarian options” that have been certified by the American Vegetarian Association. It’s really just a handful of ingredients (like rice, beans, guacamole, tomatoes, lettuce, and potatoes) done millions of ways, but that’s still more progress on the fast food front than many other restaurants have made.

According to the CEO of Taco Bell, “vegetarians are not an afterthought. We sell more than 350 million vegetarian menu items each year.” And from the 7-Layer Burrito to the Crunch Wrap Supreme, almost anything on the Taco Bell menu can be hacked to be made vegan.

With more than 6,500 restaurant locations, Taco Bell serves more than 2 billion people every year. They deserve big props for taking this initiative, and hopefully other fast food chains will quickly follow suit. We encourage our readers to write to other fast food chains encouraging them to introduce more vegan meals and to have them certified by the American Vegetarian Association.

How to Navigate the Taco Bell Vegan Menu

Ordering vegan at Taco Bell is super simple if you remember to leave out the meat and dairy. Though, sometimes, the dairy is lurking in unknown and unfamiliar places, so we still have to be careful. Let’s cross our fingers that they start offering vegan cheese at least one of their locations soon. Until then, here are some quick suggestions on how to make ordering your tempting tacos and bursting burritos a little easier:

How to Order Vegan Tacos at Taco Bell

To order vegan tacos at Taco Bell, ask for tacos with beans instead of meat, no cheese, no sour cream, and add guacamole and potatoes (if desired). Confirm that it will also come with lettuce and tomatoes, and ask for extra sauce packets to spice up your veggie meal!

How to Order a Taco Bell Vegan Crunch Wrap Supreme

“May I please have a crunch wrap supreme, with beans instead of meat, no cheese, no sour cream, and add potatoes?”

Voila! You’ll get the crunch wrap pictured below, and it’s delicious. Load up on the hot Fire sauce, or any sauces of your choice.

Ask for “fresca style” (meaning vegan) and reiterate no cheese, sour cream, nacho cheese sauce, or creamy jalapeño sauce or for all items below. Also feel free to sub beans instead of meat, add potatoes, and add guacamole to any item.

NOTE: The “whip” versions of the Freeze drinks are NOT vegan and contain milk products, specifically the Mango Whip and Island Strawberry. The Wild Strawberry and Wild Cherry flavors contain confectioner’s glaze, which is made from insects, so it’s also not vegan.

NOT Vegan at Taco Bell

It’s only a matter of time before more vegan options land on the menu. That’s the direction all the big fast food chains are heading, and Taco Bell knows that the heat is on and they can add a few more items that are vegan-friendly, such as vegan cheese. But meanwhile, we can always write to, call, or contact the managers of any location to make our requests.

How to Order Vegan at Other Fast Chains

Be sure to check out our full Vegan Fast Food Guide where you can see the best vegan options at all the major chains in the U.S.

Have you found any other options to be veganizable? Did you find something amazing that we missed? Let us know by tagging #worldofvegan and sharing your favorite vegan-at-Taco-Bell creations with all of us!

This vegan at Taco Bell article is not sponsored and we are in no way affiliated with Taco Bell. At the time of this article, the foods mentioned above are vegan. Since restaurants constantly update their menus and add or take away items, please keep this in mind when ordering your food. There may be new items that are vegan at Taco Bell and not listed or items listed here as vegan, which are no longer vegan. Take care to double-check.