Why All Vegans Should Be Weight-Inclusive 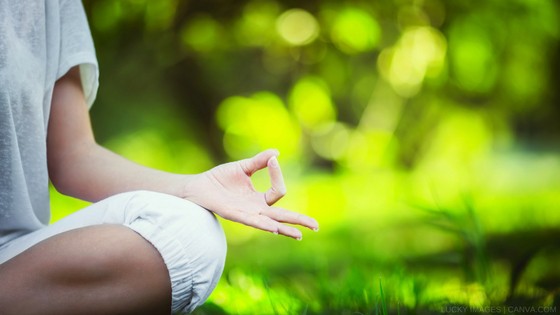 Hi, World of Vegan readers! As a vegan dietitian, you’re used to me writing about food and nutrition, but I’m switching gears and getting real about a nasty habit running rampant in our community.

I’ve been vegan for 8 years and during that time I’ve witnessed unimaginably cruel words directed toward vegan and non-vegan individuals in larger bodies or individuals with health conditions. While this is perplexing because the core of veganism is compassion, not shaming and restrictive dieting, it also makes no sense.

Unfortunately, there is a lot of sensational propaganda centered on veganism (or rather, a “plant-based diet”) being some sort of miracle cure-all. From books to documentaries to blogs, there is no shortage of claims and anecdotes promising perfect health and complete disease reversal when you ditch animal products.

But here’s the thing, veganism is not a diet.

It’s frustrating that my fellow vegan dietitians and I have to spend so much of our energy dispelling myths within the vegan community. It also pains us to see click-baity vegan health claims spread around like wildfire. Our work is based on evidence-based practice, meaning we don’t extrapolate data, use our biases to frame research or make unfounded claims.

While diet culture, pervasive weight stigma and some popular vegan personalities tell us otherwise, you actually can’t tell a single thing about a person’s behaviors or health by looking at their body. Body size, shape and weight are affected by numerous factors, many of which are beyond our control. And a growing body of research is finding the link between body size and health isn’t as strong as we once thought.

I spoke with fellow vegan dietitian, Ginny Messina, MPH, RD about the issue of weight shaming and health elitism among vegans and here is what she had to say:

“Although research shows that vegans are on average slimmer than non-vegans, it doesn’t show (at all) that all larger people lose weight when they go vegan. Some people even gain weight when they go vegan. And it is definitely not just vegans who eat a lot of junk foods who struggle with their weight. Some gain weight on the very low-fat vegan diets that are often touted as a guarantee for weight loss.”

In regards to far-fetched claims about veganism, body shape and health, Ginny says, “This is a good example of setting veganism up to fail—by making false promises about what a vegan diet will do.”

Did you know weight stigma and body shaming are linked to eating disorders and unhealthy lifestyle behaviors? If internet bullies and food police truly cared about the health of their targets, they’d quit their judgments and focus on their own well-being instead (and effective strategies for animal advocacy). Making people feel bad about themselves does nothing positive for anyone.

Can you imagine what it feels like to be a vegan in a larger body or with a health condition some may believe you “shouldn’t have” if you’re vegan? I’ve had people tell me the biggest barrier to them staying vegan is the fat shaming they receive from the vegan community. How sad is that? “Vegans who are larger are often reluctant to share their veganism or participate in activism in any way,” Ginny says. So not only are we hurting our fellow humans, we also are doing a disservice to the animals by making veganism less accessible and less welcoming.

Interested in learning more about this topic? Ginny just released a new book, Even Vegans Die: A Book for Animal Advocates, along with activists Carol Adams and Patti Breitman. Check it out!

If you’re struggling with your relationship with food or want to learn more about how to eat mindfully and without guilt and shame, consider working with a registered dietitian nutritionist who specializes in vegan nutrition and a weight-inclusive approach. I offer one-on-one coaching focused on body acceptance and intuitive eating.

For more wellness tips, check out my other articles and my website.

Want to learn about ditching dieting for good, honoring your body’s hunger and making peace with food? Check Taylor’s website!

Disclaimer: The information presented here is not to be construed as medical advice or used to diagnose, treat, cure or prevent any condition or disease. Photo by LuckyImages at Canva.com.