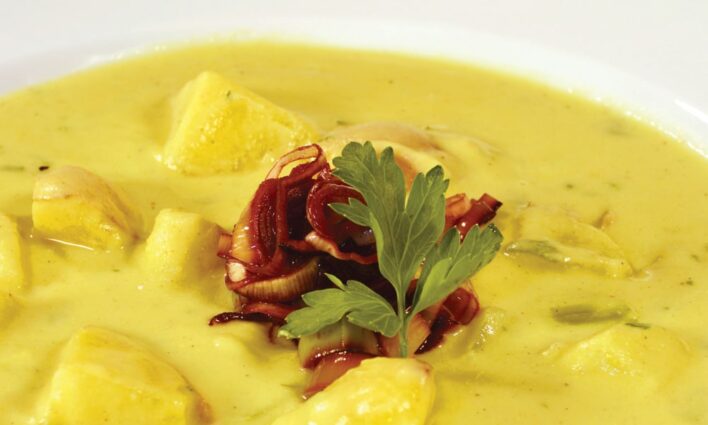 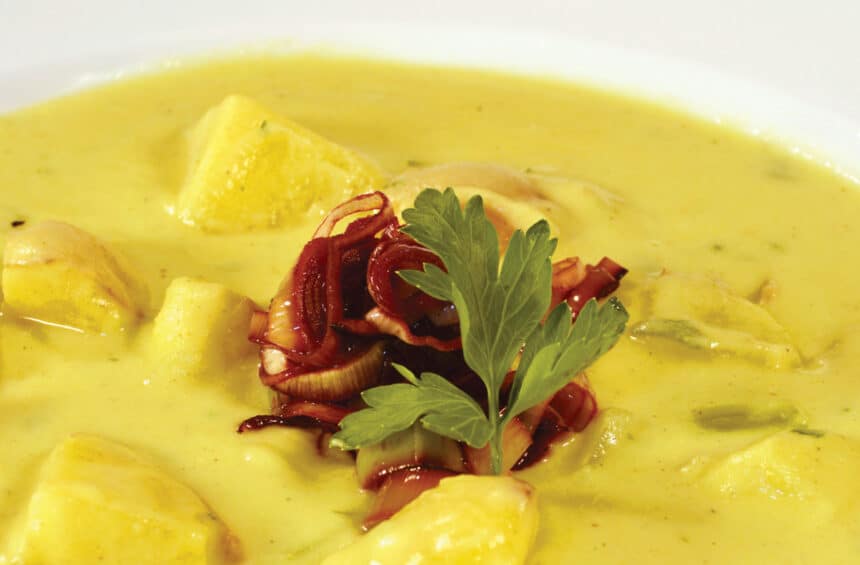 The Stanford Inn By the Sea has long been coveted as one of the best eco-vegan resorts in the world. Located on the California coast in Mendocino, this oasis is considered by many vegans and omnivores alike to be the ultimate getaway—partly for it’s beauty, serenity, and dog-friendliness, and partly for the incredible gourmet vegan food served at the Inn’s restaurant, The Ravens. Well, now you can bring a taste of the Stanford Inn right into your own home as they’ve just released a cookbook, Dining at The Ravens

We’re excited to share one of the recipes from this new vegan cookbook with you! Here is the recipe for the infamous Potato Leek Soup with Drunken Leeks.This is one of The Ravens’ most popular soups. It is served year-round at The Stanford Inn, but is especially special on a cold winter night. Enjoy!

How Nutritious is Potato Leek Soup?

Potatoes are one of the most economical foods out there. They’re comforting, they’re filling, and they’re outright delicious. Did you know they’re also rich in vitamins and minerals? The secret’s in the skin! Peeling potatoes can greatly impact their nutritional content so unless you’re truly averse to it, leave it on!

What else is so great about potatoes, you ask? Well, they also contain a unique type of starch called resistant starch. This type of starch is actually not broken down and fully absorbed by the body. Instead, it reaches the large intestine where it becomes a source of nutrients for the beneficial bacteria in your gut! This starch has been linked to many health benefits, including reducing insulin resistance, which, in turn, improves blood sugar control.

Leeks are in a league of their own when it comes to health advantages, offering a variety of antioxidants, beta carotene (which supports healthy vision), vitamin K, and manganese.

How to Serve Up Your Potato Leek Soup

5 from 5 votes
This wonderfully flavorful and colorful potato leek soup will bring comfort to the coldest of days and hungriest of tummies! 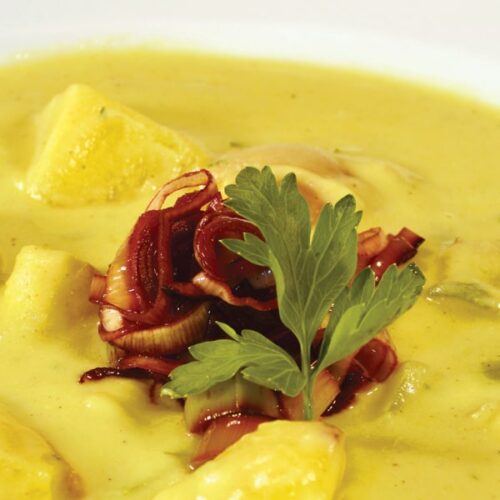 Soup is one of the best foods for preparing in bulk! If you end up with leftovers, stick some in an airtight container for about 3-4 days. Because potatoes sponge up moisture, they can become grainy when defrosted so freezing is not recommended but if you insist, stick in an air-tight container or freezer-safe bag for up to one month. When ready to defrost, remove from the freezer the night before or run your frozen container or bag under warm water to defrost. Placing in a bowl of water also works well! Just make sure you have one that’s large enough!

by Jeff and Joan Stanford, published with permission from BenBella Books. Article written by Michelle Cehn and edited by Amanda Meth. Please note that this article may contain affiliate links which supports our work at World of Vegan.