8 Things You Thought Were Vegan (That Aren’t) 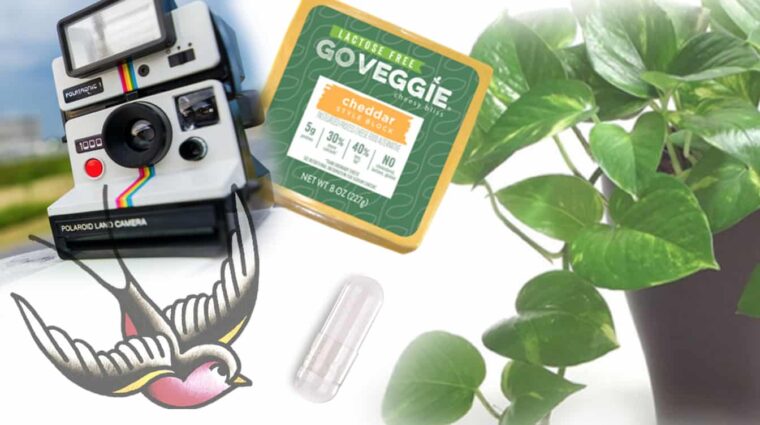 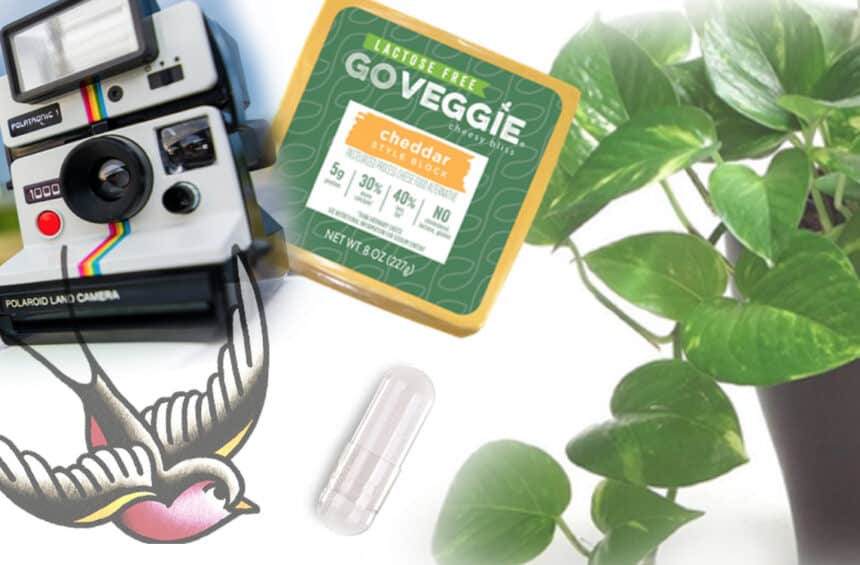 Polaroid cameras. Photographic film. Pregnancy tests. Peanuts. Plants. Soy cheese. What do these all have in common? They are sometimes (or often) not vegan!

According to The Vegan Society, veganism is “a way of living which seeks to exclude, as far as is possible and practicable, all forms of exploitation of, and cruelty to, animals for food, clothing or any other purpose.” For most, this starts with the most obvious: food. Cut the meat, dairy, eggs, and honey and swap in a whole array of equally delicious plant-based alternatives.

What many people realize soon after they begin to eat vegan is that many items they use in everyday life—from animal hide boots to down feather bedding—are made with animal products. Out they go! Vegan is a lifestyle of compassion, after all, so when you can switch to something that doesn’t harm animals, why wouldn’t you?

Long-time vegans like myself have gone through many such “ah-ha!” moments when we realize that items in our lives that we previously assumed were vegan, actually aren’t. I’m going to share several of those with you today.

Things You Thought Were Vegan — But Often Aren’t

That’s right, friends. Photographic film contains gelatin (which is made from boiled animal skin and bones). Pregnancy tests are made using antibodies from animals, usually mice or rabbits. Tattoo ink can contain bone char, animal fat, gelatin, and crushed beetles. I could go on and on.

2.  Pregnancy tests (the kind where you pee on a stick)

While we cast no judgement and believe that pregnancy tests are often necessary, it’s helpful to know that they are not vegan. When I first started trying to get pregnant, I took pregnancy tests almost every day itching to know the result as soon as possible. Now that I know that they require animals to create, I will only take them as is necessary, and I have begun asking brands to please offer a vegan option. Read our vegan pregnancy guide for more information.

While many elements of tattoos can be non-vegan, there are many tattoo artists that have vegan tattoo inks, transfer papers, designed, and options. Visit our vegan tattoo guide to learn more if you’re interested in getting some ethical ink of your own!

Eye-roll! It still shocks us when we turn over a soy cheese package and see milk or casein in the ingredients. Especially today, when there are clearly thousands of wonderful ways to make plant-based cheese. It’s always good to double check — and try some of these vegan cheese brands instead!

Whether you’re picking up vitamins, supplements, or a super necessary medication, there is a good chance they may come in capsules. And there is a very good chance the capsules are made from gelatin (animal skin and bones). Luckily, there are vegan pill capsules and some companies specifically use vegetarian capsules, so as vegans we can use our dollars to support that!

6.  Plants, mostly (because of the soil)

If you go to any plant store or hardware store and check out the soil section, we challenge you to try to find one without animal products. It’s nearly impossible. From blood meal to worm castings to fish guts to cow manure, there is almost no end to the list of animal parts and by-products that make their way into bags of plant soil. Most of the animal-free soils out there are not organic, and most organic soil is non-vegan. Quite a conundrum for us vegans. Just keep in mind most of our produce was grown in non-vegan soil, so be gentle on yourself here. The goal isn’t to be perfect, just to do the best we can.

I am currently looking at a whole bowl of matches on my desk because I had no idea until right now that most matches contain animal products. Gah! Match heads can apparently contain gelatin and animal glue as an adhesive and combustive element. Plus, word on the street has it that they can also include isinglass as a conditioner. Once I use up these matches, electric lighters it is!

What the heck? Yeah, our sentiments exactly when we learned that the most popular peanut brand Planters adds gelatin to some of their lines of peanuts (like their dry roasted salted peanuts). Have I bought those before? Yup, recently. But no more!

The reason I share this is not to intimidate, overwhelm, or make being vegan feel like an impossible goal. Quite the opposite. It’s impossible to be a “perfect vegan”—there is no such thing!

It’s all about doing the best we can and that starts with empowering ourselves with information—a conscious awareness about how items in our lives came to be, and who, if anyone, was harmed in the process. That’s how we can make the most informed decisions.

Instead of perfection—expecting yourself to be 100% perfectly vegan in every aspect of life in an instant (which can quickly lead to total overwhelm since it’s an unattainable goal)—why not instead focus on continually learning and evolving as a person. As you learn about new non-vegan things in your life, you can slowly phase them out as you discover kinder alternatives. Change takes time, so be gentle with yourself and with others. We’re in this for the long game, right?

To be the first to see our informational vegan videos, recipe videos, and beyond, be sure to subscribe to our YouTube channel!