Home » All Posts » Holidays » Easter » Are Skittles Vegan? What You Need to Know

Are Skittles Vegan? What You Need to Know 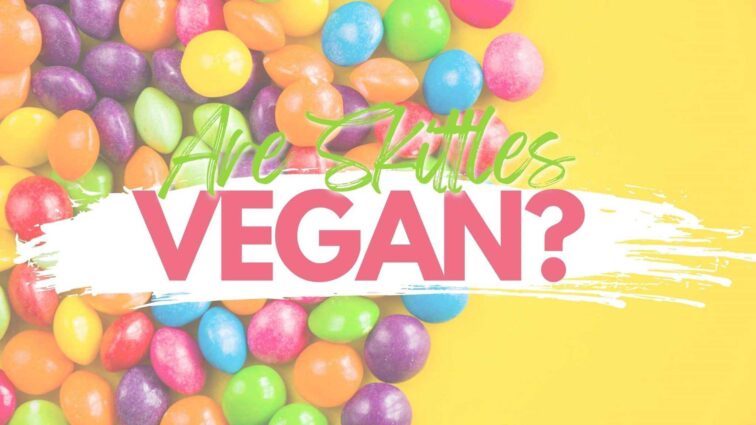 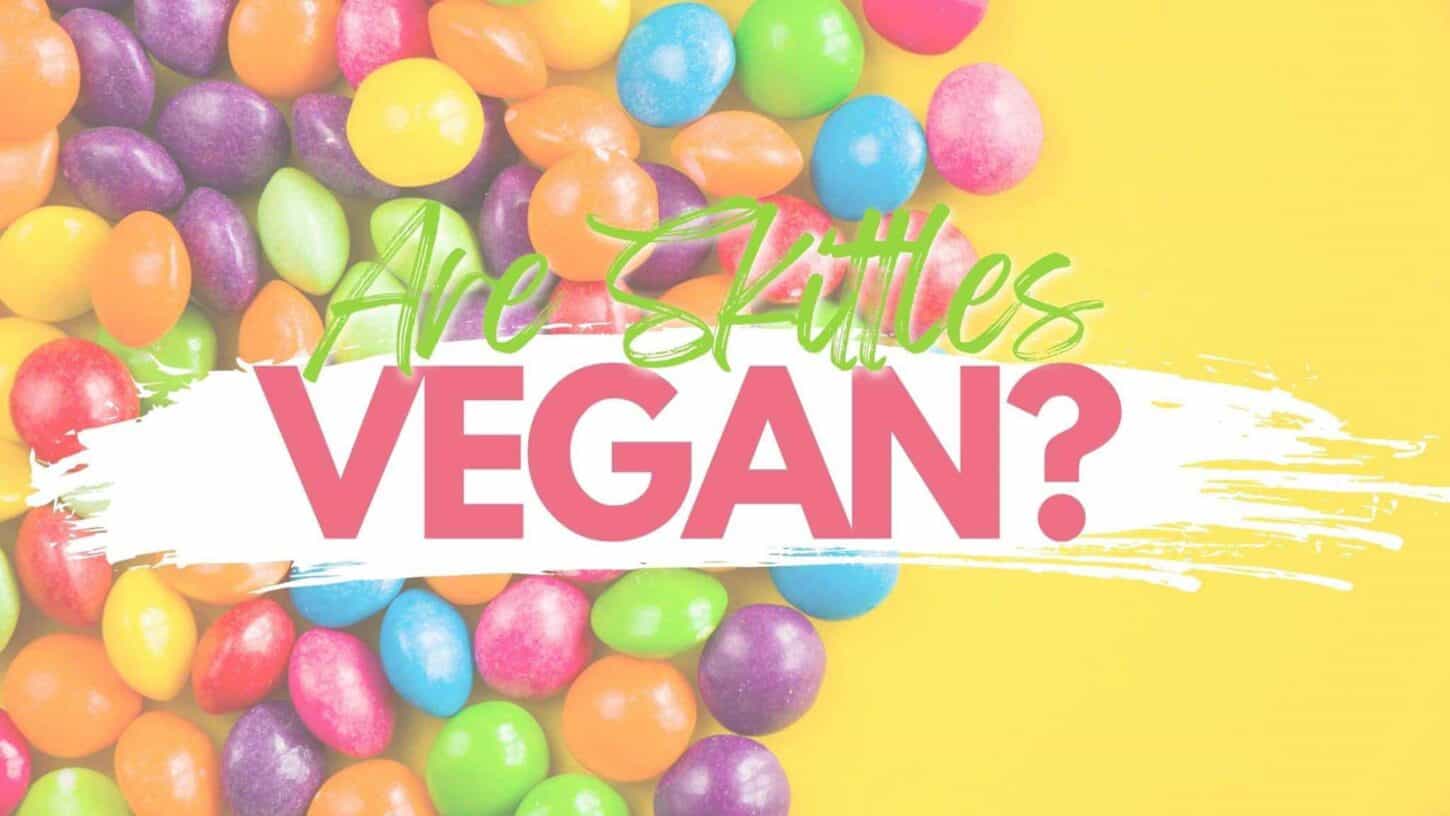 Are Skittles vegan? Almost every new vegan learning how to be vegan asks this question as they start to navigate which candies are vegetarian and vegan-friendly. Whether you’re looking for vegan candy to hand out on Halloween, to hide in Easter baskets, or to sneak into the movie theater with friends, you’re in luck—because YES! Skittles are vegan! The ingredients are all plant-derived, and while Skittles used to contain gelatin and carmine, both original and sour Skittles are now fully vegan. Read on to learn more.

Colorful, fruity candies that encourage you to “taste the rainbow,” Skittles have been a worldwide sensation since they first broke the mold in 1974. Named for the lawn game known by the same name, these tiny footballs are far tastier than the inspiration. Young or old, no one can resist such a cheerful treat. However, do you know what secrets the ingredients hold? More importantly, are Skittles vegan in the first place?

What Exactly Are Skittles?

Somewhat like a cross between jellybeans and gum drops, Skittles are round sugar-based candies created by the Wrigley Company in England, which was later incorporated as Mars Wrigley Confectionery. This massive conglomerate is now the world’s leading manufacturer of chocolate, chewing gum, mints, and other confections. As a mainstream brand, their emphasis has always been on mass production, not necessarily quality. As a result, any vegan options under their label have been “accidental,” though worthy of enjoying for an occasional treat.

The original variety includes strawberry, lemon, lime, grape, and orange flavors decked out in corresponding neon colors. These all come from artificial source, of course, so don’t think you’re sneaking in a serving of real fruit with your snack.

What Are The Ingredients in Skittles?

Many similar chewy candies get their bouncy texture from gelatin, which is made from ground hooves and bones. As a major byproduct of the beef industry especially, this isn’t vegetarian, let alone vegan. The first formula for Skittles did include gelatin, but in a huge victory for animals and sweet teeth everywhere, animal-based gelatin was removed from Skittles produced in the US as of 2009.

The first and thus most substantial ingredient that makes up a Skittle, this is also the most potentially controversial aspect on the label. Although sugar itself is plant-based, it’s sometimes processed with bone char to make it perfectly white, which is exactly as gruesome as it sounds. Manufacturers don’t need to list if it is or isn’t processed with bone char on the label since that doesn’t make it into the final product. That’s why it’s almost impossible to tell at a glance whether this comes from a vegan source or not. So is sugar vegan? We say yes, in the same way we consider fruit and vegetables vegan even if they are grown in animal manure.

Distinctly different from high fructose corn syrup, this is a natural sweetener made from corn which creates the distinctly chewy texture of Skittles without the need for animal-based gelatin.

An incredibly popular tropical oil used in many processed foods, it comes from the palm plant and is naturally high in saturated fats, which make it much more staple at room temperature. It also acts as a preservative, resistant to spoiling for longer and thus creating shelf-stable goods that can be enjoyed for many years without refrigeration. But is palm oil vegan? Technically, yes, it’s a plant-derived ingredient. But there are lots of issues with the mainstream palm oil industry that cause many vegans to boycott palm oil. For this reason, some vegans choose not to eat Skittles.

Adding in a bright, tart, and sometimes sour flavor, this common additive is found in all citrus fruits such as lemon, oranges, and grapefruits.

This is a simple starch that acts as a binder and coating for candies, breaded products, and other baked goods. It’s derived from the same tapioca you might otherwise recognize in pudding or boba tea.

One step away from the cornstarch may have in the pantry, “modified” does NOT mean genetically modified, as some may assume. It simply means that the starch has been further processed, whether that’s by roasting, treating with acid, electrically charged, or otherwise.

No, there’s no fruit in these treats, but let’s not confuse dessert with health foods. There’s a time and a place for everything in a balanced diet.

That laundry list of artificial colors may look bad, but it’s actually an improvement over the original. At first, the red in Skittles came from carmine, which is made from crushed beetles. That remained in versions sold in the UK right up until 2015! Please note though, some coloring agents have been tested on animals.

This is a type of salt with a mildly tart flavor and acts as a mild alkali. PH balance can be tricky in confectionery, which can greatly change the overall taste and texture.

Finishing off these little morsels with a glossy shine, this food grade wax comes from the carnauba plant, and serves a functional purpose of preventing the pieces from sticking together. This carnauba wax coating is a win for vegans as well, because many candies and sprinkles are coated with confectioners glaze, which is not vegan.

What Does That Mean?! Are Skittles Vegan or Not?

Skittles are made from entirely plant-based ingredients. That means: Yes, Skittles are vegan for all intents and purposes, although there’s still a lingering question about the processing for the sugar. If you’re an ethical vegan, trying to do your due diligence to avoid animal products, you can rest assured that Skittles are a reasonable choice. Those with severe allergies would be wise to stay away unless details can be confirmed directly with the manufacturer.

Many special flavors and limited edition variations have come and gone, but all of the options still on the market shares similar ingredients. Always double-check new additions to the lineup since there are no guarantees that they will always follow suit. Let’s not forget that the parent company is far from vegan.

If you want a change of pace in your candy routine, try any of the following unique vegan Skittle flavors:

It takes a whole lot of patience, dedication, and some special ingredients, but if you’re really dedicated, it is possible to make your own Skittles from scratch! Check out this video and accompanying recipe for all the details.

For a “gourmet” take, check out this attempt by Bon Appetit, although note that the recipe is not entirely vegan, as the outer coating does use gelatin. If you want to give it a try, your best bet is to substitute powdered agar, but there are no guarantees for such a complicated procedure.

At the end of the day, your best bet is to just pick up a bag of Skittles at the store. They’re completely vegan, after all!

Yes, Skittles are vegetarian! The ingredients in Skittles as of 2022 are not only fully vegetarian, but they are also plant-derived, dairy-free, vegan, and kosher.

Yes, Skittles are considered Kosher because they no longer contain any animal products. But most Skittles do not have a Kosher certification. And Skittles has had a controversial past on the kosher front. For a long time, Skittles weren’t Kosher, because they contained carmine and gelatin. In 2009, the Orthodox Union announced that Skittles carried an unauthorized Orthodox Union kosker symbol. Many years later, the KLBD officially announced that Skittles was kosher certified by their Beit Din. But it is still a confusing topic in the kosher community. Kosher-certified batches of Skittles have been made specifically for Skittles in Israel for many years.

We hope you enjoyed this guide to vegan Skittles. If we missed any of your burning questions, please let us know in the comments below. Many thanks to Hannah Kaminsky for her help with this article. This article may contain affiliate links that support our work at World of Vegan.