share this post
Wondering how to order vegan at Subway? This guide has everything you'll need to order a veggie sub, wrap, salad, dairy-free snacks, and beyond. While the Subway veggie patty is vegetarian, it contains eggs and isn't vegan. And there's no vegan meat or cheese on the menu (yet!) — but you can still piece together a passable vegan lunch when you're on a road trip or in a pinch. 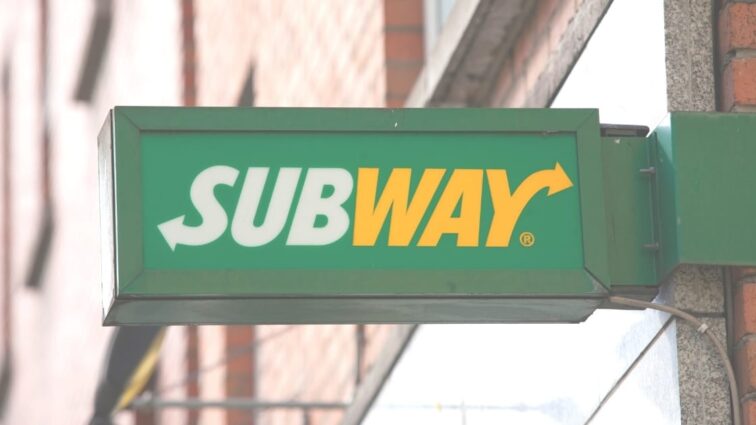 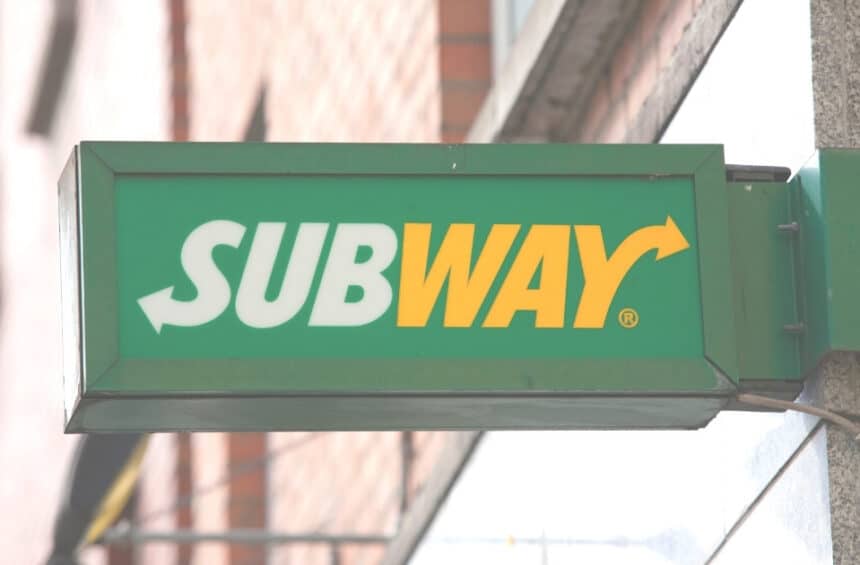 Did you know that there are more Subway shops around the world than any other restaurant chain? With more than 44,000 locations in 110 countries, Subway is the largest restaurant chain in the world. That’s a lot of sandwiches. The big question is––are there any vegan options for us?

Like it or not, there will probably come a time when you land at a Subway, and when that moment comes, we’re here to help you navigate the menu and figure out what you can get that’s vegan. While it’s not the best place to get a smashing, vegan-friendly sandwich, there are a few lunch variations if you’re famished. Especially if you love veggies.

Mull over the menu options below and find out which bread and filling tickles your fancy. Comment below with your favorite combos!

How Easy Is It to Order Vegan at Subway?

On the bright side: the widespread availability of Subways around the US and the world guarantees that you won’t starve—you’ll be able to find a vegan meal with little fuss.

The downside: as of now, they don’t have great vegan options and Subway’s vegan sandwiches are often described as: “meh.” Passable in a pinch.

Sadly, there aren’t any widely available plant-based cheeses at Subway (yet). This means you’re working with breads, a possible veggie patty, fresh veggies, sides, dressings, and chips to compile a workable meal.

Is There Avocado or Hummus on the Subway Menu?

Anyone who has been vegan for a decade or more is used to this—this is how it used to be everywhere. But today it’s a bit of a shock to find a sandwich shop that doesn’t even have fresh avocado or hummus.

And God forbid they’re out of guacamole on the day you visit—that’s when any hope of a satisfying sub dwindles to dust.

Which Subway Breads are Vegan?

Also unfortunate is that many of Subway’s breads are not vegan. Some of the specialty breads include ingredients such as milk, eggs, cheese, or even honey. Luckily, there are still many breads to choose from that are vegan, and some of these are rather exciting!

Is The Subway Veggie Patty Vegan?

The Subway Veggie Patty is once again vegan-friendly––yay! In the past, this patty included milk and eggs in the ingredients. But, luckily, their recently updated July 2022 ingredients list shows that these animal products have been taken out. Woo!

So…How Do You Order Vegan at Subway?

So don’t lose hope, dear reader. With a little creativity, you can absolutely make these options work! There are a number of “eat fresh” favorites to choose from that are flavorful and satisfying. Listed below are all of the vegan options that we found on Subway’s online menu.

In this video we show what a vegan order at Subway looks like. Take a peek!

Sadly, there used to be both a Black Bean and Mediterranean Vegetable soup option on the menu, but neither are included on the menu at the present moment. It might be worth checking at your local Subway to see if they still offer these savory soups.

When it comes to making a meal at Subway, it’s pretty simple using the list of vegan options above. You can design your own sandwich, wrap, or salad, and feel free to go rogue with the ingredients available (you don’t need to stick to pre-set subs listed on their menu).

Don’t be afraid to ask for guacamole on your salad, an extra Veggie Patty, or grab a bag of chips and add them to your sandwich. That sort of creativity is key to creating a satisfying meal.

Sure, it’s unlikely you’ll race home after devouring your footlong sando to give Subway 5 stars on Yelp. But you can easily satisfy your hunger with some of these tasty options. Whether you’re on a long road trip, stranded at a hotel in the middle of nowhere, or just need a quick-fix option to fill you up at lunchtime, Subway has your back.

If you are gluten intolerant, your choices are much more limited. Only the salad option is suitable for you. Unfortunately, their gluten-free bread contains eggs (and is therefore not vegan). Currently, the Veggie Patty does not include gluten (only soy) so you may want to add that to your salad option for a more satiating meal.

Please note that new items may be added and ingredients can change over time! If you want to check in on the vegan status of any item at Subway, you can find their downloadable Nutrition Data Table, Allergy and Ingredient and Ingredient Guide PDFs that include all of the information needed to figure out what is vegan and what is not.

While the current sub-options at Subway are currently subpar here in the US, there are many signs that they may be evolving to offer better options in the near future. Subway has been toying with the idea of adding vegan meat to their menu for years, and Subway’s Brazil locations even rolled out an Italian sub with vegan meat and cheese in early 2020. If they start rolling these sorts of options out at all their locations, it will be a true game-changer.

So remember—your voice matters. Keep asking when you visit and let the company know you’d like more vegan options. Use word of mouth, call, email, and message the brand on social media. The more people who request veggie alternatives, the sooner they’ll add those items to their menu.

If you’re looking for a fast-food establishment that has more on the menu for vegans, check out these popular burger, taco, and sandwich spots.

How to Order Vegan at Other Popular Chains

Have you found any other options to be veganizable? Did you find something amazing that we missed? Let us know by tagging #worldofvegan and sharing your favorite vegan creations at Subway with all of us!

Disclaimer: At the time of this Subway article (last updated in December 2022), the foods mentioned above are vegan. Since restaurants constantly update their menus and add or take away items, please keep this in mind when ordering your food. There may be new items that are vegan and not listed or items listed here as vegan, which are no longer vegan. Take care to double-check.