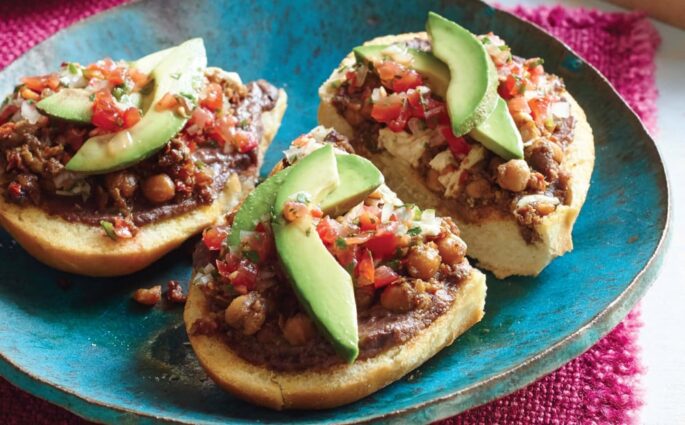 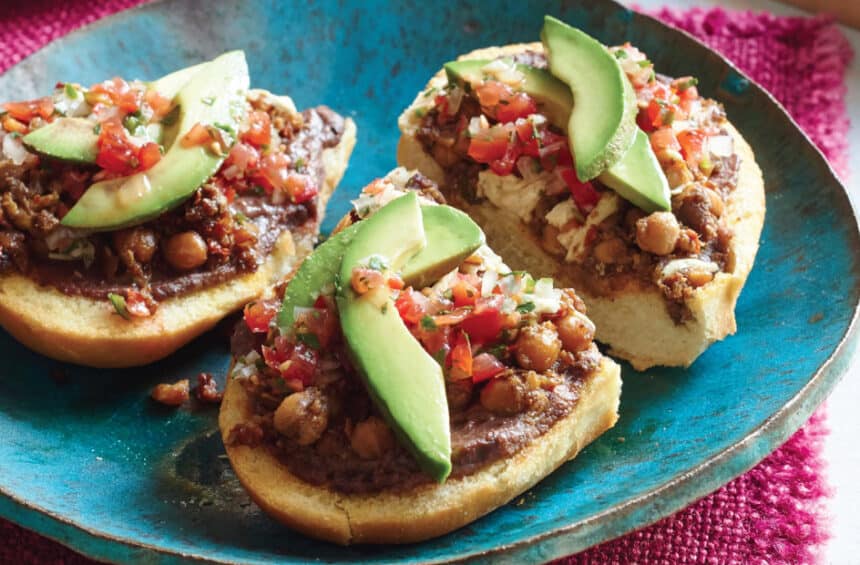 Hungry for some delicious vegan Mexican food? Eddie Garza is your man. Eddie is a leading figure in the movement to reform food systems in Latino communities. He recently came out with the ¡Salud! Vegan Mexican Cookbook: 150 Mouthwatering Recipes from Tamales to Churros, and he’s excited to share his go-to vegan mollete recipe with you.

5 from 9 votes
Nothing gets the day going like feasting on protein-packed bean, veggie chorizo, and cheese mollete, an open-faced breakfast sandwich loaded with refried black beans, plant-based chorizo, and gooey vegan white cheese. Beans, chorizo, cheese, and bolillos are staples in most Mexican households, making mollete a popular morning meal throughout Mexico. It’s also served as a starter at weekend brunch. Bolillos can be found in any Latin market and conventional grocery stores in most major US cities. If you can’t find bolillos in your neck of the woods, don’t sweat it. Standard French bread (cut into 6-inch slices) or plain hoagie rolls make for excellent substitutes. 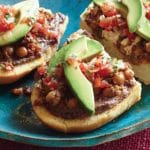 This garbanzorizo is a deliciously simple vegan chorizo perfect for eating with mollete or a number of other classic Mexican dishes!

Garbanzorizo will stay fresh for up to three days in the refrigerator when stored in an airtight container. You could freeze it as well for up to six months if you really pleased! Just allow to cool before transferring to storage and you’re good to go. When you’re ready to reheat, just heat it back up in a pan or covered in a microwave if you’re really in a pinch! 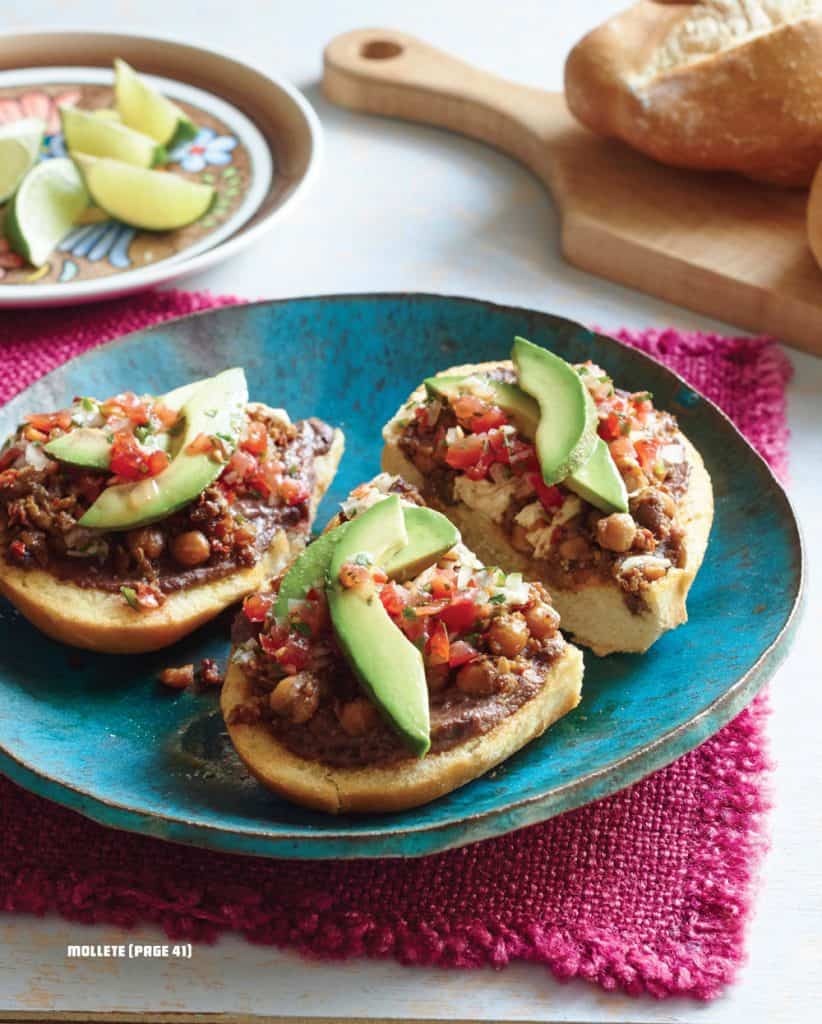 About The Author: Eddie Garza

Garza has collaborated with some of the nation’s most influential school districts and higher education institutions to develop and implement innovative plant-based meal programs. We had the pleasure of asking him a few questions. 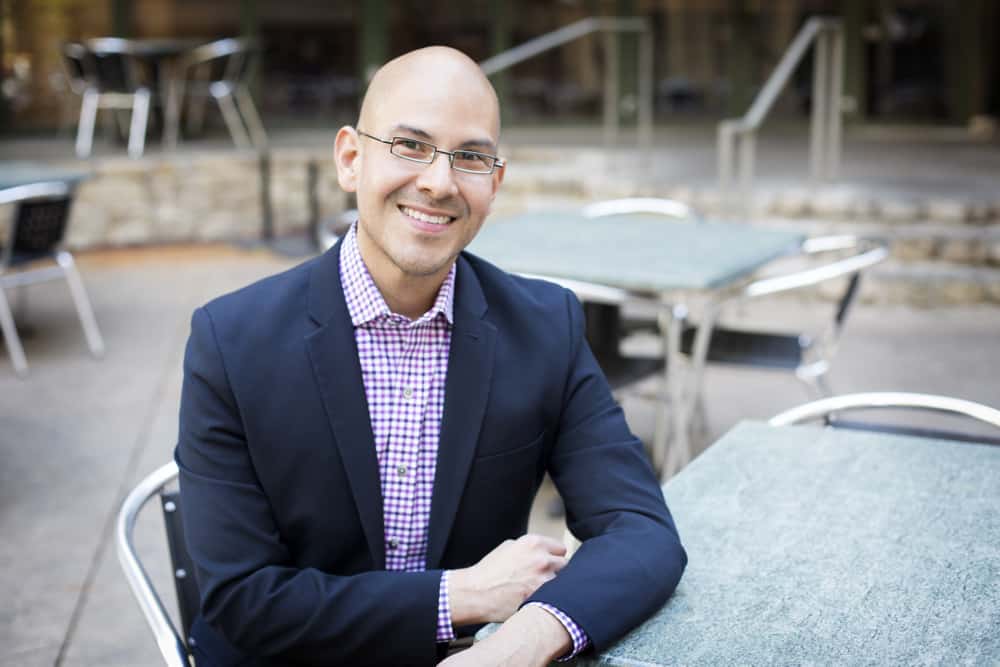 WOV: How did you get into cooking?

EG: I’ve been cooking for as long as I can remember. In ¡Salud! Vegan Mexican Cookbook, I talk about how it has always played a major role in my life. I spent the majority of my childhood in the kitchen with my amazing grandmother, Soledad, who taught me everything about Mexican cooking. From her, I learned how to make Mexican staples like beans a la charra and Mexican red rice to even more elaborate dishes like tamales and moles.

In 2008 I made the leap from passionate home cook to pro at Spiral Diner & Bakery in Dallas, where I truly honed my skills and learned all about commercial foodservice. Since my days at Spiral, my culinary work has been exciting and varied—from conducting culinary trainings and ideations for major hospitals, restaurant groups and culinary schools to working as a plant-based TV chef for Spanish-language networks throughout the United States and Latin America.

WOV: You’ve personally experienced the incredible health benefits of a plant-based diet. Can you share more about your journey?

EG: I grew up in the South Texas border town of Brownsville on a diet high in meat, meat, and more meat. It was what we considered to be part of our norteño heritage, as many of the people in my hometown came from a lineage of ranching families from Northern Mexico. But like many others from my hometown, I struggled with serious weight problems from an early age, reaching a whopping 310 pounds by the time I was in my early 20s. In addition to constantly spraining my ankles—because my ankles simply couldn’t handle all that weight—I suffered from a laundry list of other weight-related health problems like hypertension, sleep apnea, and severe shortness of breath after any small movement. It was after I started transitioning to a plant-centric diet that I was able to naturally reverse my declining health.

WOV: ¡Salud! is such a gorgeous book with so many beautiful dishes. What’s your favorite Mexican recipe to prepare for the vegan inclined and hardcore meat eater alike?

EG: ¡Salud! Vegan Mexican Cookbook is jam-packed with hearty and delicious recipes for every palate. To boot, more than half of the recipes are quick and easy to make! One favorite that has meat lovers begging for more at Garza brunch gatherings is Mollete, an open-faced breakfast sandwich loaded with refried black beans gooey vegan white cheese, then topped with a Garbanzorizo—my spin on traditional Mexican chorizo made with protein-packed garbanzos tossed in a blend of sautéed onions, garlic, sundried tomatoes and a wonderfully aromatic toasted spice blend. It’s a real showstopper!

WOV: Who is your culinary hero and why?

EG: My grandmother is and always will be my culinary hero. It’s why I dedicated this book to her.

Best wishes with the book, Eddie! 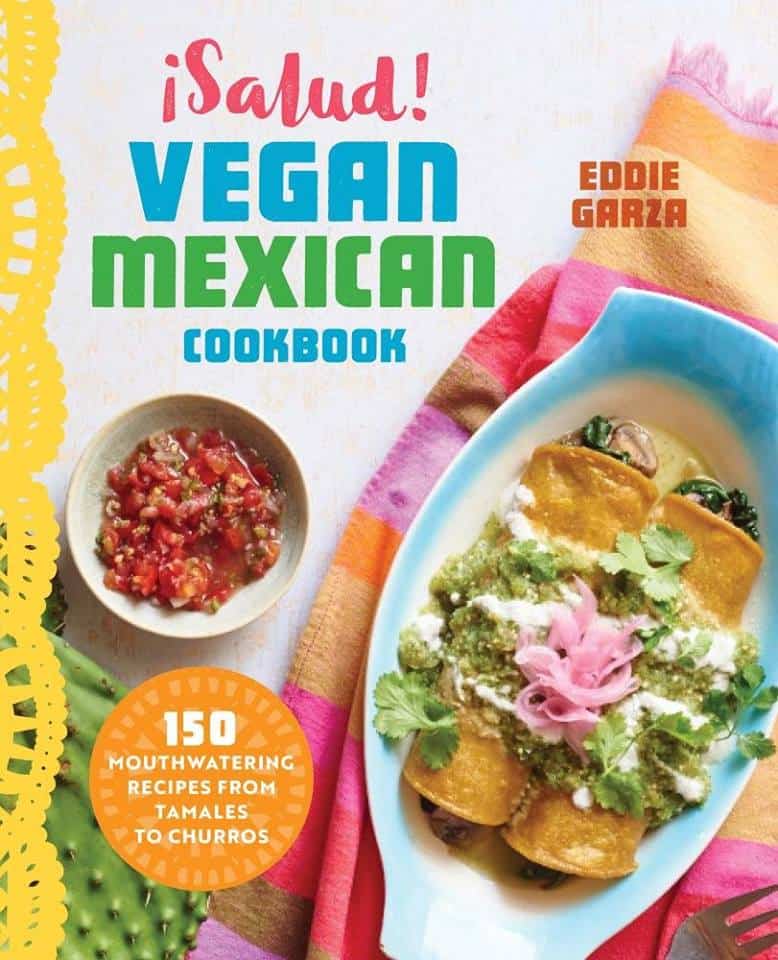 Vegan mollete recipe by Eddie Garza from ¡Salud! Vegan Mexican Cookbook: 150 Mouthwatering Recipes from Tamales to Churros. Article written by Kristie Middleton and edited by Amanda Meth. Please note that this article may contain affiliate links which supports our work at World of Vegan.