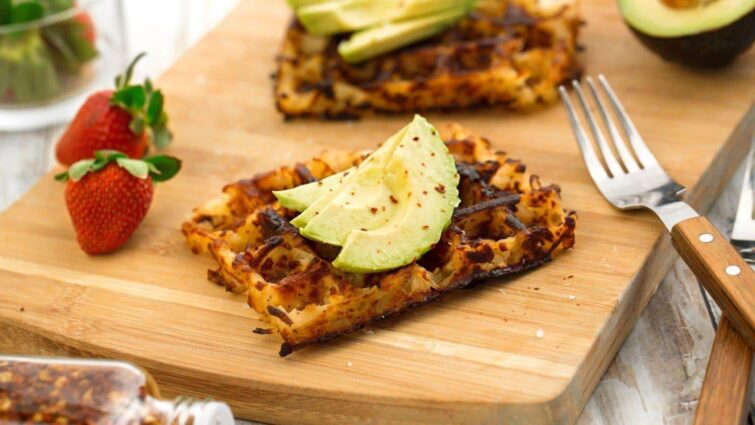 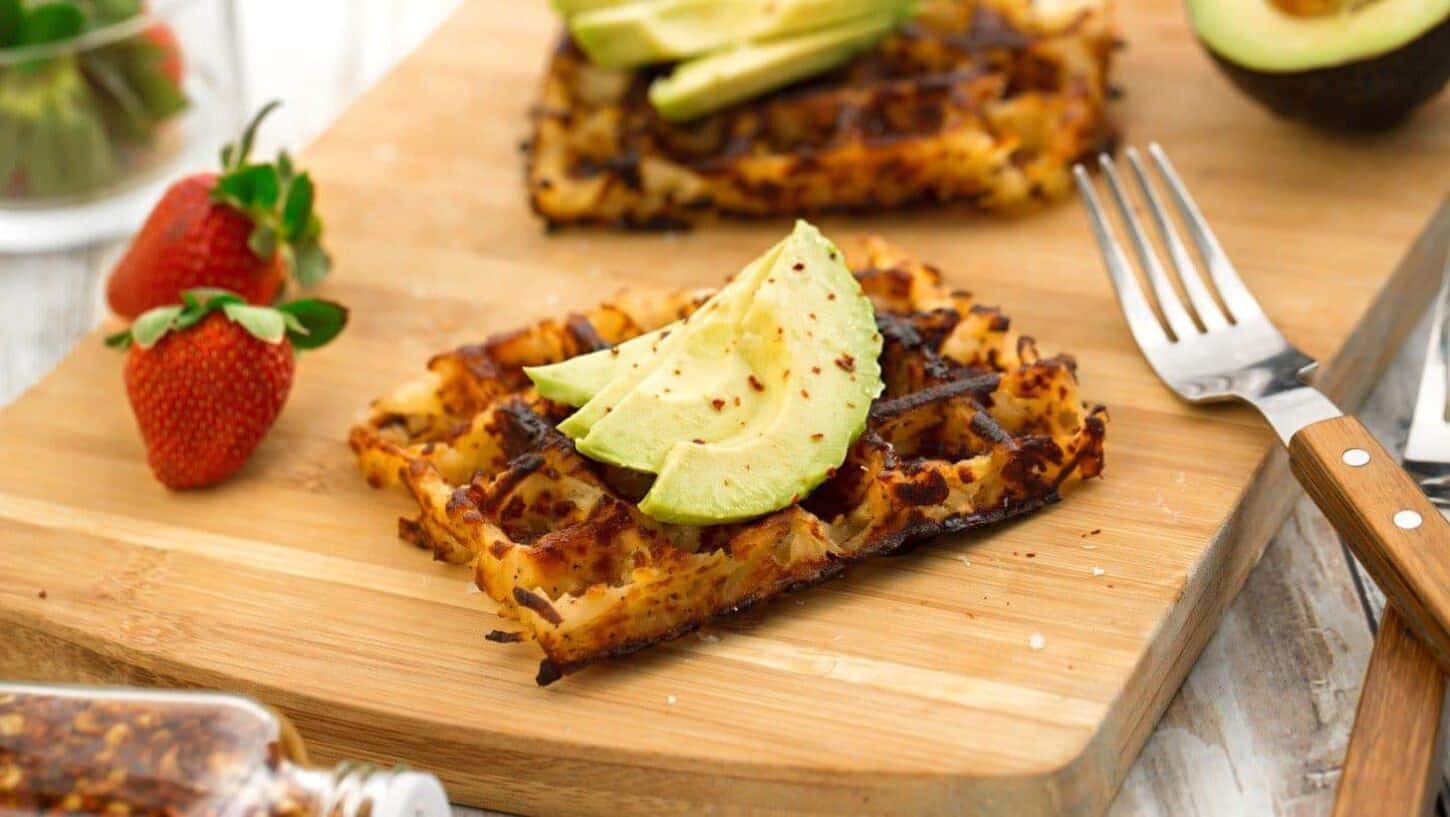 Level-up your vegan breakfast game with these hash brown waffles! If you’re a lover of vegan hash browns and a lover of waffles, this easy recipe is a perfect fusion of two American favorites. With just four ingredients and a waffle iron, you’re in business!

Waffle irons can be used much more than waffle batter. You can use them to cook tofu (tofu waffles!), as a fun panini press, and to make waffle grilled cheese. But today we’re excited to introduce you to our latest obsessions—Vegan Hash Brown Waffles! Get ready, these leved-up vegan hash browns are about to blow your mind.

Celebrated vegan cookbook author and fellow food photographer Hannah Kaminsky just released her newest work of art. Meet her brand-new vegan cookbook: Real Food Really Fast. This cookbook has broad appeal to all, I imagine. Because who doesn’t want delicious home-cooked meals made in the least amount of time possible? I know I do.

Today we’re delighted to share one of the most popular vegan breakfast recipes from this cookbook: hash brown waffles. Epic? Why yes, yes they are. While this may at first glance seem like a Pinterest hack bound to fail, Hannah swears by this recipe.

What separates superlative vegan hash browns from the merely adequate hash browns all comes down to texture. Shatteringly crisp on the outside yet tender, even borderline creamy on the inside, it’s a fine balance that’s difficult to strike. Using a waffle iron instead of a standard frying pan maximizes the surface contact for a far more satisfying crunchy crust, while the enclosure allows the spuds to essentially steam from within, ensuring perfectly tender bites through and through.

With that, here is the recipe! Enjoy! 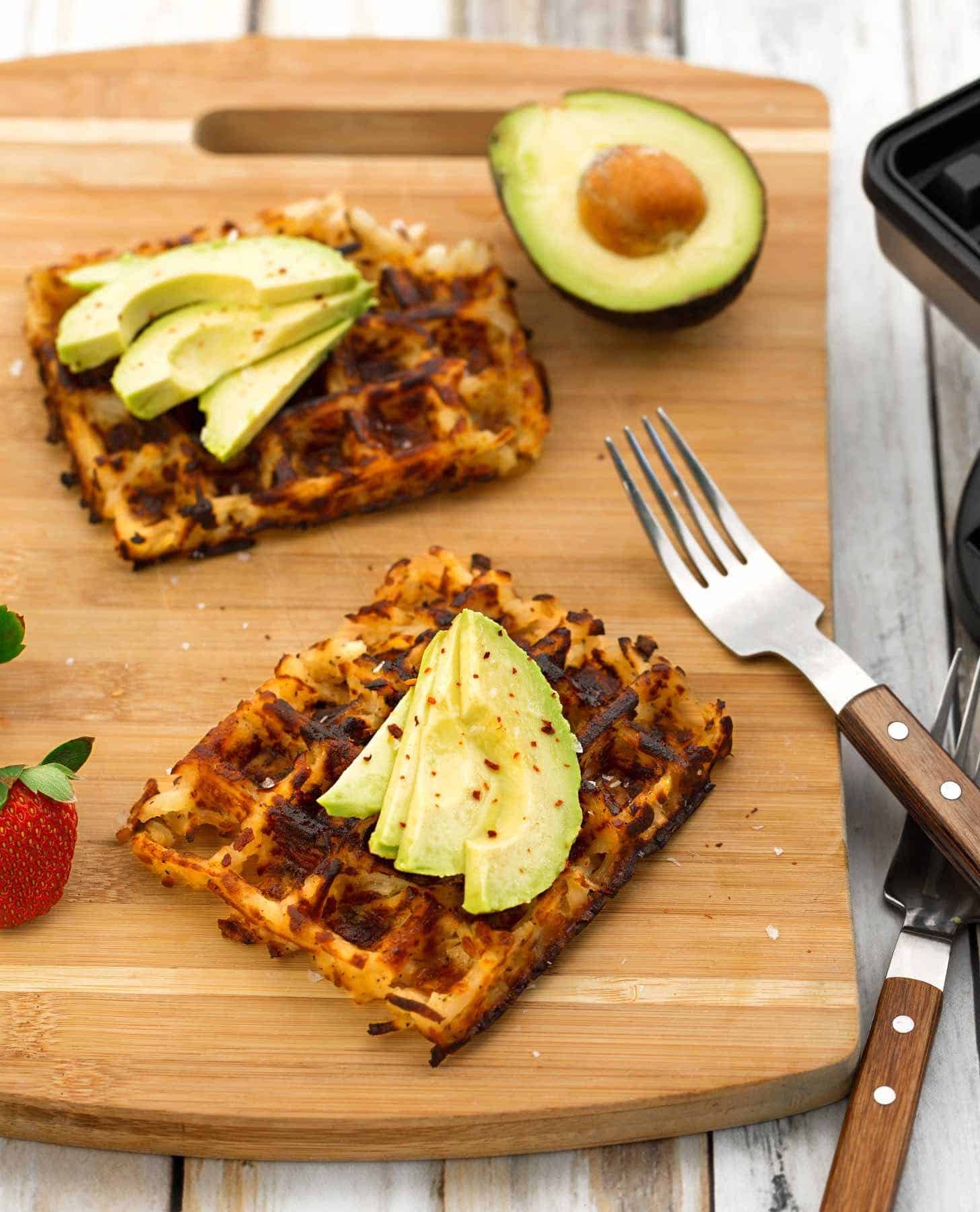 Why We Love These Hash Brown Waffles

The amazingness of these hash brown waffles is apparent in the photos, but here are some other nice perks. These vegan hash browns are:

…and crazy simple and delicious! They can also be made using zero waste so if you’re trying to cut down on single use plastic, make these instead of store bought vegan hash browns.

What Type of Potatoes Should I Use?

You’re welcome to use whatever potatoes you have to make this recipe. We usually use russet potatoes because they’re large and easiest to shred!

How Should I Shred My Potatoes?

We recommend using a food processor with the shredding attachment! With the food processor you will be able to shred your potatoes in snap. While it’s possible to shred the potatoes by hand, that will take significantly more time and effort, and also provides more opportunity for injury. But work with what you have!

What Type of Waffle Iron Do I Need?

Any type of waffle iron should work—the traditional kind or Belgian waffle makers. Just make sure it’s non-stick and well greased before adding your shredded potatoes.

Can I Make Regular Vegan Hash Browns With This Recipe?

Absolutely! Instead of pressing the shredded potato mixture into he waffle iron, fry them up on a hot pan in some vegetable oil. Voila! 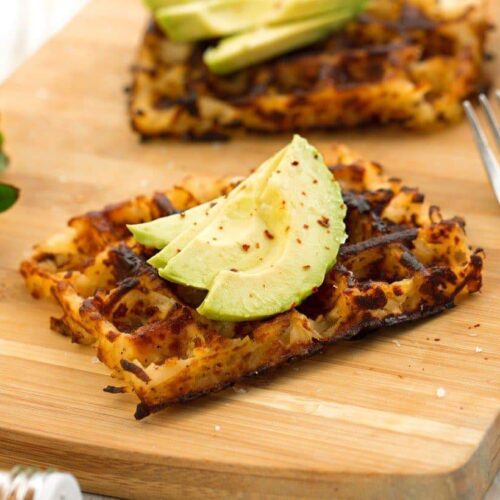 Wondering what other delicious vegan sides you could have for a bombastic breakfast? Here are just a few of our suggestions:

Hannah is imaginative, dedicated, and passionate about food and it shows through in all her recipe creations. She is also the author of My Sweet Vegan, Vegan Desserts, Vegan à la Mode, and Easy as Vegan Pie, and you can find more of her magic on her award-winning blog, Bitter Sweet Vegan.

The vegan hash browns recipe was reprinted with permission from Real Food, Really Fast by Hannah Kaminsky. Published January 2018 by Skyhorse Publishing. Please note that this article contains Amazon affiliate links which help us keep the lights on here at World of Vegan.