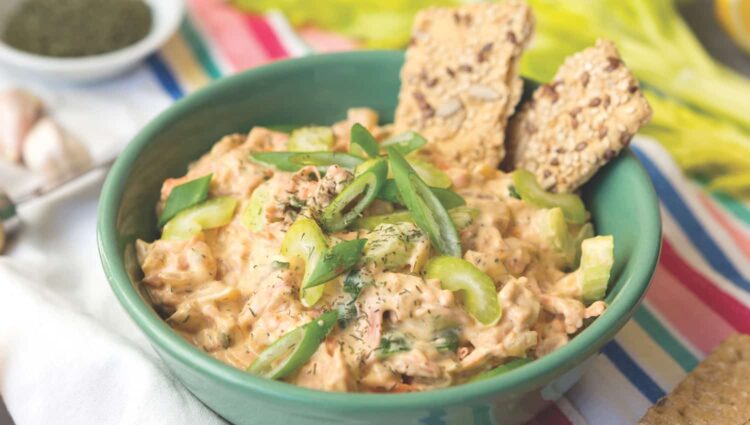 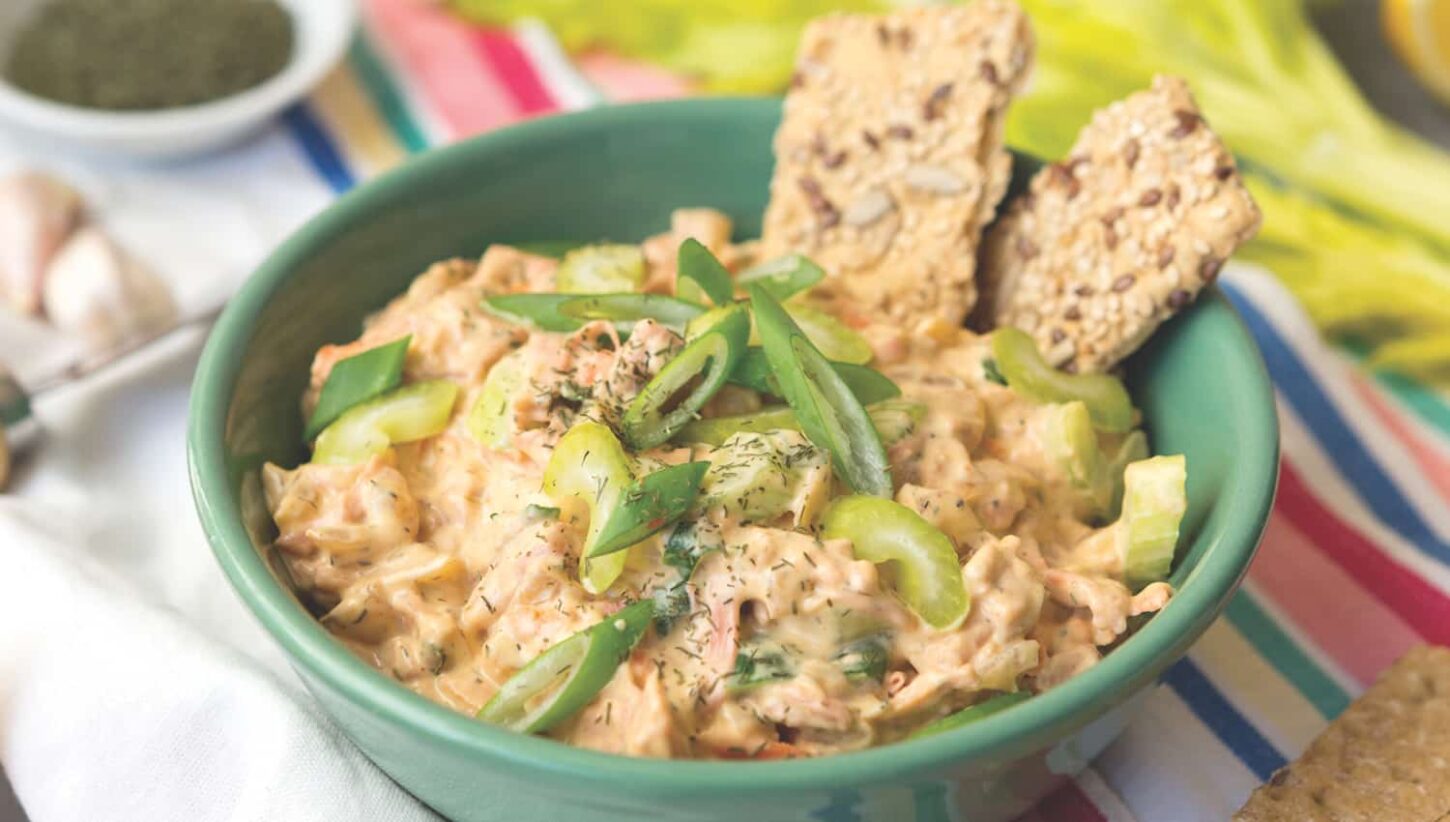 Is it chicken? Is it tuna? It’s jackfruit salad!

This jackfruit tuna salad recipe from the new cookbook The Mainstreet Vegan Academy Cookbook by Victoria Moran and JL Fields is a unique twist on tuna salad. Most vegan tuna recipes I’ve tried are made with mashed chickpeas, tofu, or mock meat so I was quite excited to see something different. I’ve long admired the magic of jackfruit, which has a naturally meaty texture that works perfectly in this dish!

Plus, jackfruit carries with it loads of health benefits. It’s rich in vitamin C, B vitamins, potassium, iron, magnesium, and beyond. I’ve tried it in tacos, soups, curries, Sloppy Joe’s, taquitos, and now jackfruit tuna salad, and it always blows my mind. How can such a funky-looking fruit be so meat-like? Magic.

I’m thrilled to include another jackfruit-based staple in my recipe repertoire. Hope you enjoy it as well!

5 from 7 votes
This jackfruit tuna salad recipe is so delicious! Jackfruit has leapt into the vegan culinary spotlight thanks to its versatility. Though indeed a fruit, its cooked texture resembles shredded meat. Jackfruit takes on the flavors in the pot, transforming itself into a vegan stand-in for pulled pork or taco meat or, in this case, a plant-based version of tuna salad. 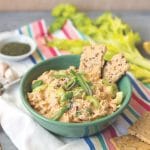 To prepare the jackfruit

To prepare the salad

The Joy of Jackfruit

Jackfruit has become a vegan superstar in recent years and is frequently used as a substitute for pulled pork, chicken, and other meats. It is also part of the Moraceae plant family, which includes breadfruit, fig, and mulberry. While the flesh of the jackfruit is the most commonly consumed part of the fruit, you can also eat its seeds! Raw jackfruit has a sweet, fruity taste but can easily be turned into a savory and meaty dish with the help of the right spices and cooking techniques. Jackfruit also offers a series of health benefits. One cup boasts 3 grams of protein and fiber, and hefty doses of vitamins A and C along with riboflavin, magnesium, potassium, copper, and manganese. It’s also rich in several types of antioxidants and high in fiber, which helps regulate blood sugar levels.

Jackfruit is also naturally gluten-free, which makes it an optimal vegan meat substitute for those who are sensitive to wheat or just want something a little easier to digest!

How to Serve It Up

Wondering how you can best enjoy this jackfruit tuna salad? Here are some ideas:

Your jackfruit tuna salad will keep for up to four days in the fridge when kept in an airtight container. Freezing is not recommended for this recipe.

This jackfruit tuna salad recipe is from The Main Street Vegan Academy Cookbook by Victoria Moran and JL Fields, recipe by Carmella Lanni, photo by Jackie Sobon (BenBella Books, 2017). This post is not sponsored and all thoughts are my own. Article edited by Amanda Meth. Please note that this article contains Amazon affiliate links which help us keep the lights on here at World of Vegan.