5 Ways Dairy is Destroying Our Planet

share this post
A pure white glass of cow's milk seems innocent enough, until you look beyond the carton. In reality, the dairy industry is causing immeasurable damage to our planet. Deforestation, pollution, pesticides, greenhouse gas emissions, and more. Here are five reasons to choose plant-based milk instead! 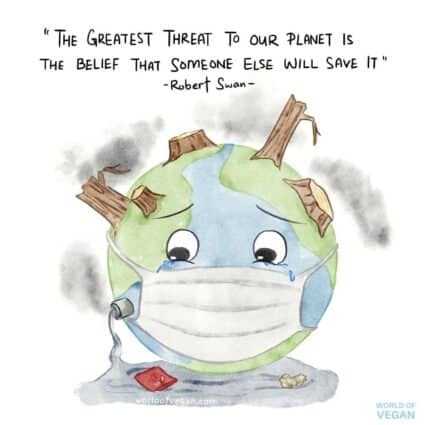 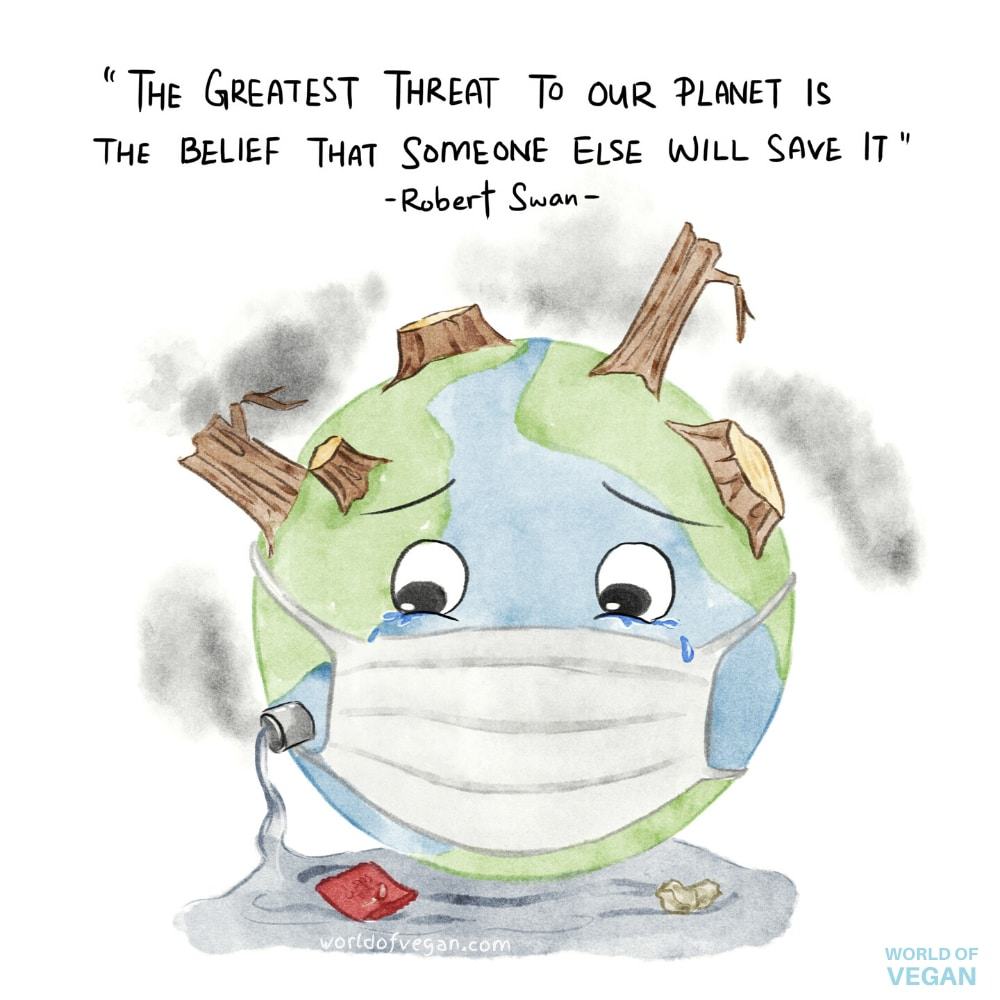 It’s no mystery that our planet is in peril, and while many sustainable solutions have been proposed—from taking shorter showers to driving a hybrid—you may be surprised to learn that these pale in comparison to the environmental consequences of our food choices.

Simple and delicious adjustments to our meals can help create a better world.

Water Use in the Dairy Industry

We all know that water conservation is important—especially for those of us who live in drought-prone areas like California. But taking shorter showers will only make a minuscule dent in this huge problem.

Consider this. Eliminating just one gallon of cow’s milk has the same water-saving effect as skipping 27 showers! That’s a major impact. And I’m guessing that the people around you would rather you skip the milk than go a month without showering.

Animal products are the most water-intensive foods on the planet. In the US, more than 50% of all water consumption is used for animal agriculture. And when you think about it, this makes perfect sense! When we’re talking about milk, each lactating cow has to drink, and they drink 30-50 gallons of water every single day. And on top of that, a tremendous amount of water is used to grow crops to feed the cows. It can take up to 2000 gallons of water to produce just one gallon of dairy milk.

Most cows today are fed diets of alfalfa, corn, and soy, crops which have been heavily sprayed with pesticides. These pesticides make their way up the food chain and into you, accounting for 90 percent of your pesticide exposure.

These pesticides also have a devastating effect on pollinators like bees and butterflies, as well as wildlife and the surrounding ecosystem. And let’s not forget the farm workers who are also exposed to these chemicals that contribute to life-threatening illnesses.

In the United States alone, farmed animals produce 130 times more waste than all of the humans combined. That’s a lot of poop!

But what happens to all this waste? Animal feces and urine are pumped into giant cesspools the size of four football fields. Naturally, when these toxic lagoons fill up, they need to be emptied somehow. The common method for doing that is to spray this liquid waste onto nearby fields, creating a fine mist that drifts downwind and pollutes the air. But what goes up must come down, and in many cases this misty waste reaches neighboring communities.

Kept well-hidden from the public, this is a serious health hazard and a clear example of environmental injustice as it poisons neighboring low-income communities with hazardous waste.

Furthermore, some of the liquid from these cesspools leaches into the surrounding soil and groundwater, ultimately contaminating freshwater rivers and streams.

With the changing weather patterns and increased natural disasters, climate change is on our minds more now than ever before. But did you know that cows are major contributors to global warming?

According to a report by the UN Food & Agriculture Organization, Animal Agriculture accounts for more greenhouse gas emissions than the entire transportation sector combined. That’s more than all the planes, trains, and cars in the whole world.

Cows are huge animals who eat, poop, burp, and fart a lot. Farts, burps, and poop don’t just smell bad—they actually release methane (one of the most potent greenhouse gas) into the atmosphere. And when you consider that there are more than 1 billion cows on the planet, it’s easy to see how this is causing such a tremendous burden on our environment.

Just one dairy operation can give off thousands of pounds of methane every single day. With 365 days in a year and hundreds of thousands of dairy farms worldwide, we’re talkin’ a lot of methane.

Scientists have said that it’s going to be impossible to combat global warming without addressing livestock production and global dietary trends.

Unfortunately trading in your car for a hybrid just isn’t going to cut it alone. Dumping dairy is not only far less expensive, it’s also a much more effective option.

Another consequence of the dairy industry is deforestation and loss of biodiversity. As we mentioned before, dairy cows are fed diets that consist primarily of alfalfa, corn, and soy. To grow these feed crops and create more grazing land, rainforests are being decimated and converted into farmland.

Raising animals for food is responsible for 70 percent of deforestation in the Amazon rainforest. The Amazon rainforest is considered the lungs of our planet, and is home to more than half the world’s species of plants and animals. Clearing this forest is irreversible and is one of the most shortsighted things our species has ever done. And it’s all for the sake of animal agriculture, something we don’t even need.

Be Part of the Solution

As you can see, animal agriculture is one of the single most destructive industries on our planet.

Considering the rapidly growing human population, we are on track to double dairy consumption worldwide by 2050. Along with this comes an equal increase in devastating environmental consequences including polluting our air and waterways, clearing our forests, massive loss of biodiversity, and irreversible climate change.

This is not the world any one of us would choose to live in. Choose to be a part of the solution, rather than contributing to the problem. It’s time we stand for a better world—because if we don’t, it won’t happen. The solution is right at the end of our forks.

Delve deeper, watch documentaries like Cowspiracy (free on Netflix), read books and articles, and consider choosing vegan. Earth is the only planet and home that we have. It’s time we start treating her with care and respect.

There are so many plant-based milks, dairy-free recipes, and resources to help you choose sustainable options instead of dairy. Here are a few guides to help.

To learn more about how to thrive dairy-free, visit TheDairyDetox.com and check out The Dairy-Freedom Cookbook.

Article and video by Michelle Cehn and Allison Rivers Samson from The 12-Day Dairy Detox.