Home » All Posts » Recipes » Instant Pot » Do I Need an “Instant Pot” Pressure Cooker—And How Do I Use It?

Do I Need an “Instant Pot” Pressure Cooker—And How Do I Use It? 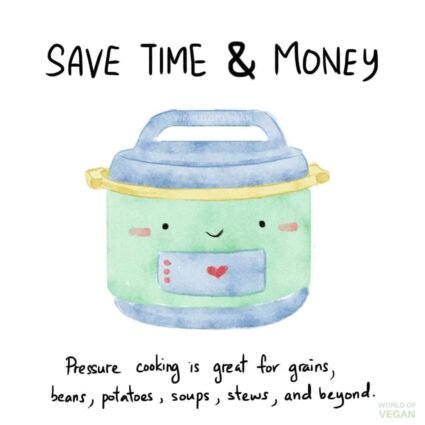 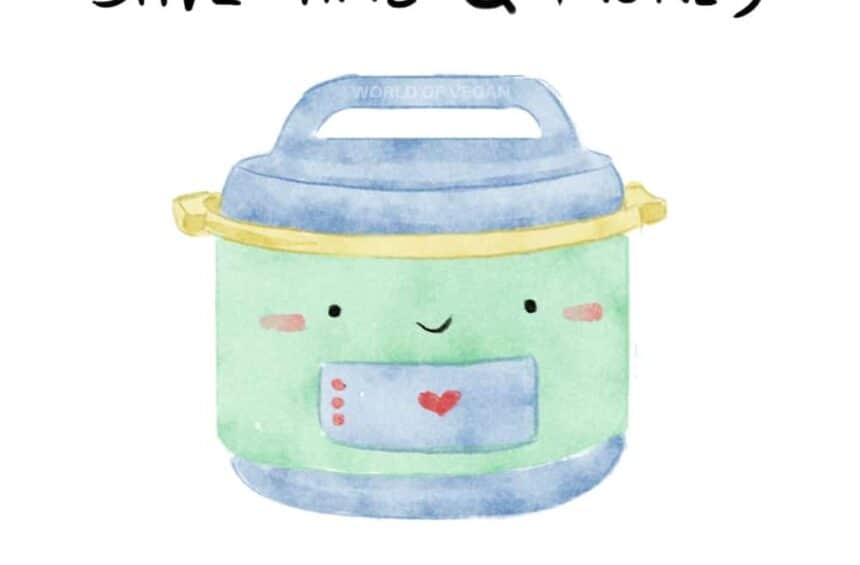 We’re all busy, and for many of us, finding the time to prepare home cooked meals feels overwhelming and difficult to prioritize. Paws up if you can relate! When I come home from a busy day of work, my belly is already rumbling and I’m not about to wait 50+ minutes for some healthy brown rice to cook on the stove.

Intimidated by Your Pressure Cooker? You’re Not Alone!

Like many, I was intimidated by this contraption that traps steam and raises the water’s boiling point to cook food faster. Is it safe? What if it explodes? Will I risk burning myself?

My new Instant Pot sat unopened in my kitchen for months. Finally, I got the courage to bust it open, and started with something simple: rice. I owned a rice cooker at the time, but figured cooking rice was a nice easy starting off point to test out the pressure cooker. Instant Pot has simple cook time charts for various grains and beans on their site to make it easy.

Cooking Grains and Beans Fast—In Half The Time!

Whoa. The rice cooked fast and turn out perfectly. This meant I could get rid of my big clunky rice cooker! At the time I lived in a teeny-tiny apartment and had no room for extra appliances, so I was ecstatic to pass that rice cooker on to Goodwill.

Soon after, I played with making beans from scratch and cooking up hearty vegan soups and stews. I realized that my rarely used slow-cooker was also now no longer needed (why cook something for 8 hours when it can be done in 20 minutes?) and that went to Goodwill too. Shelf space started opening up (holla’ to all the minimalists out there!) and I was no longer fearful of this brilliant fast-cooking device. The Instant Pot has so many safety features that it’s almost difficult for something to go wrong.

Here is a video tutorial showing how to cook beans in an Instant Pot:

So let’s recap. Pressure cooking dramatically cuts down cooking times for things like rice, beans, soups, stews, and more. This means it’s now easier than ever to cook whole foods from scratch (which is not only very healthy but will also save you money). It makes meal prep fast. Plus, it totally replaces the functions of a rice cooker and slow cooker. I swear by my Instant Pot and if you decide to get one, I hope you love yours too!

Here are some of our favorite vegan instant pot recipes that are perfect for beginners.

Don’t miss our round up of 10 Vegan Instant Pot Recipes That Make Pressure Cooking Simple!

Here is a great warming soup recipe made in the Instant Pot. Soups are my favorite to make because I don’t have to follow a recipe—I can just dump in any veggies I have on hand, lentils, barley, rice, etc., and set the cooking time to whatever ingredient takes the longest. And voilà! I make a big pot and have meals for the week.

You can also find tons of vegan pressure cooker recipes in the cookbooks below (or with a quick Google search online). Happy cooking! 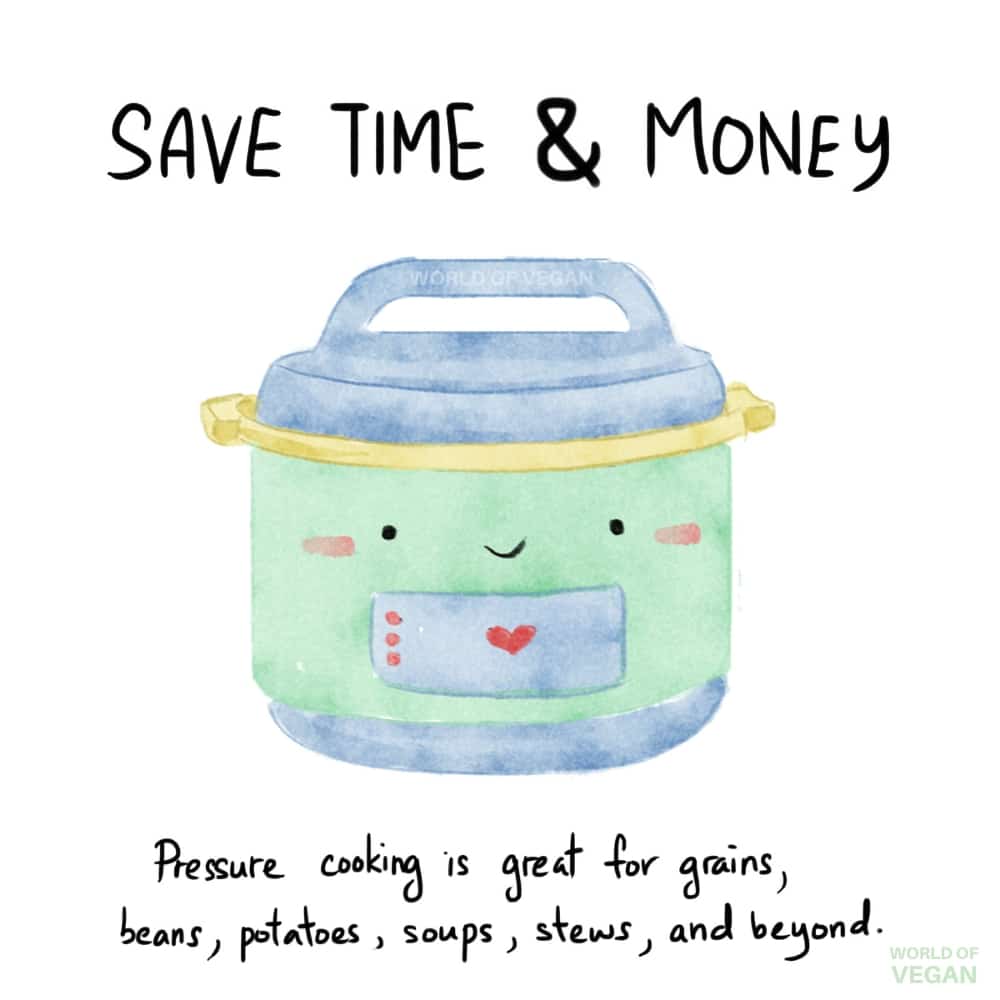 Cover art by Jeanne for World of Vegan. This post is not sponsored—I just sincerely love this cooking tool and want to share it with the world! This post does contain Amazon affiliate links, and items purchased through those links help keep the lights on here at WorldofVegan.com.