Home » All Posts » Guides » How Many Grams In a Pound?

How Many Grams In a Pound? 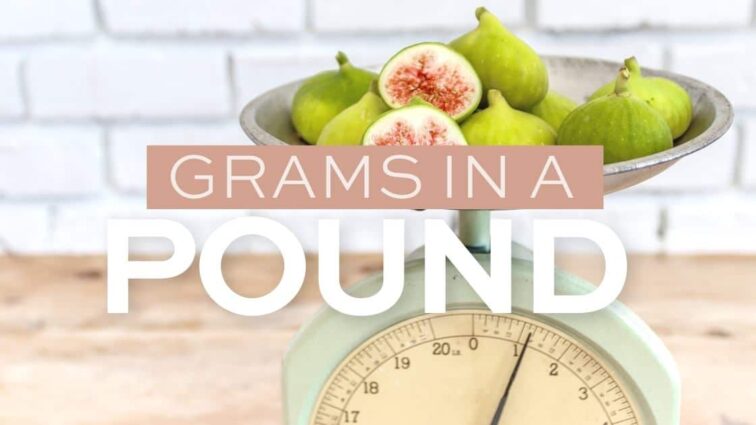 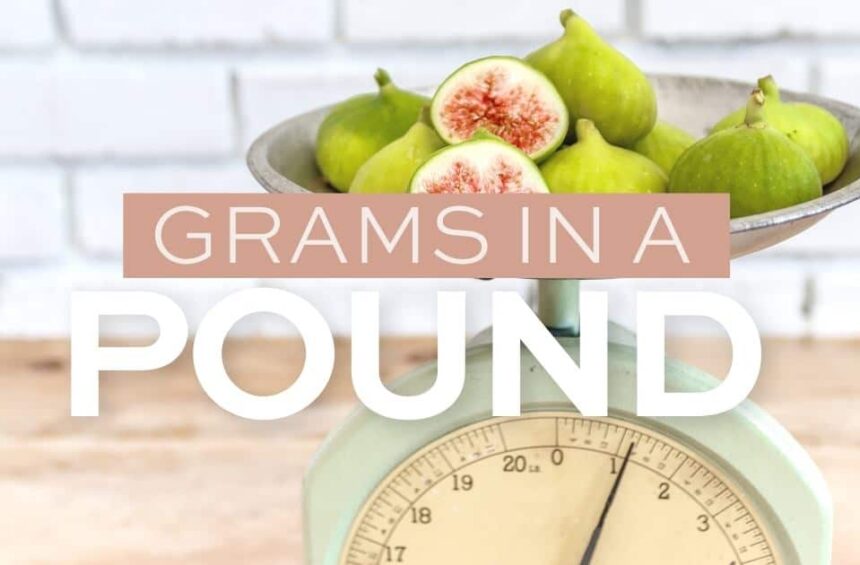 Recipes are supposed to make cooking and baking easier, right? There’s just one problem that can muck everything up: converting the metric system to the Imperial system or vice versa. If the recipe you’re aiming to make needs converting, you may find yourself trying to remember how to do that. There are some tricks to make it easier.

Let’s look at how many grams are in a pound and how to do the math.

How many grams in a pound?

One pound is equal to 453.592 grams. That’s a lot of numbers, right? So you’ll often see that shortened to 453 grams. But, if you remember from grade school math class when the first number after a decimal point is five or higher, we typically round up, so you can also use 454 grams.

This conversion from grams to pounds works on anything you’re measuring by weight, be it flour, vegan milk, or chocolate chips. Remember that old riddle, which weighs more: a pound of feathers or a pound of bricks? A pound is a pound!

Why are there different systems of measurement?

If you’re making a recipe in the U.S., Myanmar, or Liberia, you’ll need to convert from grams to pounds, as these are the only countries where the Imperial system is still widely used. The rest of the world works with the metric system, which is why so many recipes often feature units like grams.

The Imperial system of units was first defined by the British Weights and Measures Act of 1824. It changed over many years, originating from a standard pound weight kept by the Royal Mint in London. (The British Pound is still the measure of currency in England.)

The U.S. adopted the British Weights and Measures units of measurement early on as Great Britain held strong sway in the U.S., among other countries. Fast-forward to the Industrial Revolution where the system was used widely. So the decision by much of the country’s industries was to keep the Imperial system as workers were trained in it.

That habit was hard to break, especially with the passage of time and Imperial being used in everyday products outside of factories such as gallons of milk. The U.S. was quickly entrenched in the Imperial system and found it too taxing to switch. As the apt saying goes, in for a penny, in for a pound!

It is likely though that the U.S. will eventually join the rest of the world in fully using the metric system. A number of efforts in recent years have been aimed at converting the U.S. to the metric system entirely, but the country considers itself ‘bilingual’ in its use of both as the metric and Imperial systems are taught in most schools, and many product labels include both when applicable.

Meanwhile, while England and its colonies were using the Imperial system, France introduced its own system of measurement, the Metric System, after the French Revolution. It defined one cubic centimeter of water as a gram (gramme). Imagine 453-ish small cubes of water, and it’s easy to see how a pound can have so many grams in it.

The metric system is used for measuring weight, volume, and distance like the Imperial system. But instead of pounds, weight is measured in grams. For volume, instead of gallons, metric uses liters. And for distance, kilometers replace miles. These different systems of measurement also impact how we measure temperature. Celsius is the metric version of Fahrenheit.

How to convert grams to pounds

These charts show you how to convert from gram to pound and pound to gram. You can also use online calculators, like this one, to drop in the unit and quickly get the conversion.

We hope you found this metric conversion guide useful and that you now have an understanding of how to convert grams to pounds. Photos from Canva.com. Please note that this article may contain affiliate links that support our work at World of Vegan at no extra cost to you. Thanks for stopping by, and we hope to see you again!