Home » All Posts » Guides » How Many Ounces in a Quart?

How Many Ounces in a Quart? 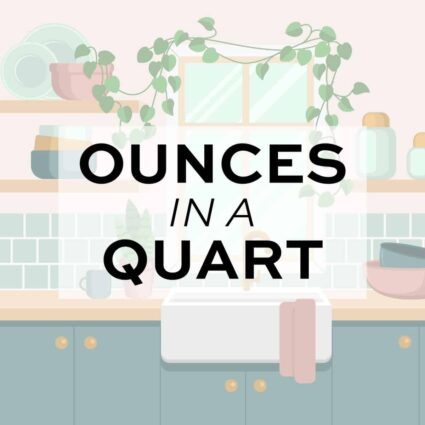 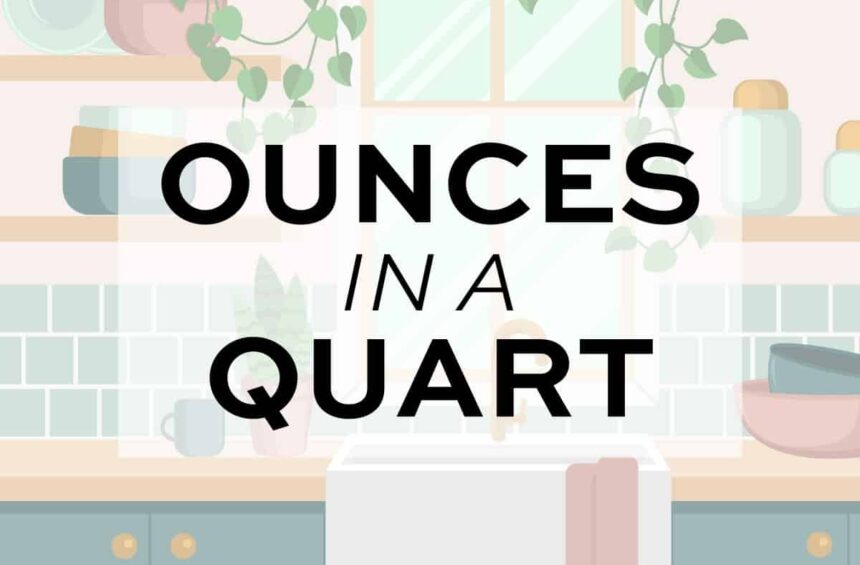 If only there were a recipe for decoding recipe language! All those directions—from julienne to mandolin—can leave you scratching your head. Amounts (what’s “a pinch” anyway?) can also be a challenge to decode, especially if you’re converting from metric to Imperial system and vice-versa.

We recently covered how many grams are in a pound, which shed some light on the two systems of measurement. But what about ounce to quart? Or quart to ounce? Are liquid conversions different than dry? How many ounces are in a quart in the U.S.? Let’s dive in.

What is an ounce?

Ancient Romans relied on copper to help measure things like length and weight. An ounce is roughly one-twelfth of a copper bar. The term “uncia” shares similarities to “ounce” for that reason.

The ounce is an Imperial unit of measurement. In the metric system, one liter is equal to a little more than 33  ounces. The liter (or litre) is the equivalent of one cubic decimeter. For more than 60 years (1901 to 1964), the liter was defined as the volume of one kilogram of water at 4 °C (39.2 °F), but the original value was reinstated in 1964 and remains today.

But ounces are also used to measure dry items. And it’s important not to confuse fluid ounces with weight-measuring ounces. Liquid pertains to volume—that cubic decimeter—and weight converts to grams or pounds.

A note on measuring wet versus dry ingredients

Confused? We were too. Part of that has to do with the U.S. being one of only three countries in the world that hasn’t adopted the metric system yet. But the easy trick to keep in mind is that when you’re seeing ounces in a recipe, it will most always be for liquid and may even say “fluid ounce.” Dry ingredients are typically measured by volume as well—a cup versus a pound (or gram).

Wet and dry ingredients are not typically measured the same because of their densities. You could certainly fill a cup of water and a cup of rocks and call it even, but once you put those two items on a scale, you’d quickly realize they’re not the same. That’s because liquid is less dense than solids, which means it takes up more space.

What is a quart?

If you studied Latin languages at all, you may recognize the numeric connection to quart: it’s four, or one-fourth. In this case, a quart is one-fourth of a gallon, which is a bit different depending on where you are. An English gallon is almost 154 ounces, while the U.S. gallon is just 128. But regardless of where you are, the quart is a quarter of the gallon.

Just like the ounce converts to liters in the metric system, so too does the quart. If a quart is 32 ounces, then it is also roughly one liter as noted above.

Why both quart and ounce?

If you noticed that both ounce and quart have a metric conversion—the liter—you may be wondering why that is. As noted, the U.S. doesn’t use the metric system. And it doesn’t use the Imperial system exclusively, either. It’s got its own customary system that has one set of units for fluids and another for dry goods. The Imperial system uses one set. This is why on liquid products sold in the U.S. you’ll see three different measurements. Often it’s something like 16 FL oz (fluid ounce), 1 pint, 500 mL (milliliter).

Fortunately, a recipe will typically use just one measurement and you can Google, or use the chart below to make sure you convert properly.

How many ounces in a quart again?

One quart equals 32 ounces in the U.S. In the U.K., it’s a bit more, about 38.4 ounces. But when it comes to recipes, you typically won’t see anything calling for a quart of liquid, except maybe a punch recipe for a large event. And in that case, a little extra or a little less here or there can easily be remedied.

You can use this chart to convert ounces to quarts.

We hope you found this metric conversion guide useful in your cooking adventures. Now have an understanding of how to convert ounces to quarts! Photos from Canva.