Home » All Posts » Guides » What Will Happen to Animals If We Stop Eating Them?

What Will Happen to Animals If We Stop Eating Them? 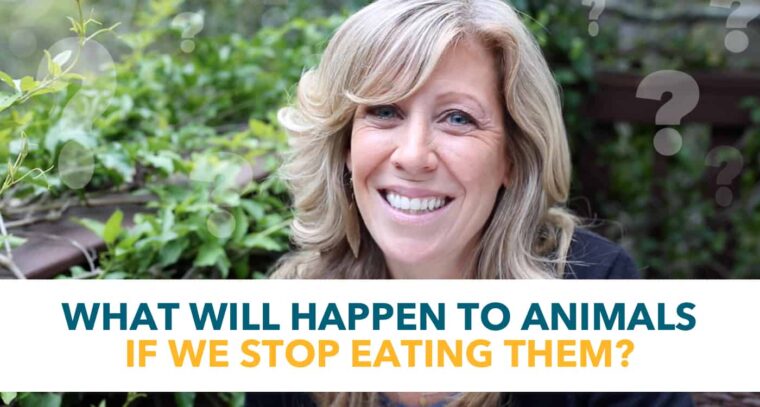 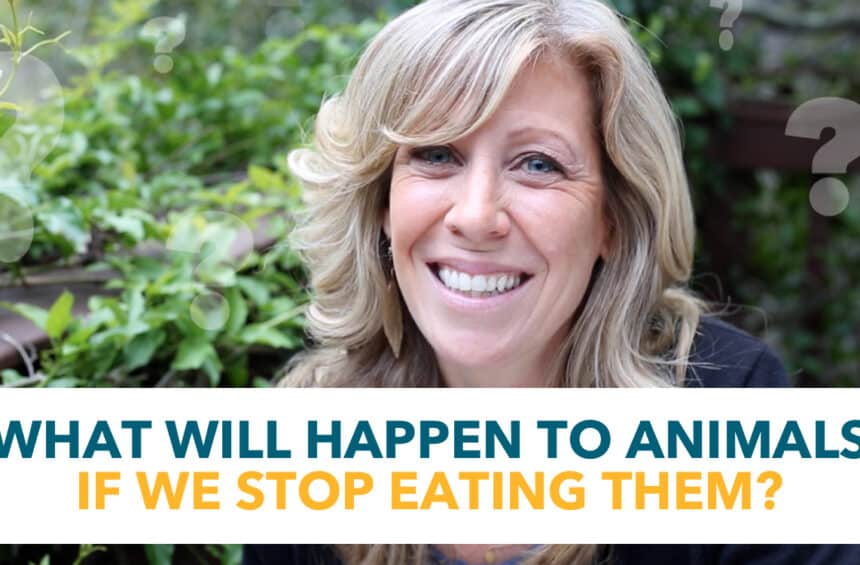 “What would happen to all the animals if we stopped eating them? Wouldn’t we be overrun with so many? Wouldn’t that be destructive to the environment?”

Look, we have a population crisis—now! The crisis isn’t in the future. It’s here. The concern isn’t some hypothetical scenario where billions of animals are released from their cages. The concern is now. We’ve created an artificial system by which we bring animals into this world only to kill them. Right now we kill 10 billion animals a year. 10 billion. They’re destructive to the environment now! Once we stop artificially inseminating these animals, there will be fewer and fewer of them, which is a good thing. We simply cannot sustain the amount of resources it takes for the feed and waste of animals kept for their flesh and secretions.

Raising these animals already uses three-quarters of the world’s agricultural land. A third of our grain crops are used to feed livestock. That’s a problem. Now. Worrying about what will happen if we stopped eating them is a red herring!

And truthfully, I think it’s disingenuous to feign concern about the very animals we’re tormenting and killing and eating. If we’re really concerned about the animals we breed and keep and kill for human consumption, we would stop eating them. And as more of us do, there will be a gradual process of population reduction.

And keep in mind that the animals we’ve bred for the meat, dairy, and egg industries are little Frankenstein monsters, and as such are not part of any natural ecological system. Their wild ancestors were part of the natural world—the wild cattle, chickens, goats, sheep, and turkeys—but we took that away from them. We took their habitats and we took their genes and twisted them up, making them grow larger and faster than their skeletons and organs can support. Even as an animal advocate, I would have no problem with many of the breeds going extinct. If we really cared about animals, we’d stop supporting the industries that hurt them the most.

In our latest VegAnswers video, vegan speaker and cookbook author Colleen Patrick-Goudreau addresses the question, “What would happen to all the animals if we stopped eating them?”

You can learn more about Colleen Patrick-Goudreau and her work, her vegan cookbooks and her Food for Thought podcast at her website JoyfulVegan.com.

By Colleen Patrick-Goudreau
Updated on: 11/9/22