How to Answer Common Vegan Questions 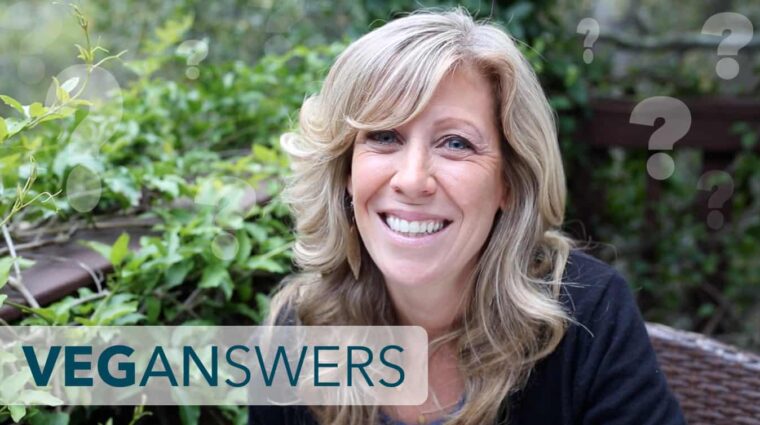 If you’re vegan, you’ve surely encountered the vegan questions. You know the ones. The “where do vegans get their protein?” and “what about plants—don’t they feel pain?” questions you’re incessantly asked whenever somebody learns that you don’t eat animals.

Needless to say, if you’re going to lead a vegan life, you better get used to answering these on the fly! And that’s exactly why I created this video. I met up with vegan author and speaker Colleen Patrick-Goudreau to share her simple and eloquent responses to the top vegan questions. My hope is that this will help empower new vegans to answer these questions with confidence and grace. And of course you can always send this video to friends when they ask you these questions!

Where do vegans get their protein?

What about plants? Don’t they have feelings too?

I don’t believe people are lying awake at night concerned about the pain and suffering of cauliflower. I think this distracts us from the issue at hand: that animals do suffer and feel pain. Most of us have no problem pulling lettuce from the ground or cutting the limb off of a tree, but most people are unable or unwilling to cut the limb off an animal or stab him in the heart. There’s a difference.

In nature, animals eat other animals, so it’s natural for us to do so, as well.

Which animals? Yeah, the carnivorous animals eat other animals, but why are we using them as our model? Why do we compare ourselves to the flesh-eating lion rather than the plant-eating elephant? There are actually more animals who don’t eat other animals—but conveniently, we don’t use them to justify eating more plants.

Weren’t animals put on this planet for us to eat?

The animals we eat, humans “put” here—in the sense that we created them, we breed them, we genetically selected them. We play God. Not to mention that we were the prey of the large predators before we developed weapons and methods for killing them.

Isn’t veganism is a bit extreme?

Extreme? Extreme is bringing billions of lives into this world only to end them. We breed to kill. We—a species of 7 billion kills 120 billion land and aquatic animals every year for a food source that is completely unnecessary for our survival or health. If you ask me, that’s extreme.

Wouldn’t we be overrun with animals if we stopped eating them?

We’ve created an artificial system by which we bring animals into this world only to kill them. Once we stop artificially inseminating these animals, there will be fewer of them. But frankly, it’s disingenuous to feign concern about the very animals we’re tormenting and killing for consumption. If we were really concerned, we’d stop eating them.

Isn’t being vegan expensive—isn’t it for the privileged elite?

Historically, meat, dairy and eggs have been considered symbols of affluence, affordable only by the wealthy and denied to the poor. It’s a sign of prestige if you can afford to buy animal products. And now, even with government subsidies favoring animal products, whole plant foods, are still more affordable than meat. Think: rice, beans, bananas, carrots—these are some of the most affordable foods on the planet! Convenience foods (vegan or non-vegan) are more expensive because you’re paying for convenience.

“But…I could never give up cheese!”

You don’t have to. There are plenty of delicious non-dairy cheeses you can still enjoy—made from the milk of plants rather than the milk of animals! But honestly, if you say “I could give up meat and eggs, but I could never give up cheese,” then I would say give up everything but cheese. Don’t do nothing because you can’t do everything. Do something. Anything.

What about “Free-Range” & “Humane” meat?

Why Help Animals When So Many Humans Need Help?

Is Soy Bad For You?

Many thanks to Colleen Patrick-Goudreau for sharing her responses to these common vegan questions! You can find more of her work at JoyfulVegan.com. I highly recommend that you check out her vegan cookbooks

, her Food for Thought podcast (it’s great to listen to while you’re on the road!), and her Daily Dose of Compassion emails.