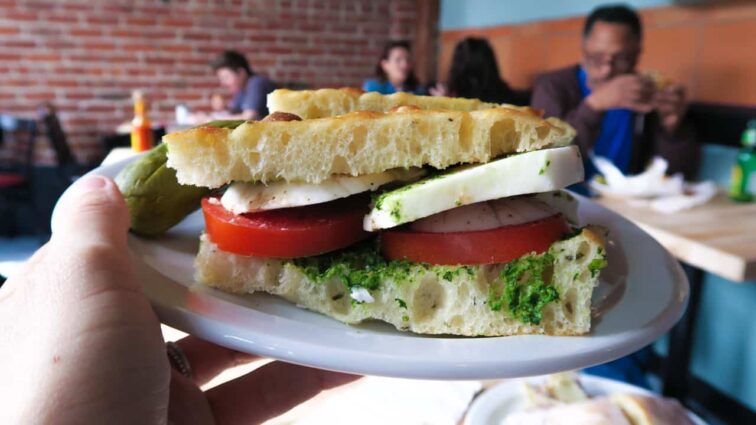 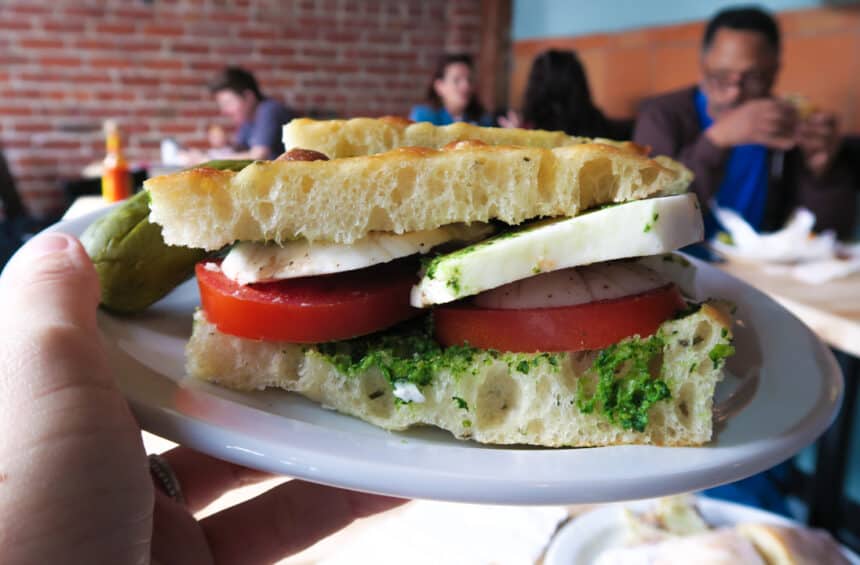 A new delicatessen just opened shop in Berkeley, California this week—with a surprise twist: they’re 100% vegan! The Butcher’s Son is owned by brother-sister owners Peter Fikaris and Christina Stobing who have been hard at work meeting customer demand (this week is still only their soft-launch), and they have been selling out of all their sandwiches daily.

What can you expect to find at this new vegan butcher shop? Let’s just say The Butcher’s Son will be completely annihilating any pre-conceptions about what vegans eat. They serve up bagels with lox, capers, and the works in the mornings, and offer a wide variety of traditional deli sandwiches for lunch. Think: cheesesteak, pulled pork, and mozzarella caprese. They have a cold case packed with loaves of vegan meat and specialty roasts, and have a variety of house-made cheeses including fresh mozzarella (which is amazing, if I do say so myself). They also offer desserts like cannoli and cheesecake. And that’s just the beginning.

Portions are generous, the location is prime—right in the heart of Berkeley, and the shop itself is bright, modern, trendy, and the perfect casual lunch spot. Take a look inside in our latest video!

If this story sounds familiar, you’re right. This is the second all vegan butcher shop that has opened in the United States in the past month. The Herbivorous Butcher also opened recently in Minneapolis. Exciting times, my friends.