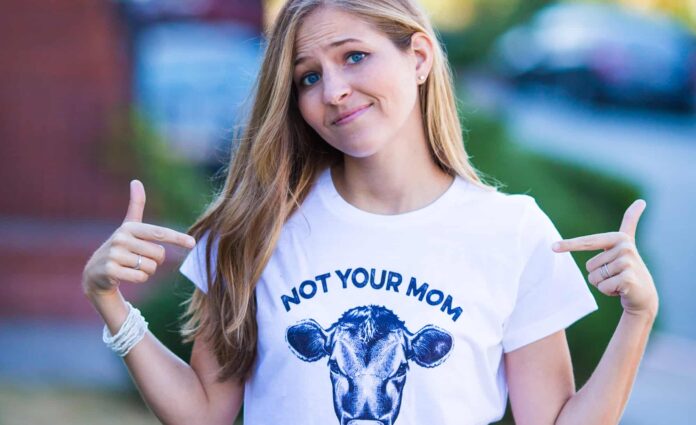 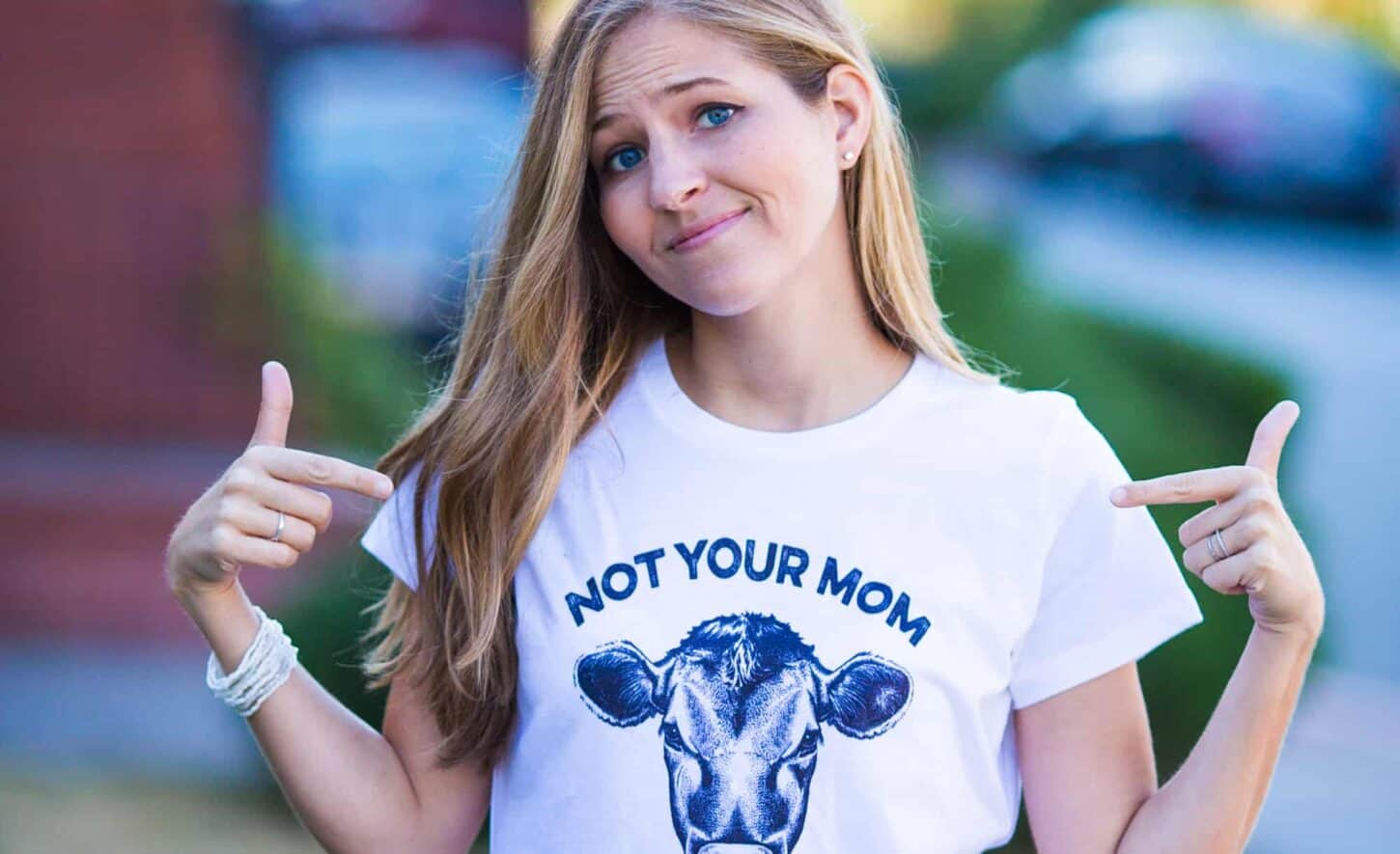 The dairy industry is one of the most abusive food animal industries. Cows, to produce milk, have to first have a calf. They don’t lactate just for the heck of it (they aren’t magical milk machines as we’ve been led to believe)—they produce milk to feed their baby (just like humans and all mammals). Sadly, on dairy farms, the newborn calf is taken away from the mother at birth so that the milk can be sold to humans.

The cows are then hooked up to milk machines two or three times a day. These machines pump out the milk meant for the calves. On today’s farms, cows are pushed to produce about 10 times more milk than they would produce in nature. They’re pushed beyond their biological limits. And then, when their milk production declines after a few years, they’re sent to slaughter—usually for beef.

These are cows who suffer the physical stress of intensive production, the emotional stress of losing a calf every year, and then they’re killed at a very young age. That is what’s wrong with milk and dairy.

The good news is that people can now find all kinds of alternatives to cow’s milk. When you visit mainstream grocery stores you’re likely to find almond milk, coconut milk, soy milk and many other varieties of plant-based milks that will not only prevent a massive amount of animal suffering, but are far healthier for us as well.

In this video Gene Baur, co-founder of Farm Sanctuary, shares his perspective on cow’s milk, and why he’s dedicated his life to helping people wake up the cruelty involved in producing it.

Draw My Life: A Cow In Today’s Dairy Industry 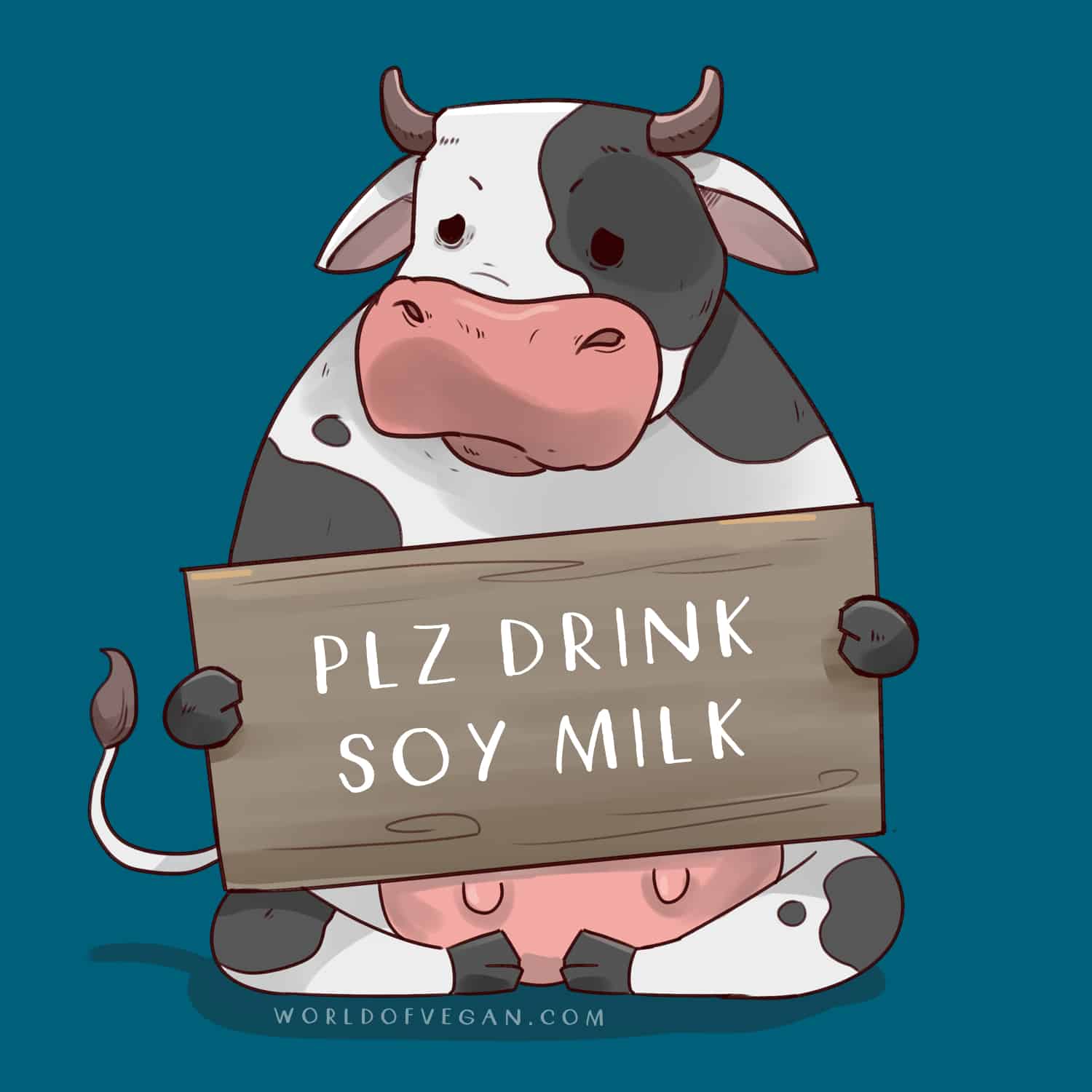