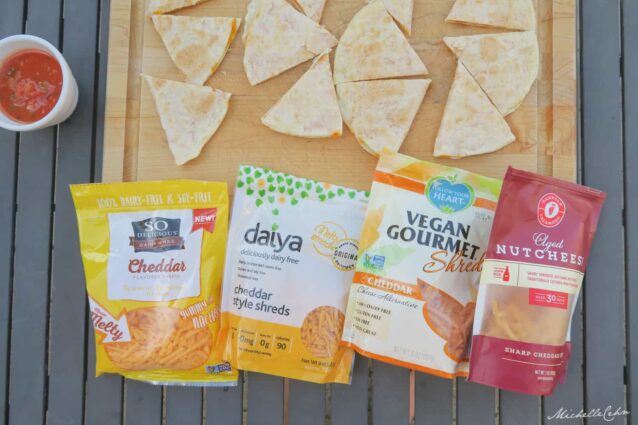 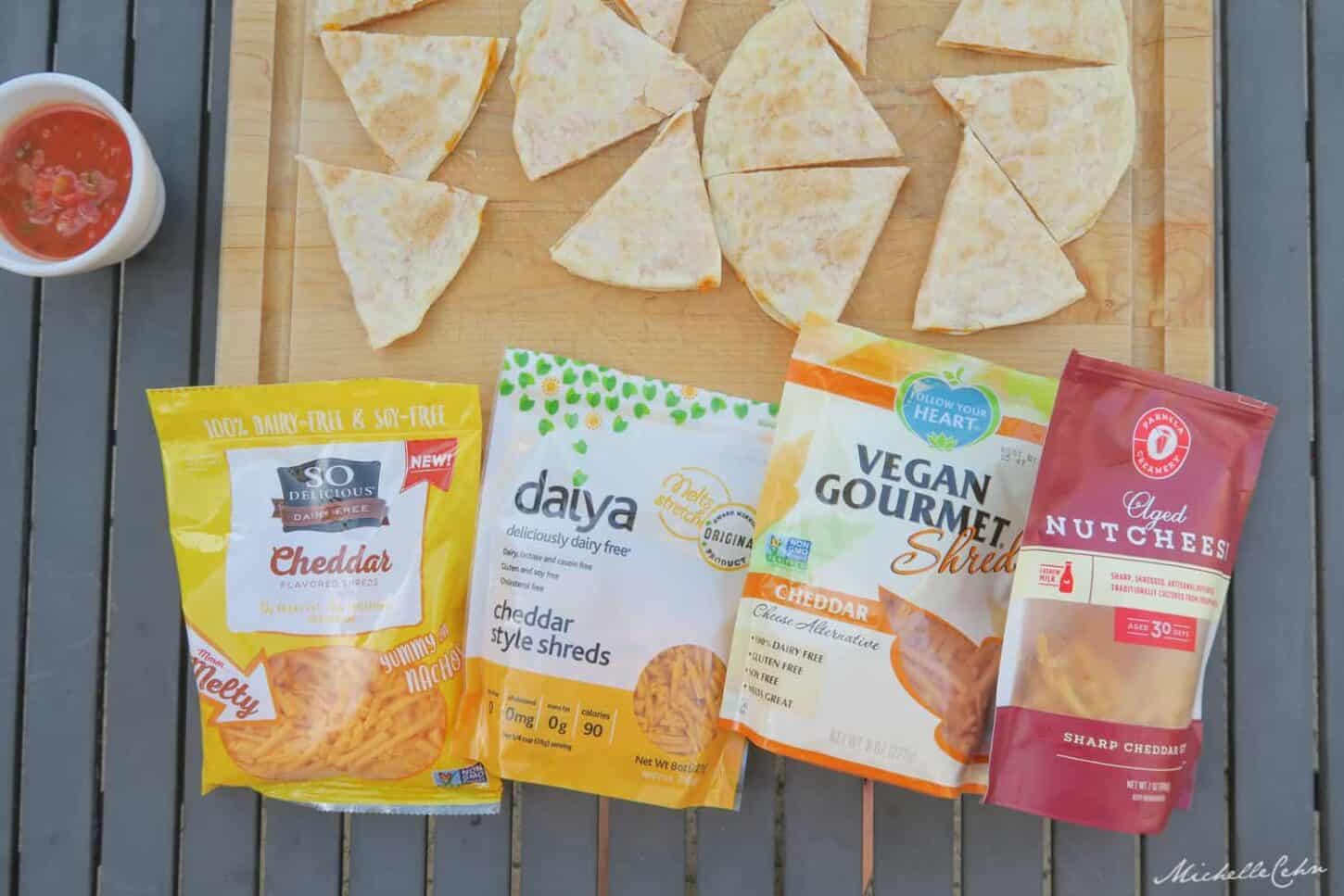 Trying to find the most delicious vegan cheddar cheese on the planet? This guide will go over all the best vegan cheddar brands for snacking as well as a few irresistible vegan cheese recipes!

Whether you’re feeling inspired to get down to business in the kitchen or you’d rather just pick up a bag of vegan cheese shreds, there are plenty of options for enjoying some rich vegan cheddar.

Get busy in the kitchen with these simple and satisfying recipes for vegan cheddar!

A souper creamy and comforting recipe from Sweet Simple Vegan that comes together in just a little over 30 minutes! The soup gets a sharp vegan cheese flavor from ingredients such as soaked cashews, nutritional yeast, onion, and garlic. Serve alongside some toasted bread and enjoy!

It’s not a party without a vegan cheese ball to cut into! This recipe from Courtney’s Homestead features a combination of cashews, almonds, coconut oil, white miso, and spices, resulting in a rich and flavorful vegan cheese.

Made with just five simple ingredients, this smoky vegan cheddar recipe from Veggie Inspired couldn’t be easier to make. Slather it on a vegan BLT sandwich, top it on a veggie burger, or just enjoy with your favorite veggies or crackers!

Perfect for pouring over your favorite pasta, pierogis, or potatoes, this velvety vegan cheese sauce from watch. learn. eat. is nut-free, gluten-free, and super easy to whip up! Keep it for up to five days in the fridge and enjoy frequently.

In the name of great scientific experimentation, we decided to put four of the most popular brands head-to-head in a vegan cheese taste test! The three judges were: an omnivore, a brand-new vegan, and a longtime vegan. Our hope was that this would give a balanced perspective and help us find a clear winner—and it did! The winner, with a unanimous vote, was…well, you’ll just have to read on and watch to see!

This list is not comprehensive—there are many other vegan cheddar cheeses out there (such as Go Veggie’s vegan cheddar) but we chose the four vegan cheddar cheese options that are both the most accessible and the most popular. It’s also worth noting that Daiya recently released a new formula for their vegan cheese shreds which they’re slowly rolling out in grocery stores and food service. It’s completely different from their original formula, so stay tuned for that. I tried it on vegan pizza at Disneyland and loved it!

It should be noted that we only tried these cheeses in a quesadilla, and it’s quite possible that the ranking would change when using the cheeses in different dishes. We also taste-tested the cheeses cold (unmelted) and confirmed our suspicions—they really are meant to be melted. Of the four, Parmela performed the best unmelted—in fact, I just sprinkled it on tacos the other night and it was delish!

Many thanks to our guest judges: Greg Hicks (my biological father who I met for the first time this year and has been vegan for 2+ months now!) and Dan Safko (omnivore, public speaker, entrepreneur, and founder of I Make The Case). We hope that this helps you out next time you’re at the grocery store shopping for vegan cheddar cheese!

P.S. Have you seen our Ultimate Guide to Vegan Cheese? Check it out to see some of the most popular options for each type of vegan cheese (for melting, spreading, sprinkling, sandwiches, serving on a platter, and beyond).

This vegan cheddar cheese guide was written by Michelle Cehn and edited by Amanda Meth. Although we love the brands mentioned above, this is not a sponsored article. Please note that this article may contain affiliate links which supports or work at World of Vegan!