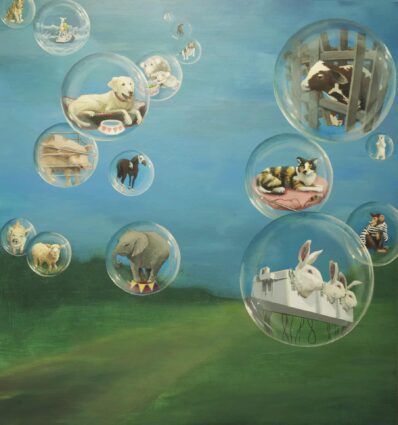 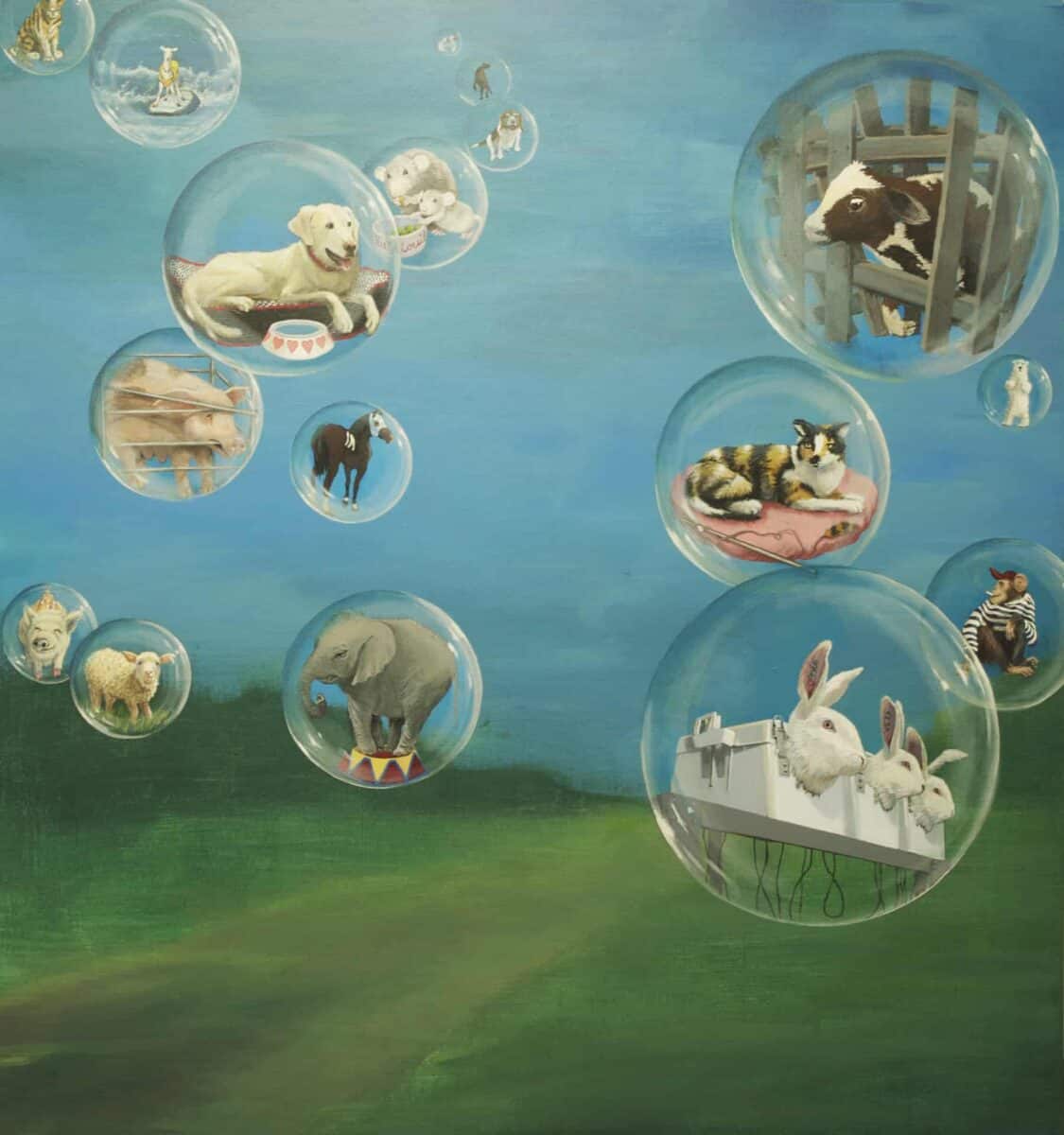 Jane O’Hara is an artist on a mission to shift perspectives and change how people see animals. In our society, animals are often viewed as machines, commodities, and tools to be exploited for profit, convenience, and entertainment. But Jane sees them much differently. “Animals have been my subjects and served as my muse for many years. For me, they are spiritual beings—wise, playful, benevolent, and full of integrity.”

To catch attention and inspire people to think about these heavy issues, Jane “will often place an animal in an unnatural setting to point out people’s tendency to impose their own agenda on them.” She uses humor and irony to illustrate each animal’s dignity, confusion, fear or pleasure.

Below we have included a few of Jane’s works, and we’ve asked her to share the inspiration behind each. 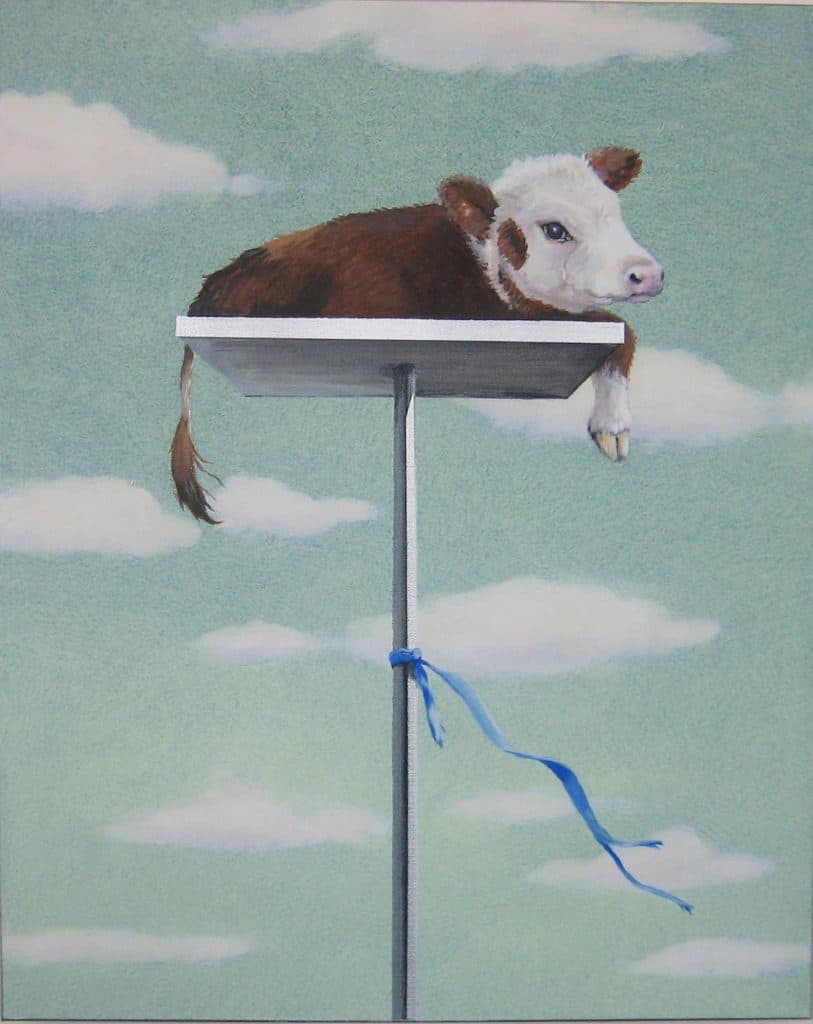 Blue Ribbon is a recent piece I painted, commenting on how our ‘prized possessions’ are hardly a prize in this case. Vulnerable in this surreal position the calf is crying and unsure what is in store. 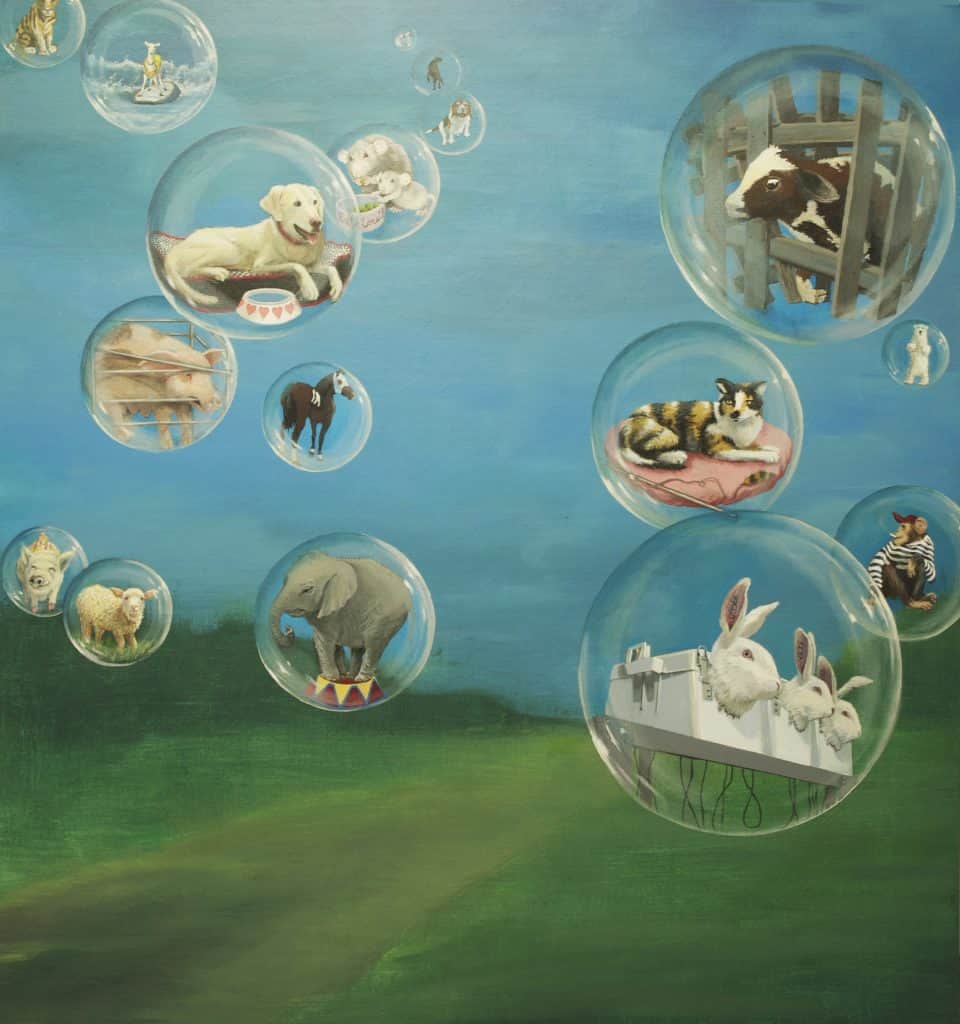 Separate Not Equal is a large piece in my Bubble Series where all of the different animals live parallel yet have completely different experiences. Floating alone they have no way to understand why or what is in store for them, for the most part being at humans’ mercy. 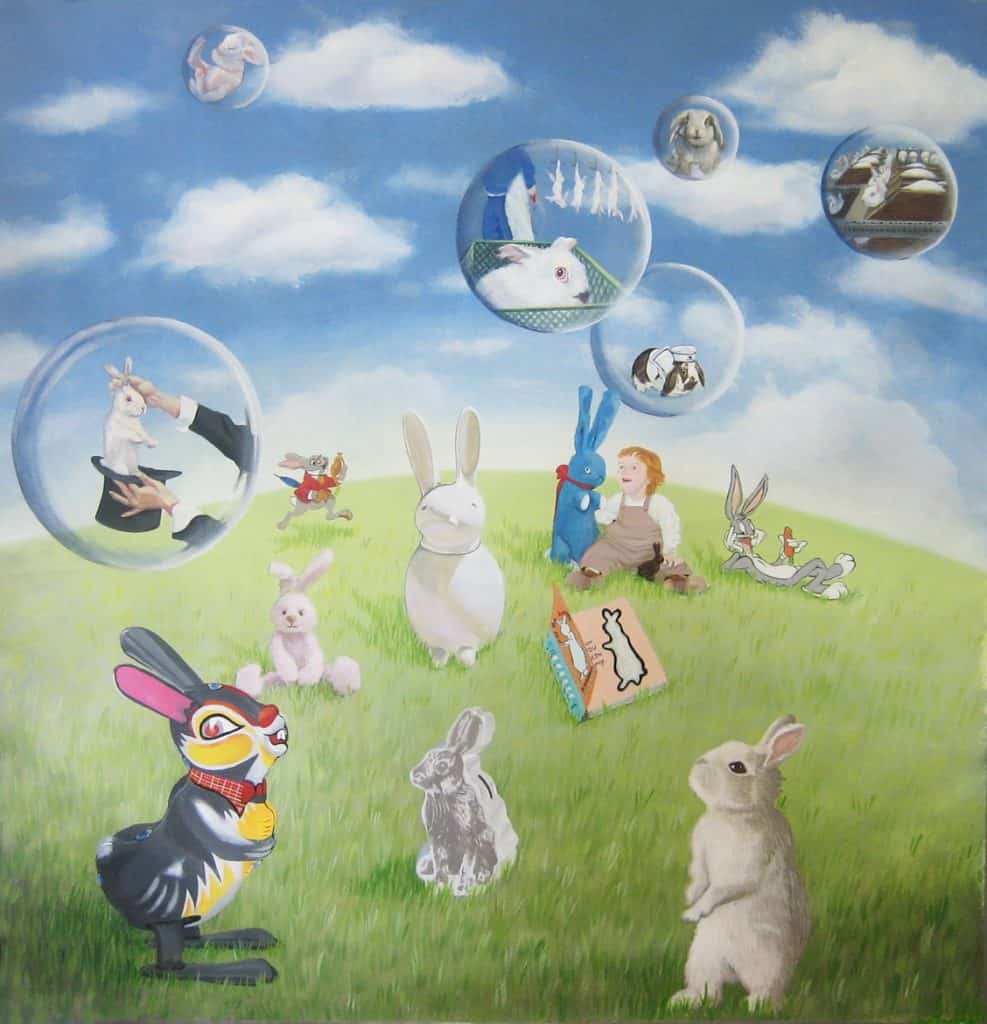 This piece is called The Rabbit Hole. I have the rabbits in many of their predicaments and situations in bubbles, floating in their own worlds, some in line for slaughter, some dressed as dolls, one pulled by the ears in a magic ‘trick’ and others in restraints, victims of cosmetic testing. The landscape is reminiscent of my childhood, where my experience as a child was of cartoon rabbits, stuffed bunnies, an Alice in Wonderland Rabbit, wind up toys, chocolate bunnies, and an occasional live bunny in the suburban landscape. 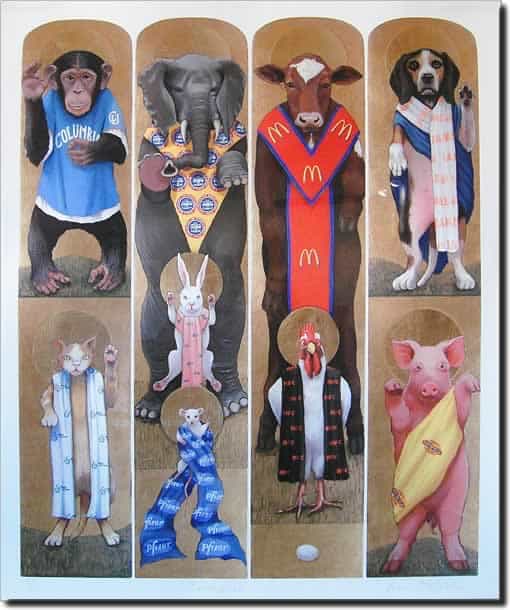 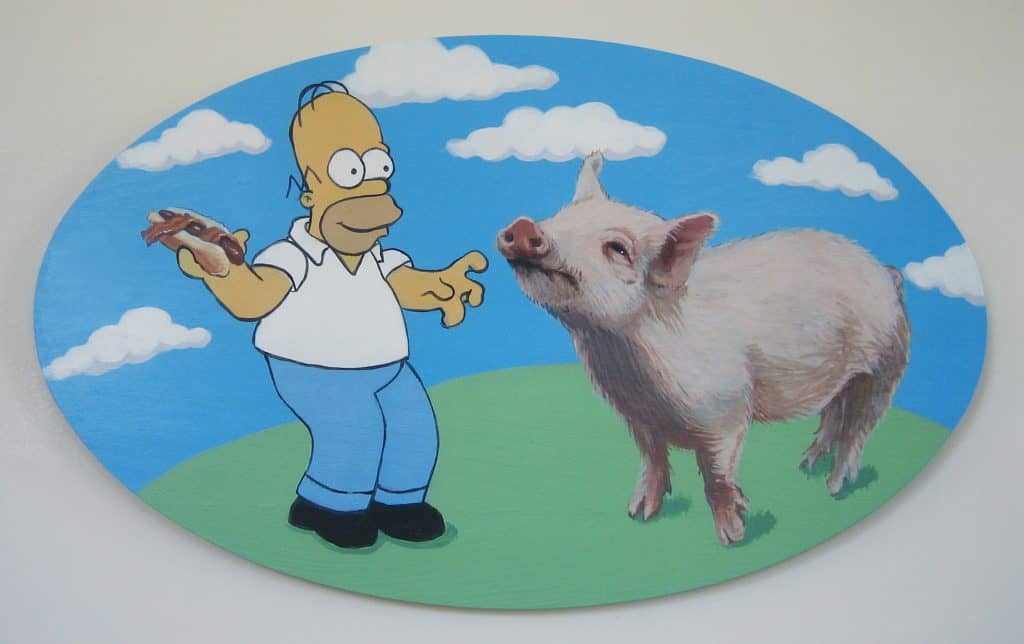 Another recent painting depicting Homer Simpson, the clueless ‘everyman’ exhibiting the total disconnect between the cute piggie he truly is enamored with, and the bacon draped hot dog in his hand. I have been using cartoon characters in some of my work echoing both the nostalgic links we have to cruel habits as well as the sugar-coated happy world the style evokes.

Jane O’Hara has been heavily involved in this work for decades, and over that time has used her artwork to spread important messages, reach new audiences, and support nonprofit organizations including People for the Ethical Treatment of Animals (PETA). With her continued exposure to animals and what they endure, she says, “I am increasingly aware of animals as vulnerable, sentient beings in need of us for their care, protection, and quality of life. This idea drives my work.”

You can find more of Jane O’Hara’s work at her website, JaneOHara.com.