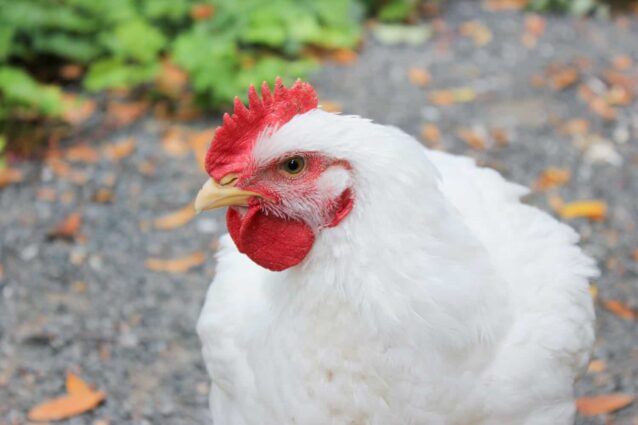 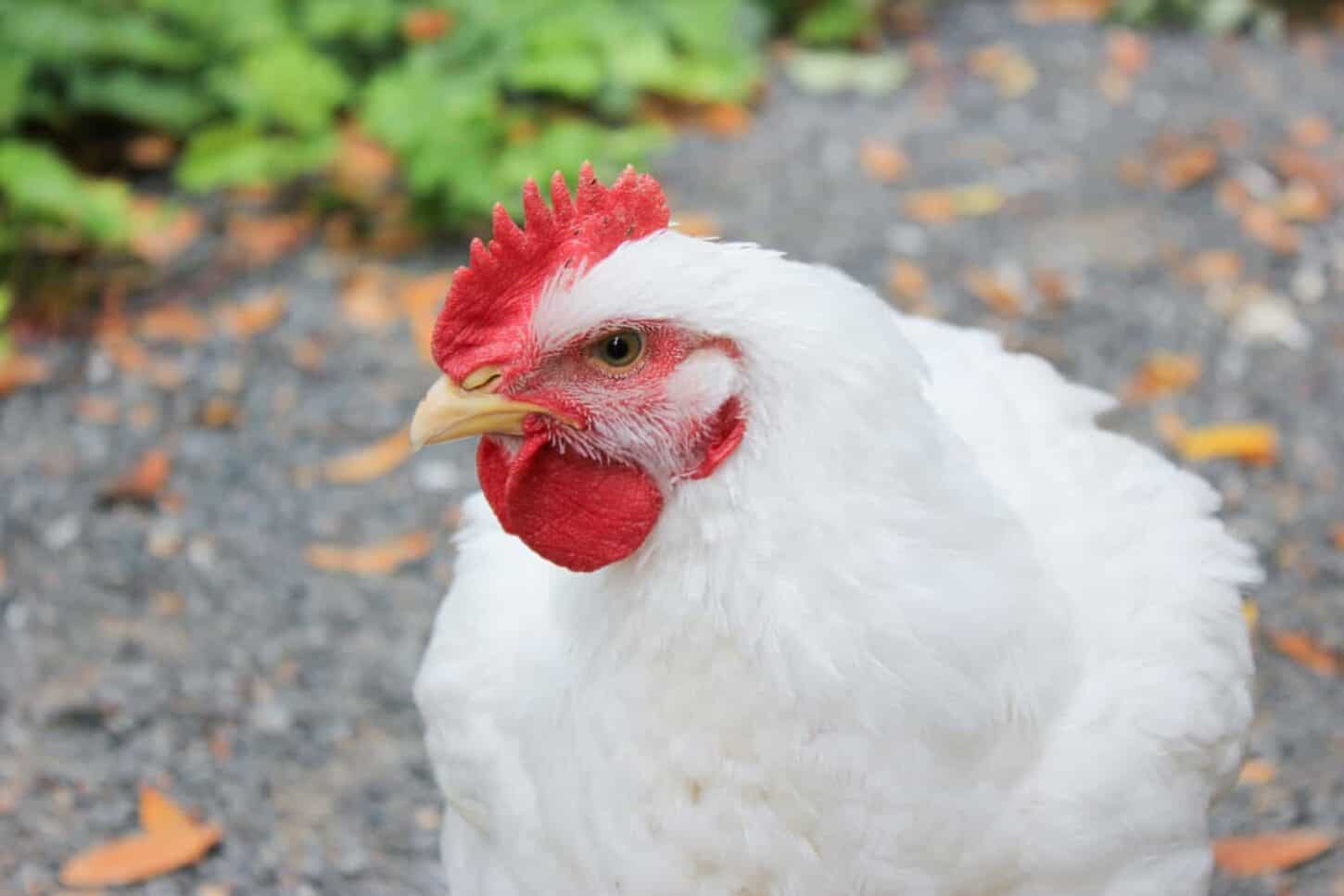 Driving through the Eastern Shore of Maryland one sunny morning this summer, I passed truck after truck packed full of chickens bound for slaughter. It broke my heart seeing hundreds of chickens crammed into cages, frightened and terrified on the way to the end of their lives.

While I’d been well aware of the abuse these animals endure on factory farms, their suffering had been abstract, more theoretical to me. That was until I met Iann.

Iann—named by his rescuers (short for I am Not a Nugget) — was a chicken who was rescued from a factory farm. Prior to being saved, he was just one of the billions of chickens raised in the industrial meat industry. His path post-rescue led him to stay with my family in California for a few days until a more permanent sanctuary could be found. 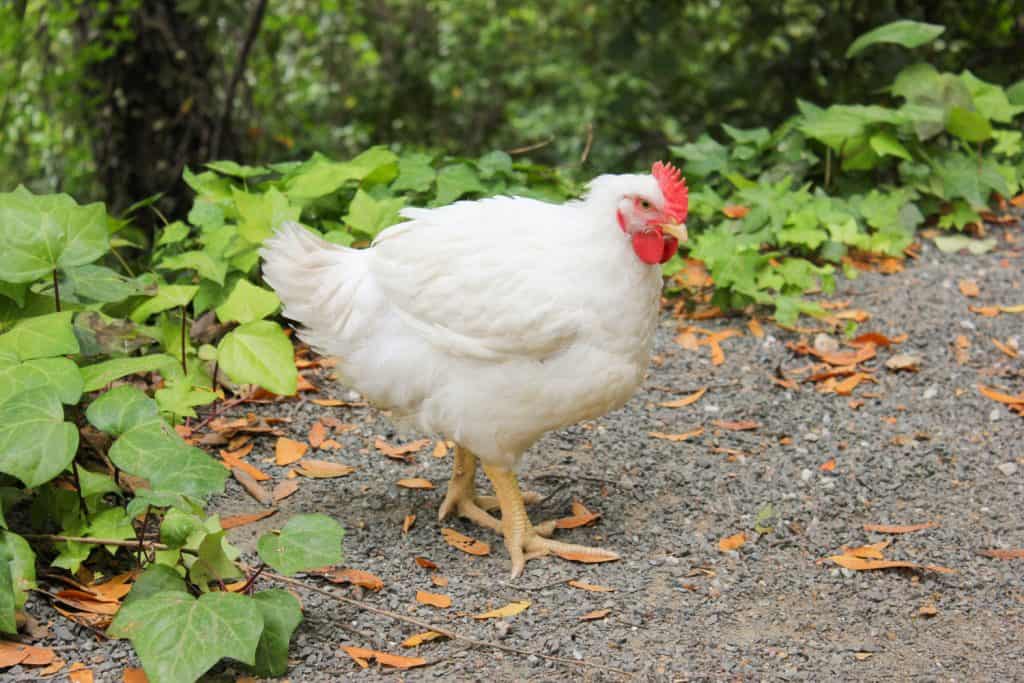 Due to Big Agriculture’s genetic manipulations of its birds, at a mere seven weeks old, Iann was already over five pounds. Just decades ago, chickens grew to just half that weight in more than the twice the time. According to University of Arkansas researchers, the rate chickens grow today is akin to a two-month-old baby weighing a whopping 660 pounds!

This unnaturally rapid growth causes chickens tremendous suffering like crippling leg and foot deformities. They often grow so large their legs are unable to support the weight of their bodies, so they spend their days sitting in their own defecation, scalding their skin. Even taking a breath can be difficult since these animals are confined inside large ammonia-filled warehouses. Because chickens and are not given outdoor access, they never breathe in fresh air or feel the earth beneath their feet. Sometimes chickens collapse of heart attacks because their organs are unable to keep up with the disproportional size of their bodies.

Fortunately, change is beginning to happen with some of the world’s biggest food companies committing to improve the welfare of chickens within their supply chains, moving towards healthier genetic strains of animals, providing enrichment and less cruel methods of slaughter. Earlier this year, chicken giant Perdue made a major announcement, pledging to meet the growing concerns of consumers by raising chickens according to higher animal welfare standards. This includes giving chickens more space as well as providing enrichment in order to allow natural behaviors and activity, and shifting away from the most inhumane slaughter systems that are pervasive in the poultry industry.

While the current system was created for efficiency, animals continue to pay a steep price—not to mention the neighbors of these facilities. Chesapeake Bay residents have long been victims of the poultry industry, sometimes unable to even open their windows due to the stench that factory farms produce. Residents also contend with fly infestations so thick they don’t want to go outside. Some residents report that family members won’t visit them because of the disgusting outdoor odors.

These massive factory farms emit tremendous amounts of waste, too. In 2014, the Chesapeake Bay, the nation’s largest estuary, experienced a dead zone of more than a cubic mile, which scientists attribute to waste and runoff from nearby chicken farms.

Millions of people are eating less meat and putting more plant-based foods on their plate. We can all do our part to practice compassionate eating by following the Three Rs: “reducing” or “replacing” consumption of animal products, and “refining” our diets by choosing products from sources that adhere to higher animal welfare standards. It’s as simple as swapping a chicken sandwich with a bean burrito.

As I was traveling, my husband sent me a video of Iann taking a dust bath in our garden. 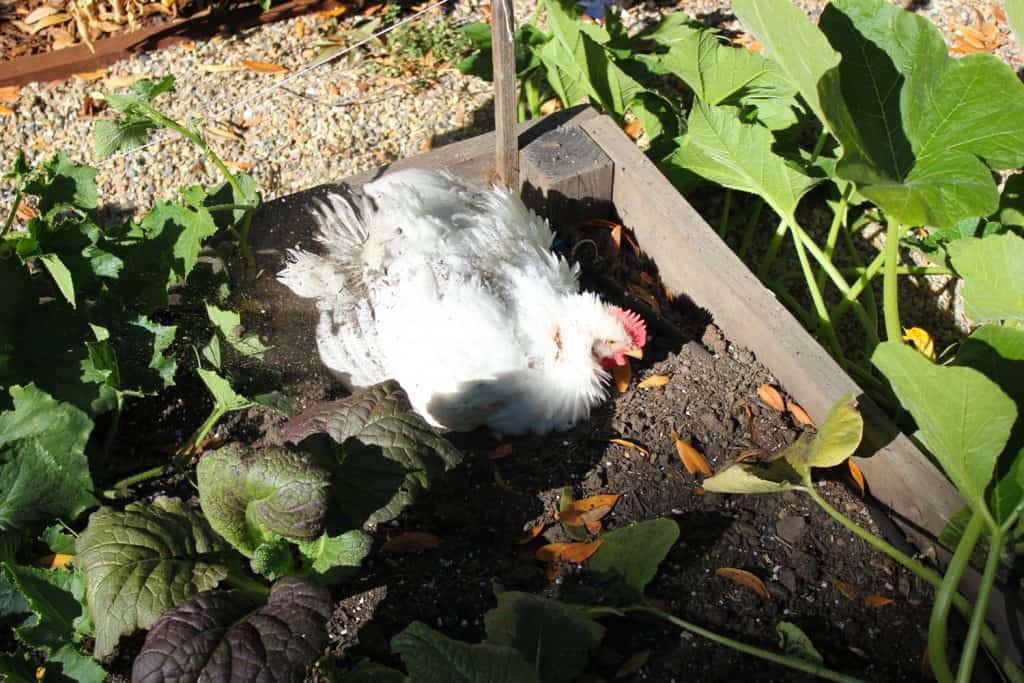 As he flung the dirt and dust over his feathers, he seemed to be delighting in the pleasure of doing something he was never able to do when confined in a factory farm: simply be a chicken. My hope is one day all chickens will be able to engage in their natural behaviors. It is up to the food industry, as well as all of us, to make that more humane vision of the future a reality.

Learn a bit more about chickens:

Kristie Middleton is the managing director of Farm Animal Protection for Maryland-based The Humane Society of the United States and the author of MeatLess: Transform the Way You Eat and Live—One Meal at a Time.