You Are Here: Home → Heroic Rescuers Save Calves Discarded by the Dairy Industry

Heroic Rescuers Save Calves Discarded by the Dairy Industry 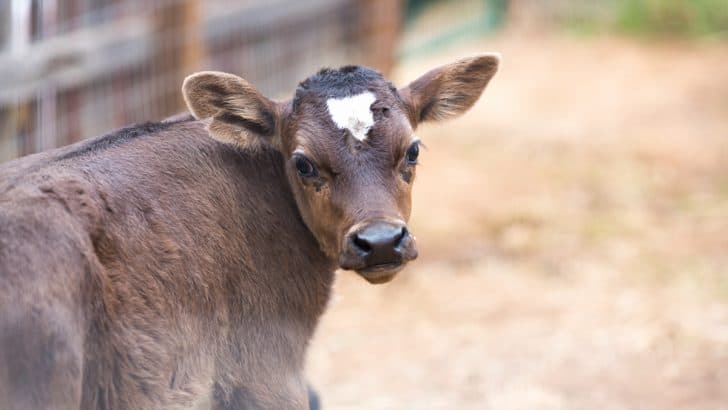 Animal Place sanctuary in Grass Valley, California rescues and rehabilitates hundreds of animals every year and either finds them homes or provides sanctuary for them to live out the rest of their lives in peace.

Recently, Animal Place received a call about 12 calves that had been purchased from a dairy farm by a well-intentioned activist who wanted to ‘save’ them. Sadly, the “rescue” group that she brought them to neglected the calves for an entire week until Animal Place stepped in.

In early October, Animal Place arrived to find the calves living in their own filth, emaciated, and in respiratory distress. They quickly rushed the calves to the UC Davis Veterinary Center where they received the best care. The calves were already so sick with diseases from the dairy farm and neglect at the so-called “rescue” that even with the best care, several of the babies didn’t make it.

Today we’re here to share the story of those who did. Five of the calves survived, and right now they are recovering with lots of love, veterinary care, and TLC at Animal Place.

As they are starting to feel better their personalities are emerging, and they’re becoming increasingly curious, playful, and happy in their newfound freedom. They will live out the rest of their lives in peace at the sanctuary.

This story is not unique. Though we rarely hear about the suffering and death of calves in the dairy industry, it’s commonplace on dairy farms all around the world—from factory farms to smaller “family” farms. Many people don’t realize that male calves are of little use to the dairy industry because they will never produce milk, and because of that they are torn from their mothers soon after birth and discarded or sold for veal. It’s heartbreaking.

Please help put an end to this cruel industry plagued by systemic violence. You can make a positive impact and reduce tremendous suffering through your everyday food choices. It’s as simple as choosing vegan.

This garlic sesame sautéed #kale is one of my fa

Love comes in all shapes and sizes. ❤️🧡💛

Simple food can be the best food! 🌱💕😊

Which is YOUR favorite?